“Melting Me Softly” tells the story of Ma Dong Chan (played by Ji Chang Wook) and Go Mi Ran (played by Won Jin Ah), who participated in a project to be frozen for 24 hours and through a serious of events, ended up waking up after 20 years.

Ma Dong Chan has now publicly revealed that he was frozen for 20 years in the hopes of finding a solution to a side effect, where he must keep his body temperature under 33 degrees Celsius. He made the decision after determining that he couldn’t keep waiting for professor Hwang Gap Soo (played by Seo Hyun Chul) to regain his memory.

He stands in the middle of two romances, one from 1999 and one from 2019. He has been looking after Go Mi Ran and worrying about her health as he was the reason she had participated in the project. Though guilt was what drove him to stay near her at first, other feelings seem to be blossoming as they spend more time together. On the other side is Na Ha Young (played by Yoon Se Ah), who was in a relationship with him 20 years ago before he was frozen and can’t let him go.

The new stills show Ma Dong Chan getting some exercise in at a swimming pool. He checks the smart watch on his wrist, and seems to be in deep thought about something. The smart watches are worn by Ma Dong Chan and Go Mi Ran to monitor their vital signs, and they may play a role in the growing romance between the pair. In the teaser that aired after the previous episode, Ma Dong Chan grabs Go Mi Ran’s hand and looks at her smart watch as he says, “Why is your heart rate going up? Is your heart racing [because of me]?” 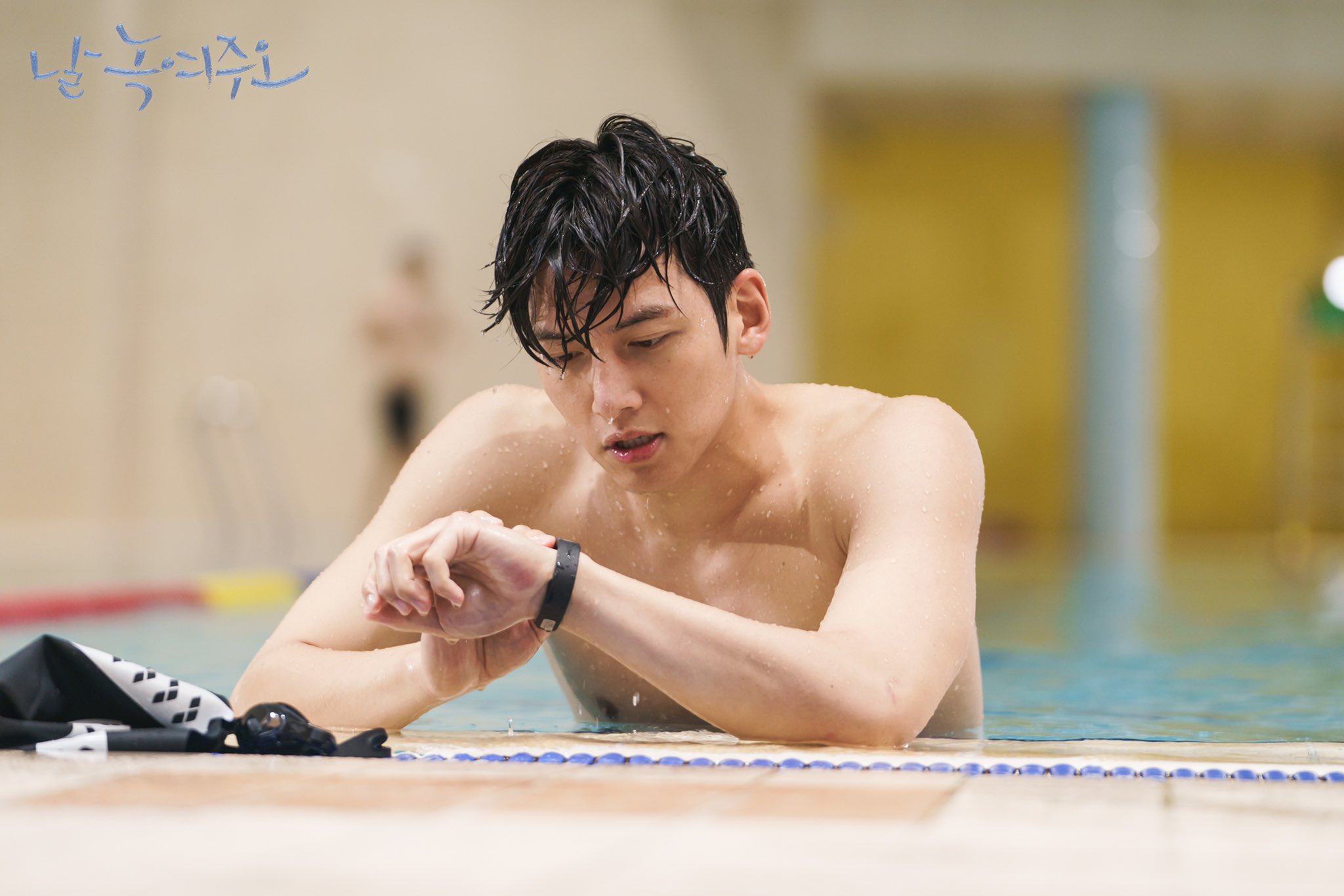 The upcoming episode of “Melting Me Softly” will air on October 19 at 9 p.m. KST.

Ji Chang Wook
Melting Me Softly
How does this article make you feel?