BTS shared a “character trailer” for new characters that will be available at their pop-up store “HOUSE OF BTS”!

Located in the neighborhood of Gangnam, the store will be open for 80 days from the launch on October 18 at 10 a.m. KST.

The large-scale pop-up store is described as an upgrade from the previous world tour pop-up stores and boasts new content including over 200 types of official merchandise displayed in experience-centered showrooms. Special BTS-themed food and beverage can also be found at the store.

In the basement, the main showroom focuses on BTS’s album “MAP OF THE SOUL: PERSONA.” There’s also an AR kiosk that allows fans to take photos with BTS characters. 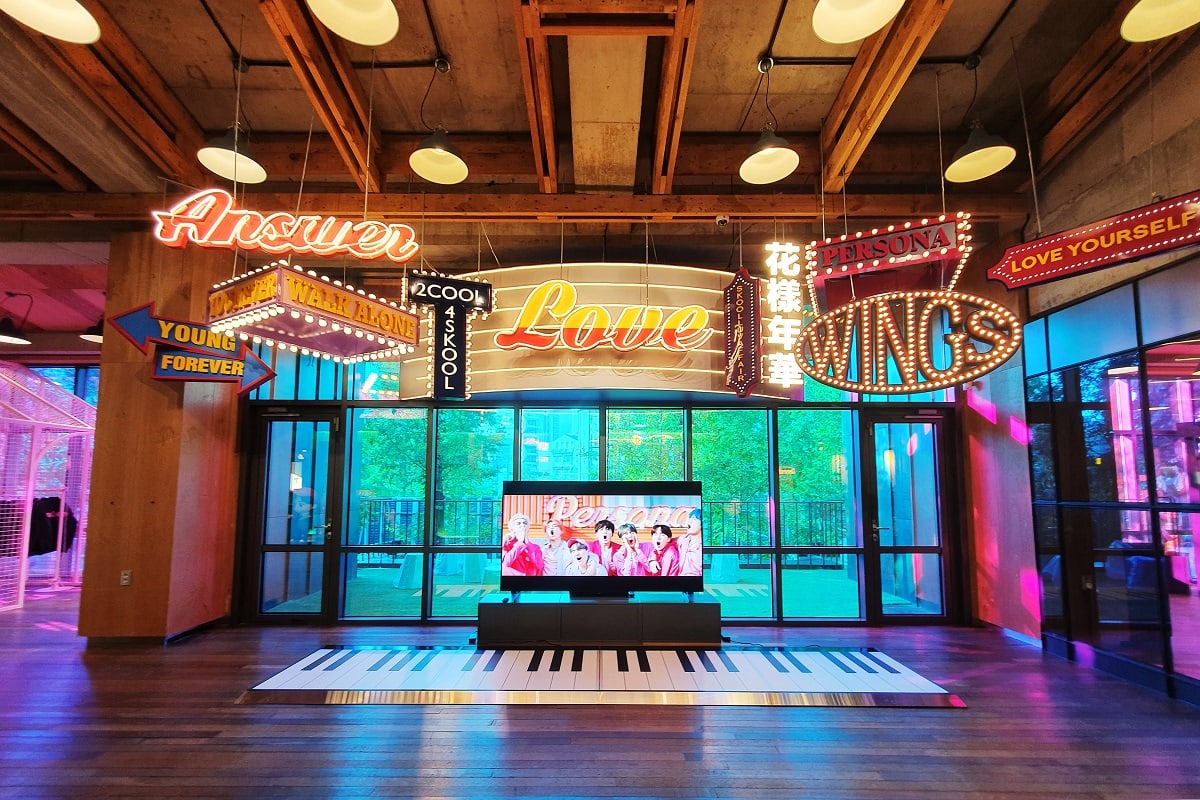 The second and third floors aims to make visitors experience a variety of senses. You can enter a projection room that is “DNA” themed and play around with moving different parts for a fantasy-like experience.

Plenty of photo opportunities will be available with the “Boy With Luv” zone which includes a floor piano like the one seen in BTS’s music video. Likewise, there’s a bus stop modeled after the one in “The Most Beautiful Moment in Life: The Notes.” 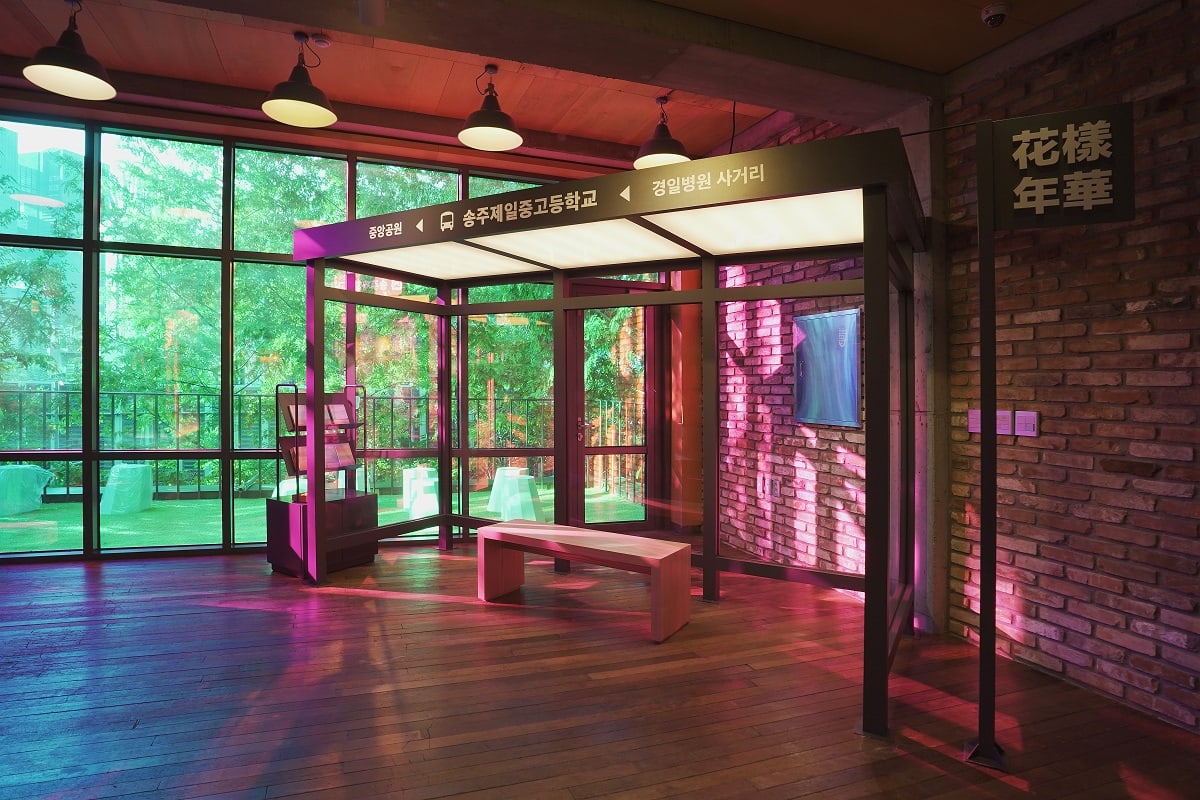 “HOUSE OF BTS” also has an Army Bomb zone in a garden on the third floor. This area has large-sized Army Bombs installed for a fun experience.

The pop-up store also carries new merchandise based off of hit tracks including “DNA,” “MIC Drop,” “Fake Love,” “IDOL,” “Boy With Luv,” and more. During their “LOVE YOURSELF: SPEAK YOURSELF” tour, their pop-up stores carried signature city merchandise. Now, the Seoul version will be available at “HOUSE OF BTS” for the first time. 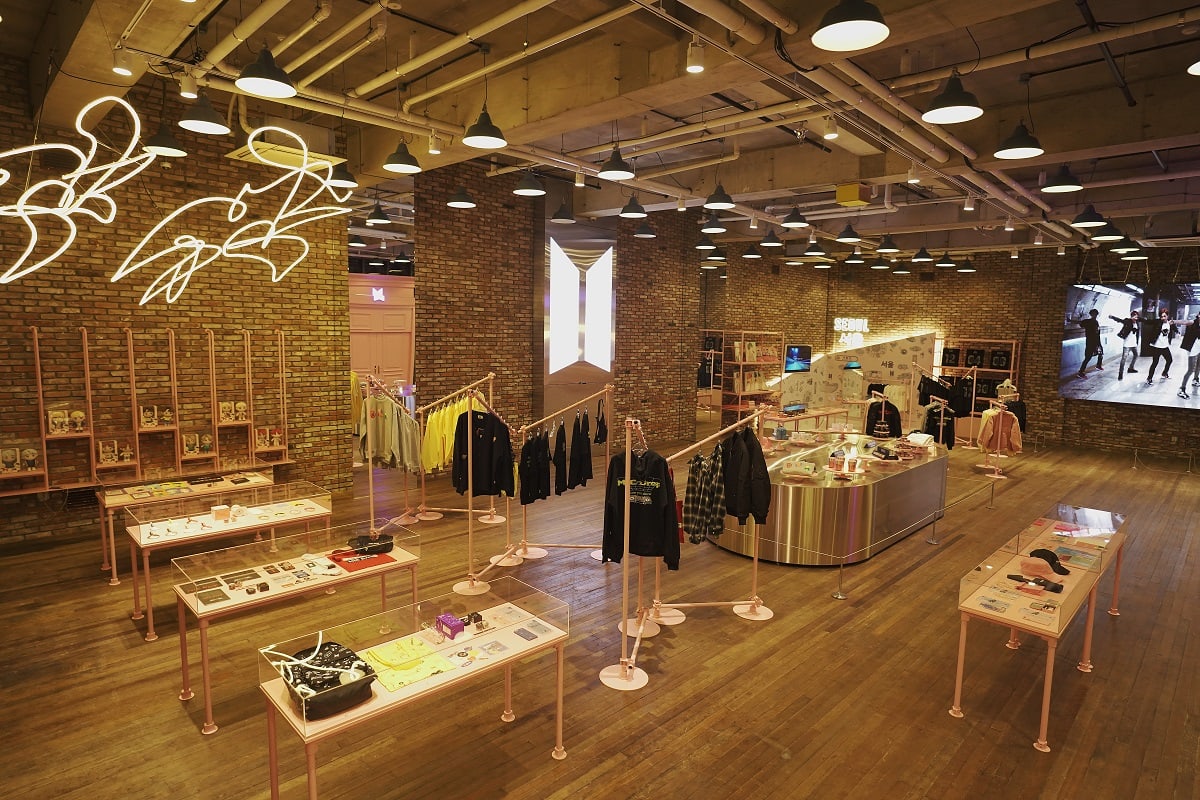 “HOUSE OF BTS” will also open in Tokyo, Osaka, and Fukuoka from November 23 to December 29.

Big Hit Entertainment described the pop-up store as “a large-scale multiplex space where one can enjoy BTS’s contents in a variety of forms” and revealed that “the store will be updated with different formats and contents so that visitors can continue to enjoy new experiences.”

Later this month, BTS will be holding their “LOVE YOURSELF: SPEAK YOURSELF [THE FINAL]” concerts on October 26, 27, and 29 at Seoul Olympic Stadium.