“Extraordinary You” tells the story of a high school student named Eun Dan Oh (Kim Hye Yoon) who discovers that she is a character in a manhwa (Korean comic). When she meets a nameless extra in the story (SF9’s Rowoon), she decides to go against her predetermined fate and find true love.

In addition, director Yoon Kwon Soo told a behind-the-scenes story about how the team reflected the warm and fresh colors that the original webtoon carries through the drama. He said, “I picked out the key colors I felt were important while reading the original webtoon, and I expressed [those colors] by painting it onto the drama as well. There are a lot of people around me who tell me that it’s like they’re reading the webtoon when they watch the drama. If they felt that way, I think the intended visuals were delivered well to viewers.” 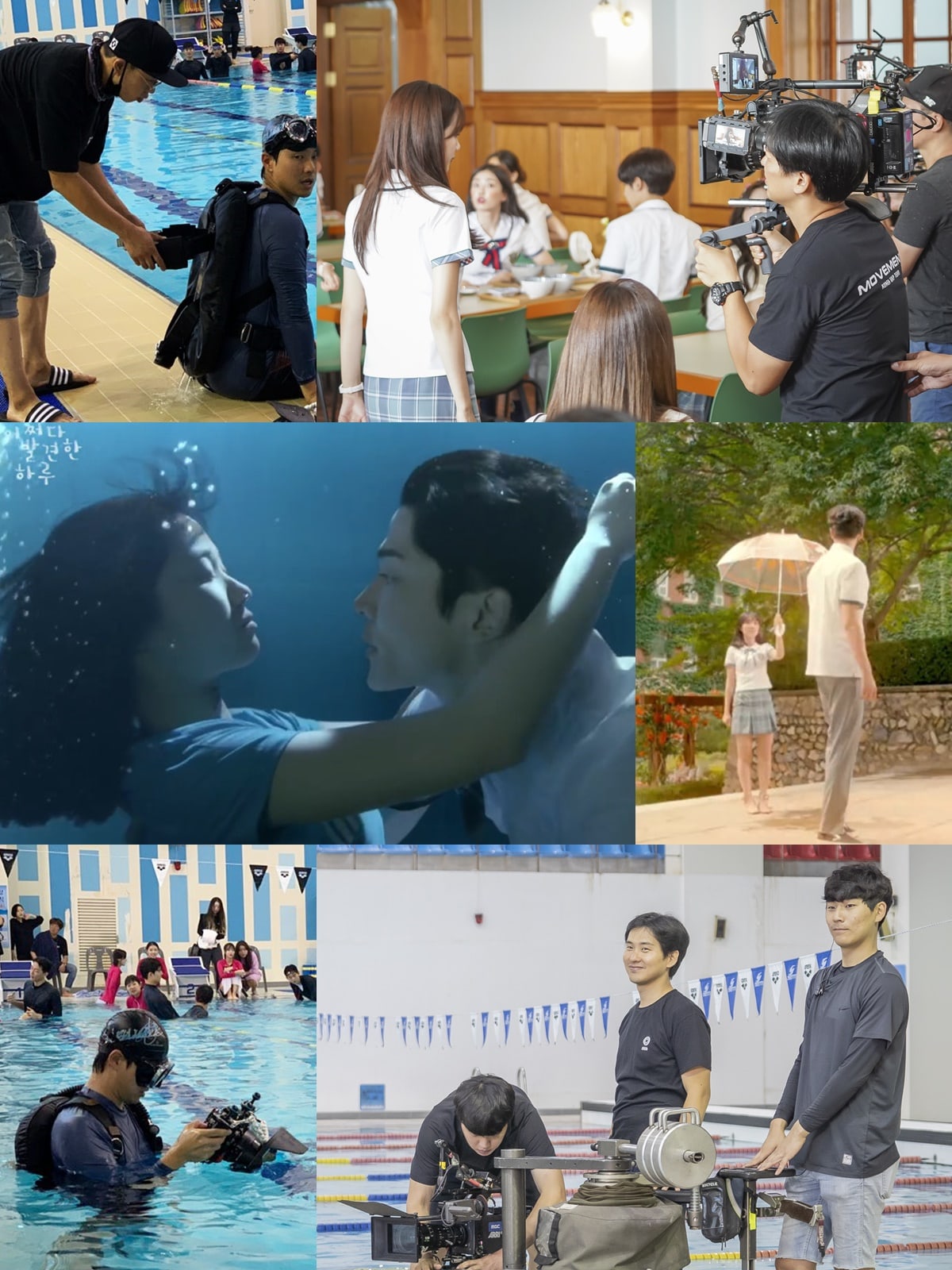 Director Yoon Kwon Soo continued, “The camera director is the person who’s in closest proximity to the actors on set. When the front of the camera is comforting and stable, the actor’s acting can be perfect. On the day of the press conference, every time one of our actors came out for the photo session, we cheered for them. Later, Jung Gun Joo (who plays Lee Do Hwa) said that he was really nervous at the time, but when he saw me, he felt relaxed. I was happy then too.”

The director also filmed an underwater scene where Ha Roo saves Eun Dan Oh. He was able to work with the actors to produce beautiful underwater scenes with delicate, soft camera work, which resulted in the episode having high viewership ratings during that scene and an explosive response.