Get ready for more than one set of sparks to fly on KBS 2TV’s “The Tale of Nokdu”!

According to the drama’s producers, Nokdu and Dong Joo’s first kiss will lead to new tensions between the three characters entangled in the story’s main love triangle. They teased, “The unpredictable love triangle between Nokdu and Dong Joo, who have begun to fall deeply for one another, as well as Yul Mu, is just now kicking into gear. [The changes] will increase both the tension and the heart-fluttering feelings caused by their romance.”

On October 20, the drama also released a new sneak peek of the changing dynamics between the three leads. One set of photos shows Nokdu gazing imploringly at Dong Joo and appearing to plead with her while she stares coldly back at him, hinting that things between them have taken an unfortunate turn since their romantic first kiss. 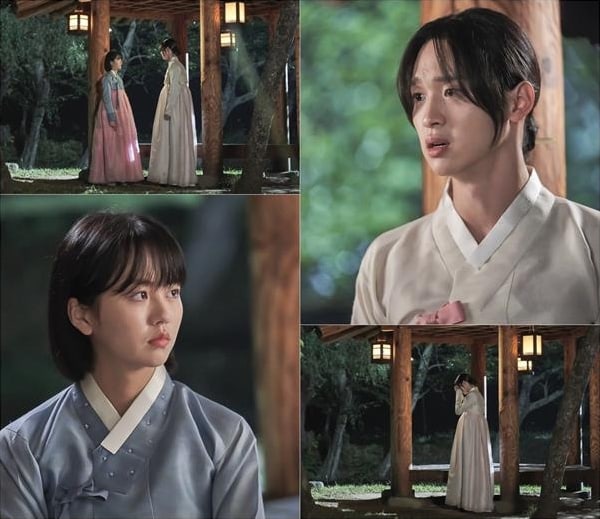 Meanwhile, another set of photos captures a tense moment between Nokdu and Yul Mu, who now knows his secret. Despite his vulnerable situation, Nokdu looks undaunted as he levels a challenging gaze on the equally frosty Yul Mu. 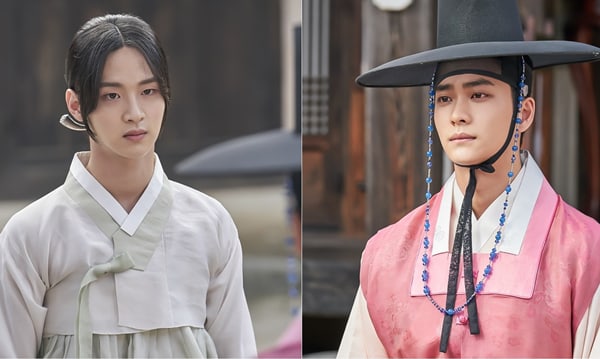 The producers of the drama added, “As Nokdu and Dong Joo’s feelings grow stronger, the destiny in which they are entwined will start to change as well. You can safely look forward to the plot as it grows even more dynamic and engrossing.”