“Extraordinary You” Cast Has Cute Chemistry Even Off-Camera

MBC’s “Extraordinary You” has shared an adorable new glimpse of its stars behind the scenes!

On October 20, MBC released new photos of APRIL’s Naeun, Jang Gun Joo, and Kim Young Dae hanging out together on set. In the drama, the three actors’ characters are entangled in a tense love triangle: Oh Nam Joo (played by Kim Young Dae) and Lee Do Hwa (played by Jung Gun Joo), a pair of best friends who are also the No. 1 and No. 2 most popular students at their school, find themselves facing off as rivals for the affections of Yeo Joo Da, a beautiful and kind girl who maintains her cheerful optimism despite being teased for being poor (played by Naeun).

Even when the cameras aren’t rolling, the chemistry between the three stars is still palpable—one photo features Jung Gun Joo and Naeun looking like a real-life pair of high school sweethearts, while another captures an adorable moment between Naeun and Kim Young Dae.

The new photos also offer a glimpse of what the actors are really like behind the scenes: Naeun glows with a sunny aura that closely resembles that of her character Yeo Joo Da’s, but in contrast to his frosty, aloof character, Kim Young Dae wears a sweet, playful smile as he poses for the camera. 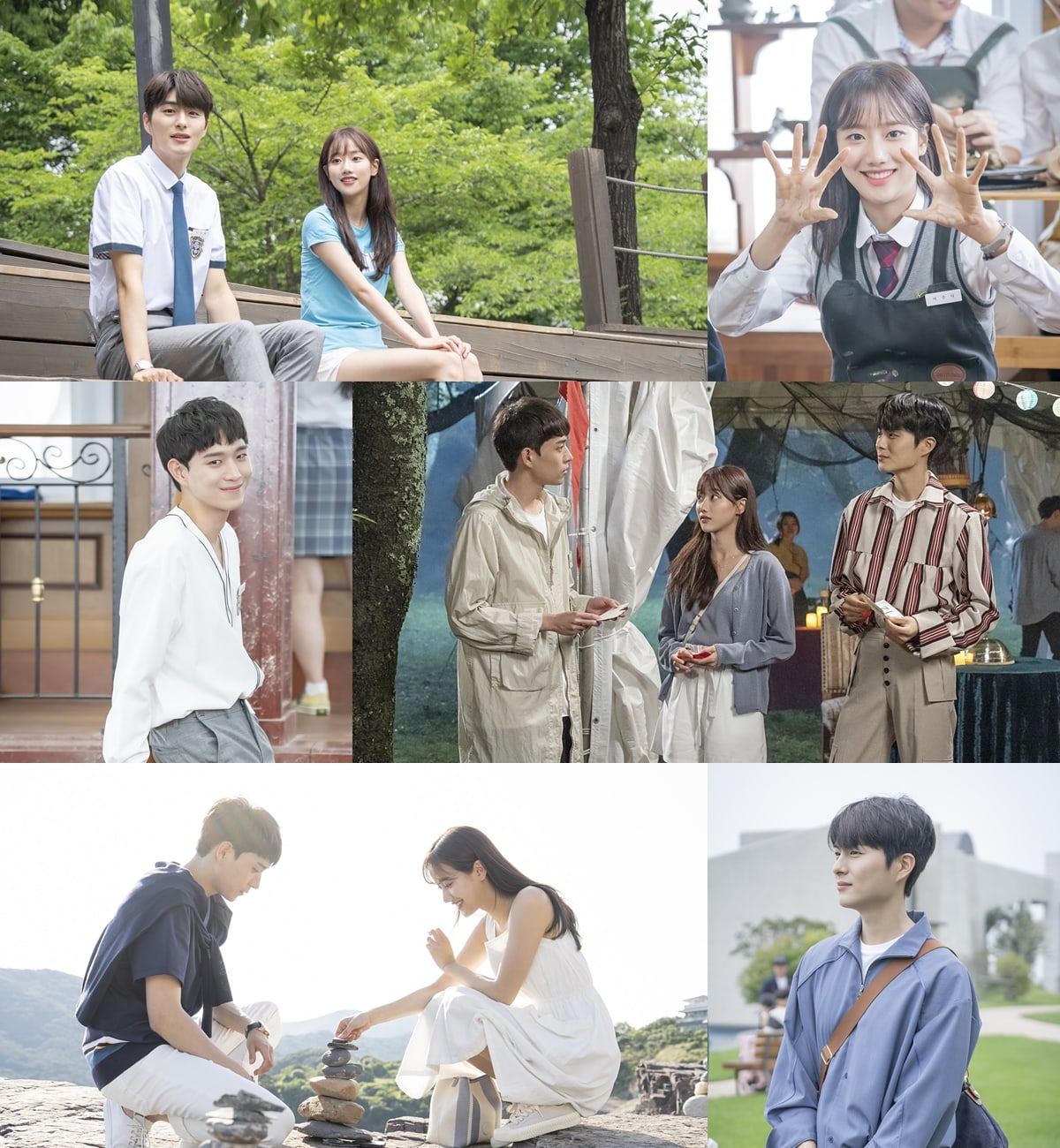 “Extraordinary You” airs on Wednesdays and Thursdays at 8:55 p.m. KST. Catch up on the latest episode with English subtitles below!