On the October 20 broadcast of SBS’s “Master in the House,” the cast members each revealed their official records from when they were students.

Unfortunately for the members, this led Lee Sang Yoon, Lee Seung Gi, and Yang Se Hyung to feel the big age gap between themselves and Yook Sungjae. This all began when Yook Sungjae asked about an unfamiliar subject called “Nature” written on the records of their master. Lee Seung Gi and Yang Se Hyung had to explain that the subject existed when they were in sixth grade. After their explanation, Yook Sungjae figured out that the subject had been changed to “Science.” 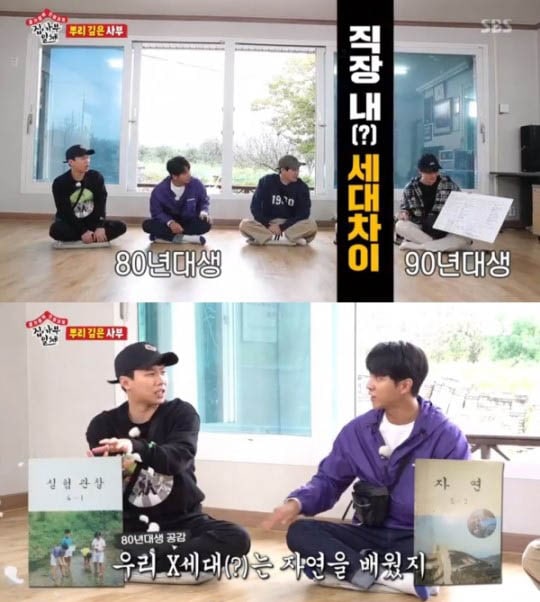 They continued to feel a generation gap when Lee Sang Yoon’s records looked similar to that of the master, Lee Seung Gi’s looked similar to Yang Se Hyung’s, and Yook Sungjae was the only one whose records were written digitally from a computer. When the cast members continuously teased Lee Sang Yoon for being old, he insisted, “We don’t have that big of an age difference!” 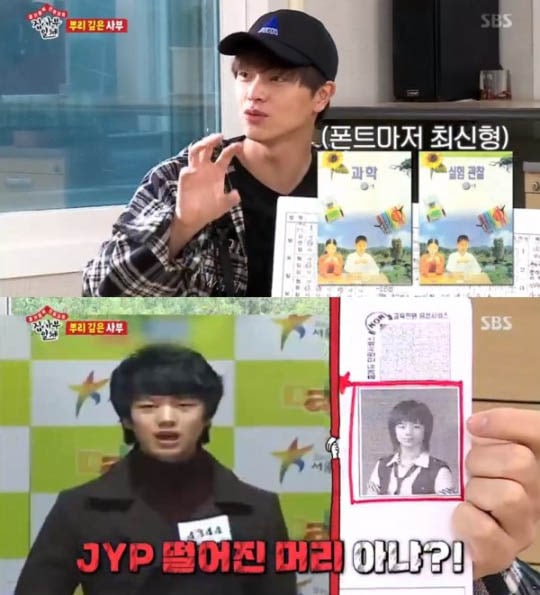 While looking at Yook Sungjae’s student records, the other cast members stated that it looked very new and somewhat like a resume. Yook Sungjae went on to explain the numerous awards he had won from drawing contests in elementary school. He revealed that his dream in elementary school was to become an artist, to which Lee Seung Gi responded, “He’s like a typical child from a rich family that we see in rom-com dramas. His parents probably wished for him to become a doctor, but he wanted to become an artist.”

After the other cast members noticed Yook Sungjae’s hilarious haircut in his student photo, the singer explained that the “shaggy” haircut was a huge trend back then. He also insisted that he was very popular with the girls in his school, going as far as to say, “My girlfriends would drag me by the arms from both sides.”

Catch up with the latest episode of “Master in the House” below!