The cast of SBS’s “Running Man” tried (and mostly failed) to find their composure in a hilarious “Try Not to Laugh” challenge!

On the October 20 episode of the variety show, several of the “Running Man” members were tasked with walking to a nearby convenience store and holding in their laughter at what they encountered in order to complete their mission. Although the premise was simple, the situations that the cast were thrown into put them in serious danger of bursting into giggles.

The first stage featured a female student done up with comically long nose hairs. Lee Kwang Soo tried his best to keep calm at the sight, constantly avoiding her gaze and visibly struggling to keep a straight face, which made the crew crack up. Afterwards, his partner Kim Jong Kook said, “That was really dangerous. This is the first time that I almost cried from holding in my laughter.” 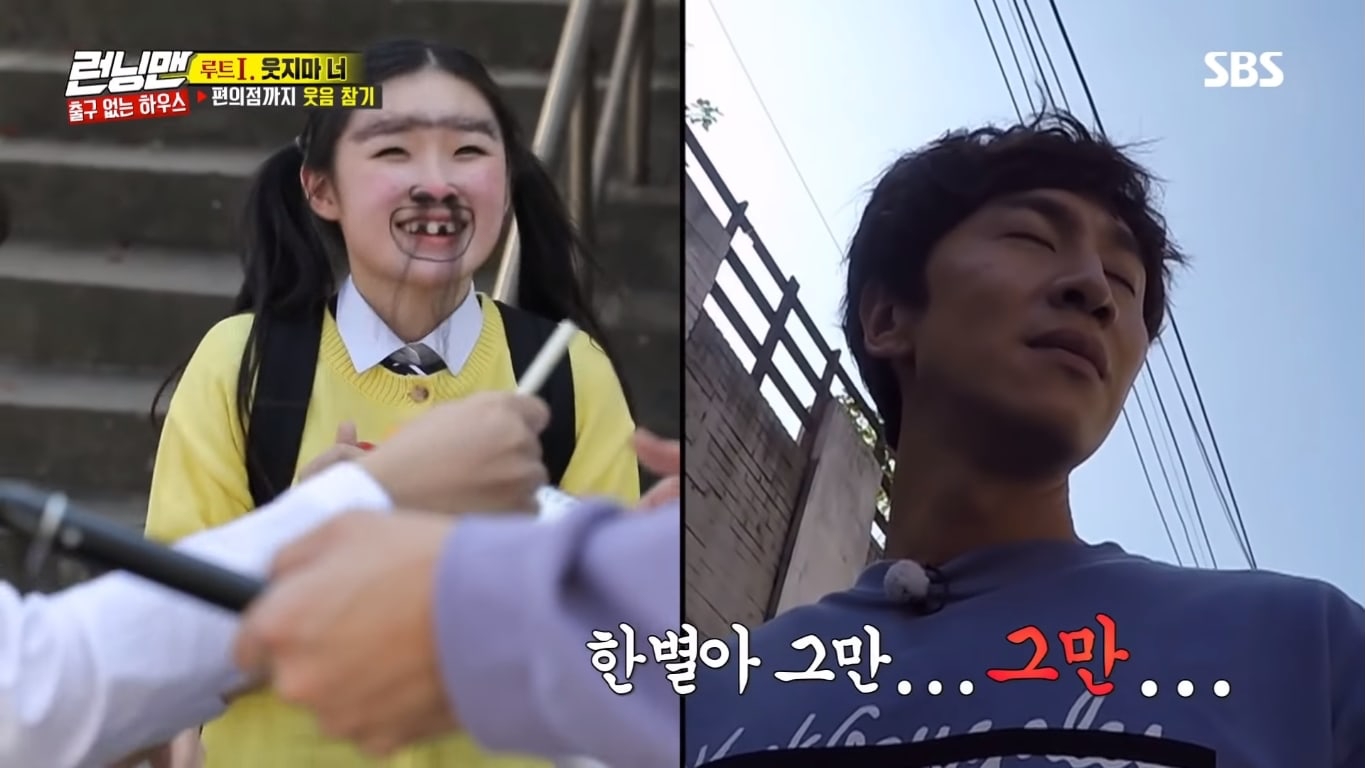 A short distance away was the next trial, which featured a lady selling fish-shaped pastries while wearing makeup to look like the Genie from “Aladdin.” Ji Suk Jin, who barely made it past the first stage, was unable to keep it together at this station, bending over with laughter after getting a close look at the woman’s blue face paint and beard. 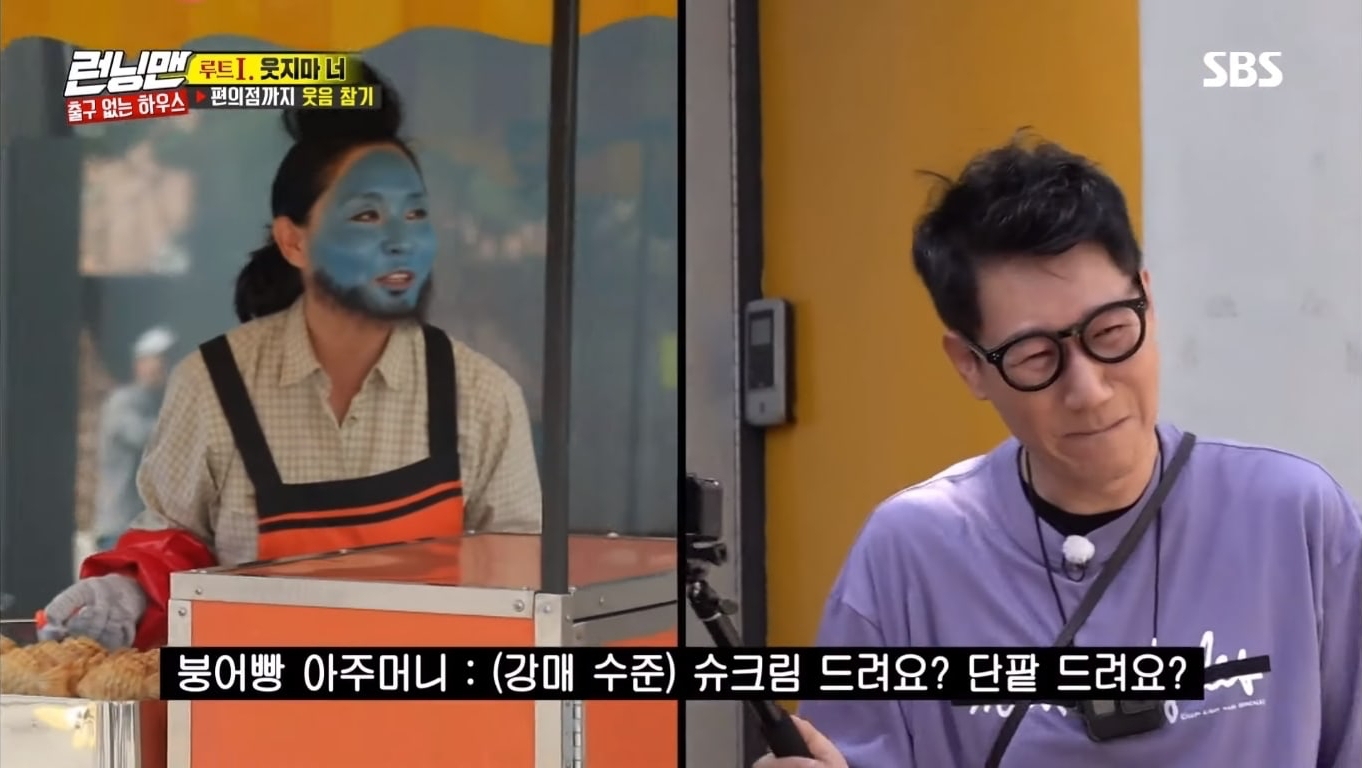 Yang Se Chan had been managing well until he came up against one of the assistant directors of the show, who was done up with painted-on glasses and a bald cap. The lethal move was an unexpected face drawn on the back of his head, which was visible when he bent to tie his shoe. Falling to the ground in laughter, Yang Se Chan yelled, “Why did you have to go that far!” 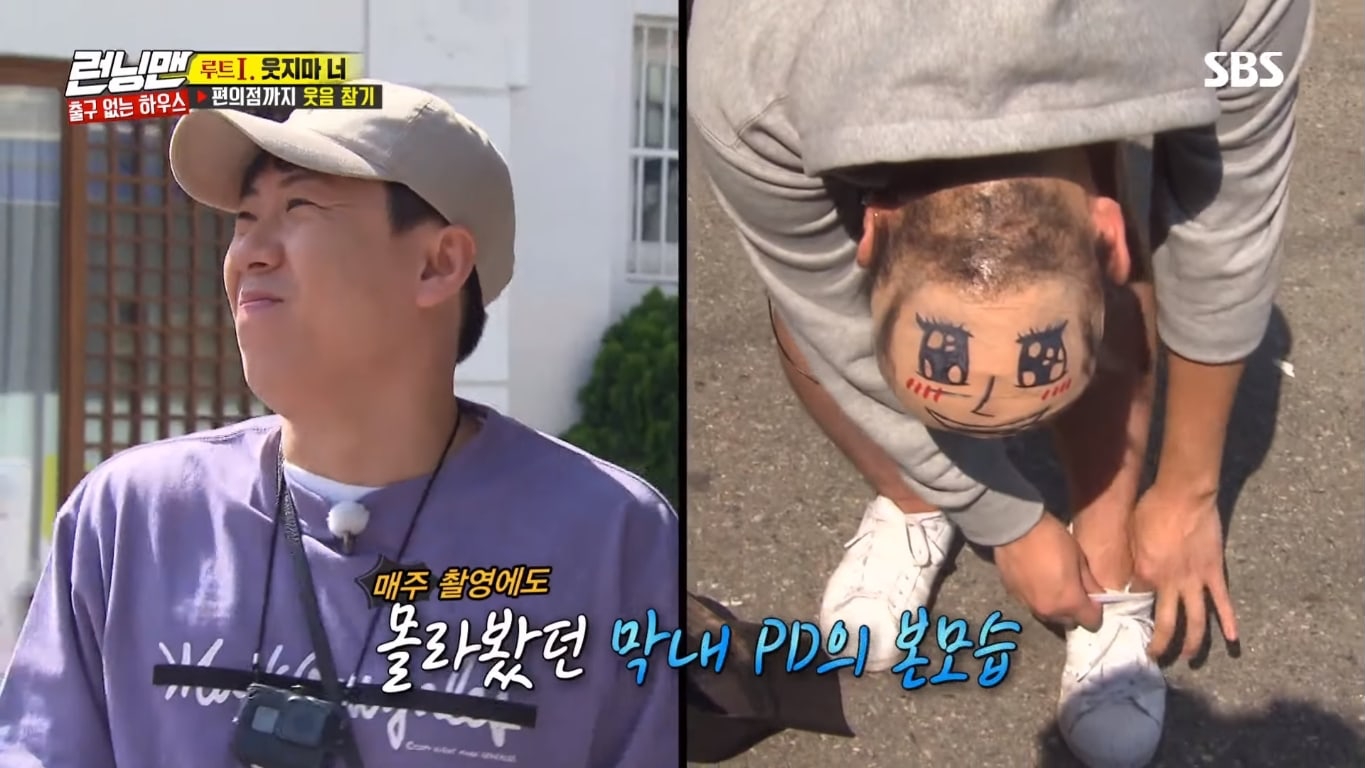 Lee Kwang Soo and Kim Jong Kook made it to the final level, which involved going into the convenience store to make a purchase. However, the moment Lee Kwang Soo opened the door, he immediately collapsed in laughter upon seeing his famous lookalike, basketball player Han Ki Bum, behind the counter. 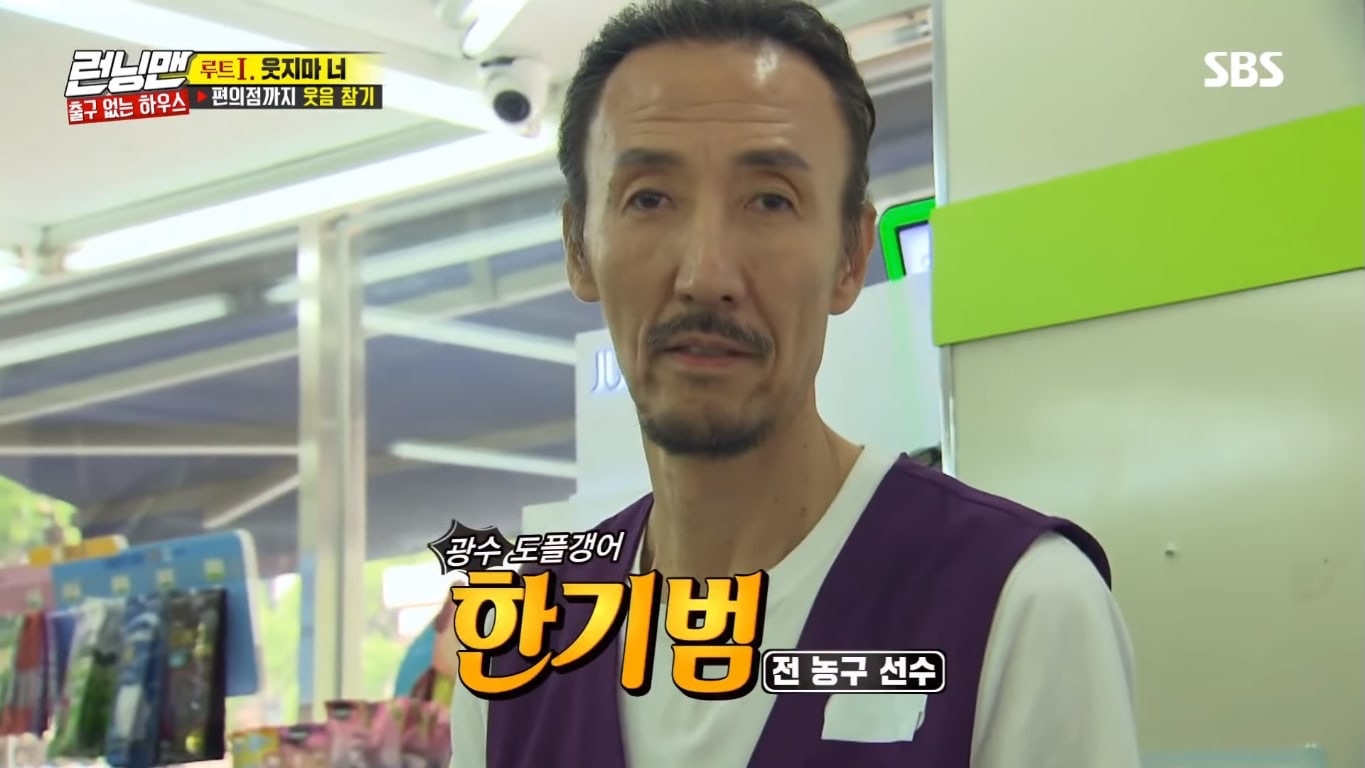 Finally, Kim Jong Kook went into the store alone and tried to fight off the giggles by pretending to sob loudly. When he approached the counter, Han Ki Bum showed off his comedic acting by imitating Lee Kwang Soo’s famous “Mosquito Song” from the sitcom “High Kick Through the Roof,” putting Kim Jong Kook in danger of falling apart. Ultimately, however, Kim Jong Kook was able to shake it off and escape, emerging the sole survivor of the challenge. 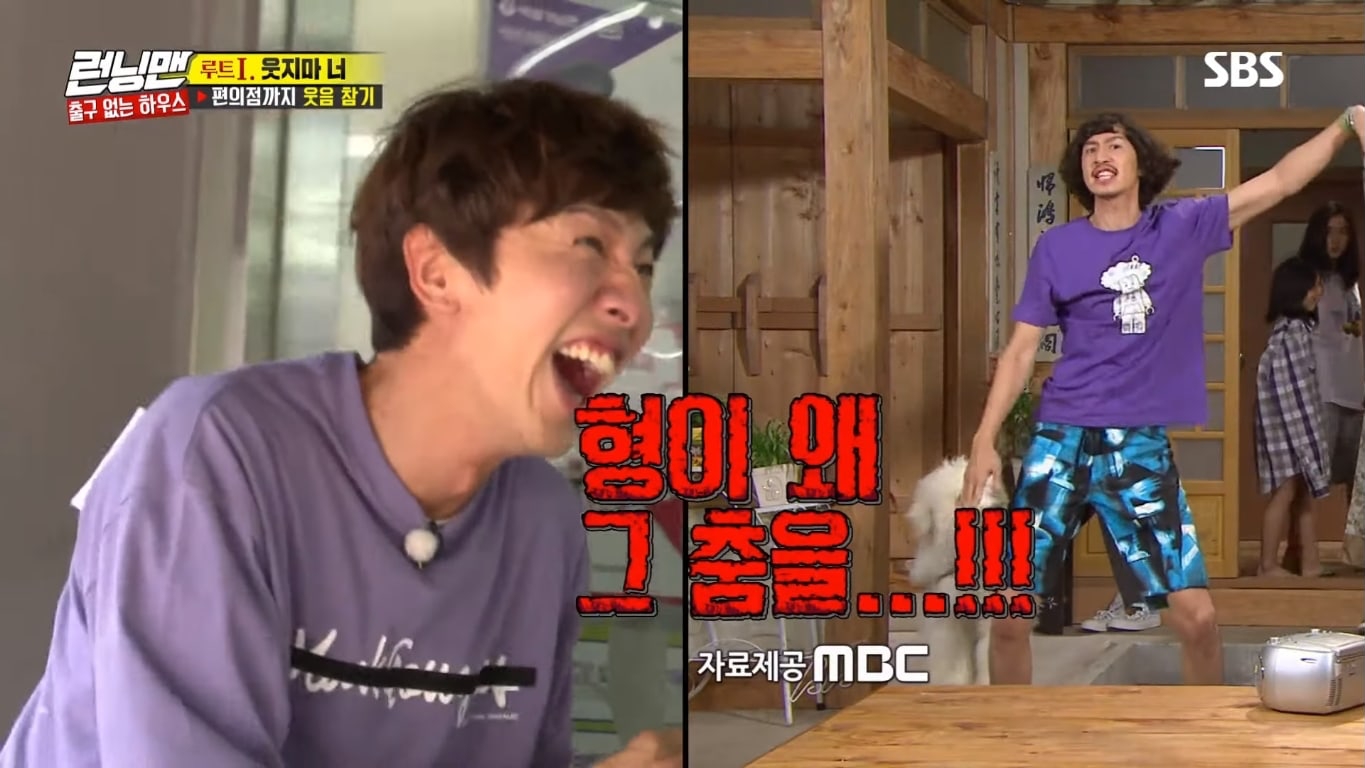 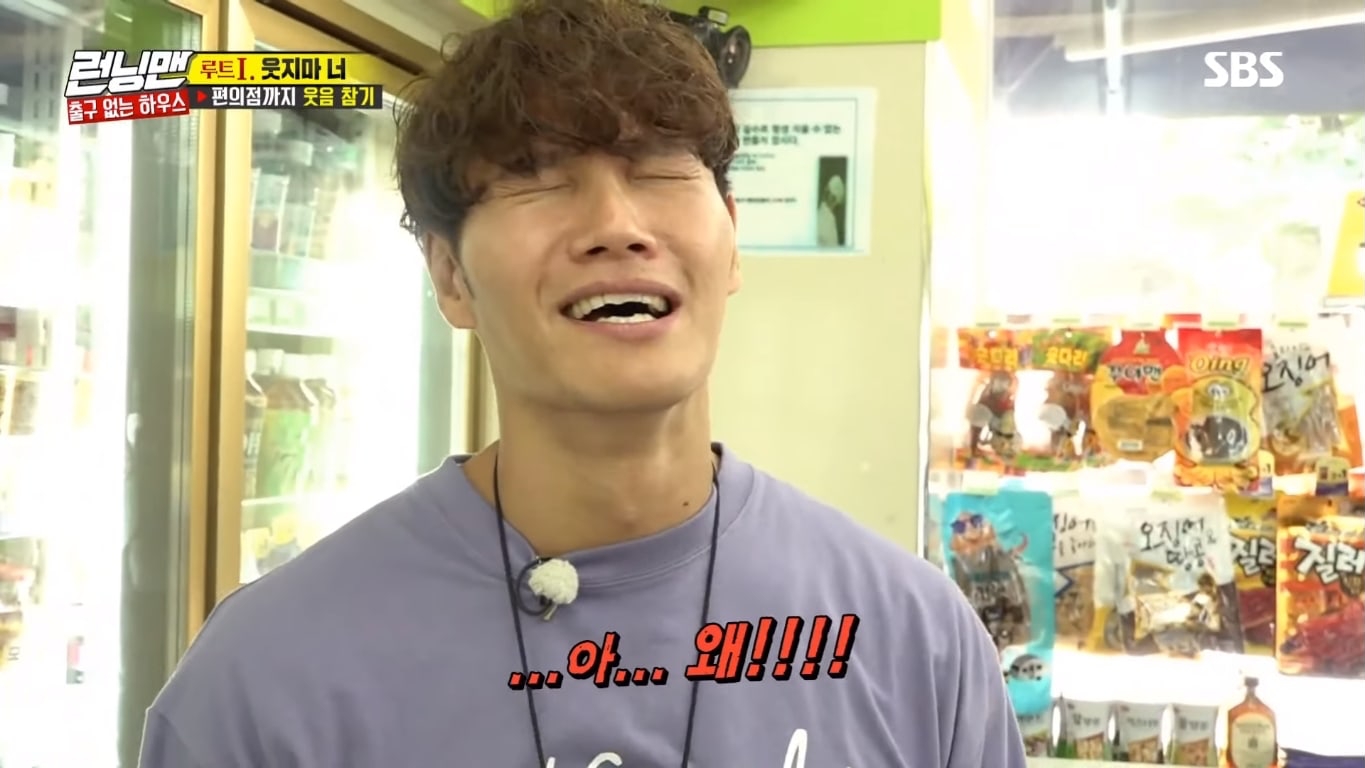