Male Stars Who Surprised Fans By Bulking Up

Stars are always trying to show new sides of themselves to fans. Some achieve this by changing up their hairstyles and fashion or experimenting with different music and acting roles. There are a handful of celebrities who take things to the next level by putting in hard work at the gym and pulling off a 180-degree transformation.

Here are six male stars who surprised fans with their new muscular builds! 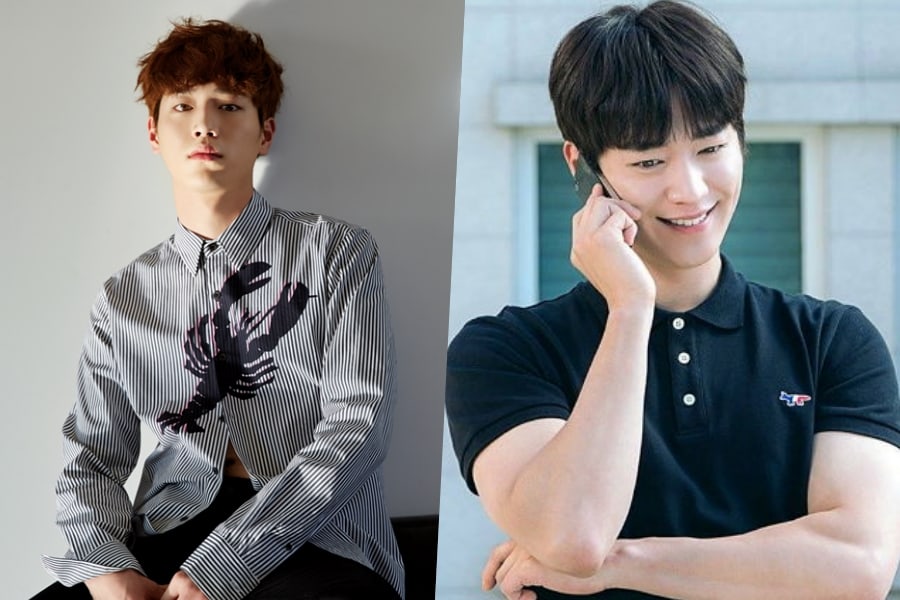 Seo Kang Joon has drawn lots of attention since his debut for his handsome, boyish features. However, as the actor began to take on more lead roles, he also started to bulk up, presenting a more imposing side of himself on screen.

Check out Seo Kang Joon in “Watcher” below! 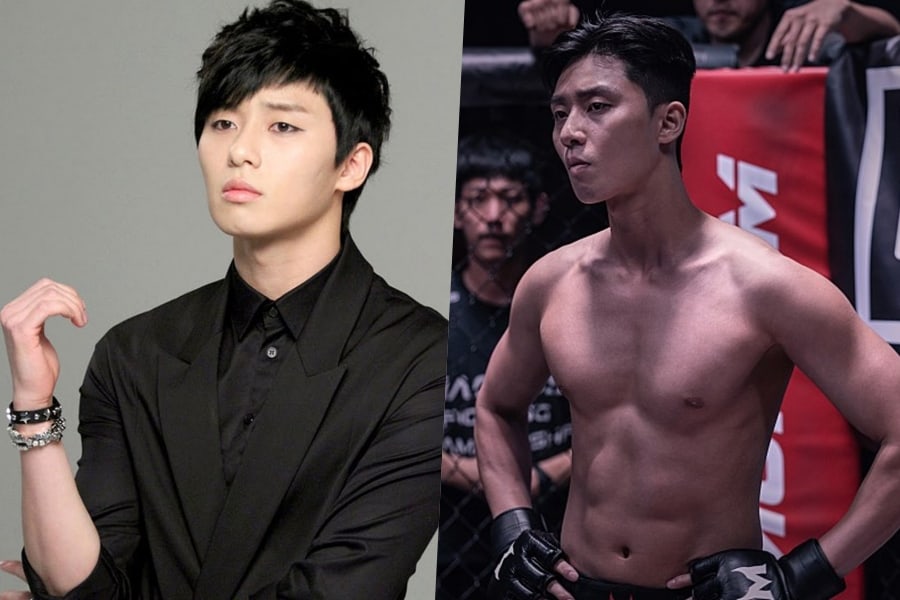 Park Seo Joon is well known for his tall, model-like physique and good looks. Although he charmed fans with his slender build in the beginning of his career, he began working out in preparation for his role in the 2017 action-comedy “Midnight Runners” and has since been hailed as having one of the hottest bodies in the Korean entertainment world. 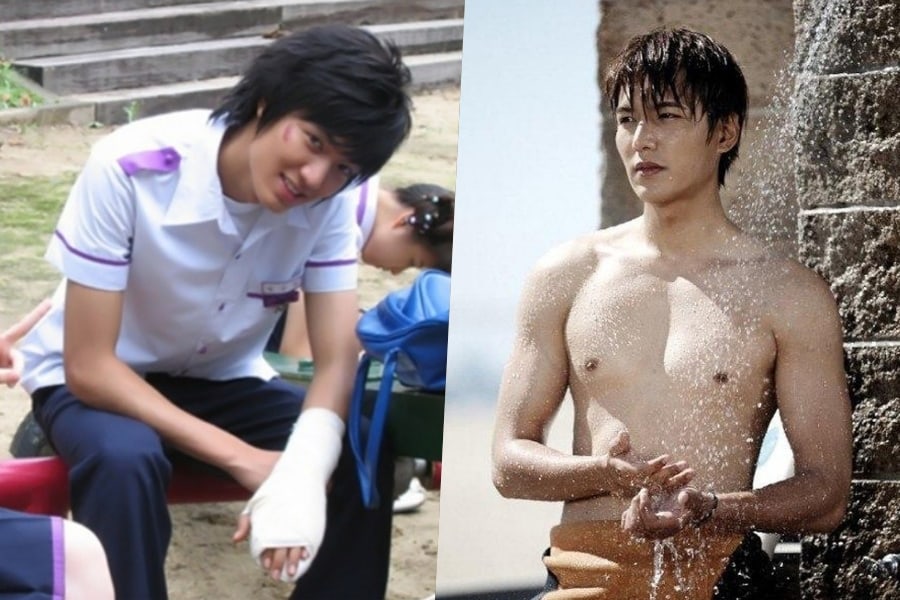 Fans were abuzz with excitement at the news of Lee Min Ho’s return to the small screen with the upcoming fantasy drama, “The King: The Eternal Monarch.” The actor is expected to show off a more muscular and charismatic side of himself as he takes on the role of an emperor in his first project since his military discharge. Even before his enlistment, he boasted impressive wide shoulders, which were the results of diligent dieting and training since his debut.

If you haven’t already, start watching Lee Min Ho in “The Legend of the Blue Sea” below! 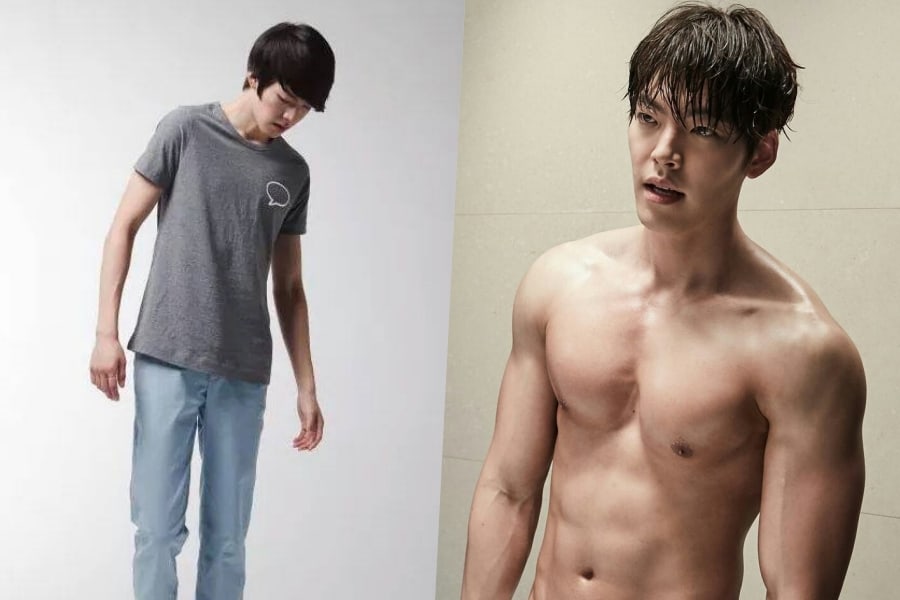 When he debuted as a model, Kim Woo Bin had a runway-ready slender build. As his acting activities expanded, however, he began to work out in order to fit more roles. Comparing his photos from then to now show the full effect of his transformation. 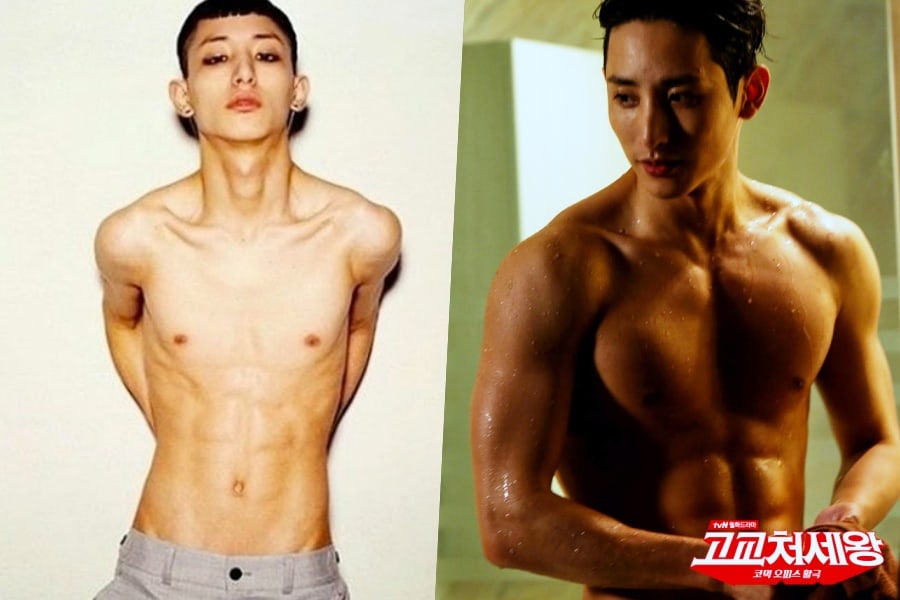 Lee Soo Hyuk is another model-turned-actor who made a drastic outer transformation during his career change. Though his muscles showed on his lean body during his model days as well, he bulked up considerably after he took on acting.

Watch Lee Soo Hyuk in “The Man Living in Our House” below! 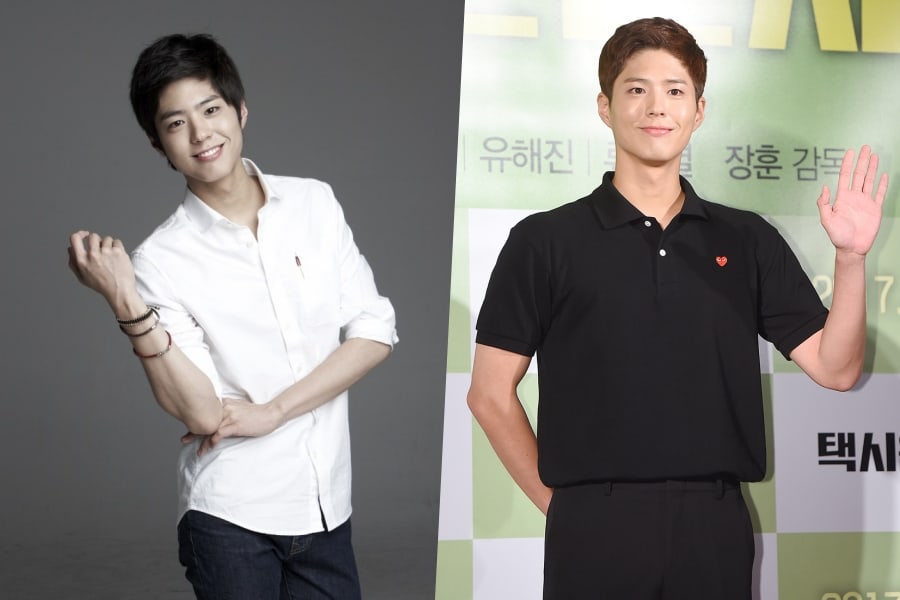 Beginning acting at a young age, Park Bo Gum made fans swoon with his boyish charm. When he started to transition into more mature roles, he transformed himself from a teen heartthrob to a charismatic male lead by putting in hard work at the gym. He continues to capture hearts in a different way now with his broad shoulders and firm chest. 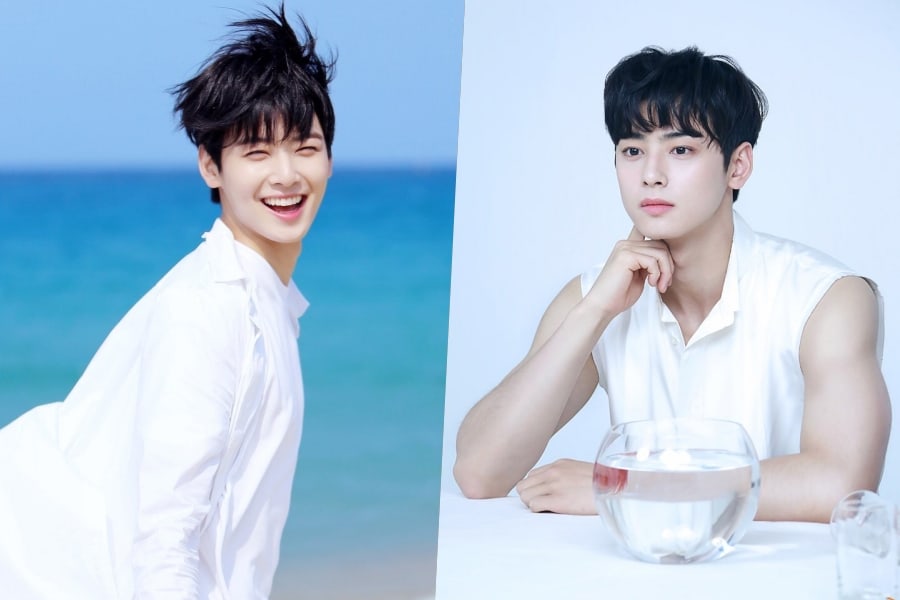 Cha Eun Woo is one of the latest stars to show off contrasting charms with his new muscular build. He drew attention for looking like he had jumped straight out of a romantic manhwa when he debuted with ASTRO, but through his efforts in diet and exercise, he was able to show off a more toned body as he took on the challenge of acting.