Watch: Gun Hoo Delightfully Comes To The Rescue Of Hungry Puppies On “The Return Of Superman”

Gun Hoo and Na Eun went on an adorable adventure on the 300th episode of “The Return of Superman”!

On the October 20 broadcast, the two siblings started their morning with a surprise gift from their father Park Joo Ho.

The soccer player set up a step piano mat that makes sounds when the keys are stepped on as well as a mic stand, and the kids had a blast singing and dancing along to the music in the living room.

The trio then headed to an outdoor café located on a dairy farm where they got to play with dogs and cows.

After enjoying some snacks, Na Eun told her dad she wanted to see the cows. The owner gave Na Eun a large milk bottle to feed one of the calves. While he was left alone, Gun Hoo took the milk bottle to feed some hungry puppies. He remembered his dad saying that he needs to ring the bell in order to feed the animals and used all his might to throw the string in order to ring the bell. 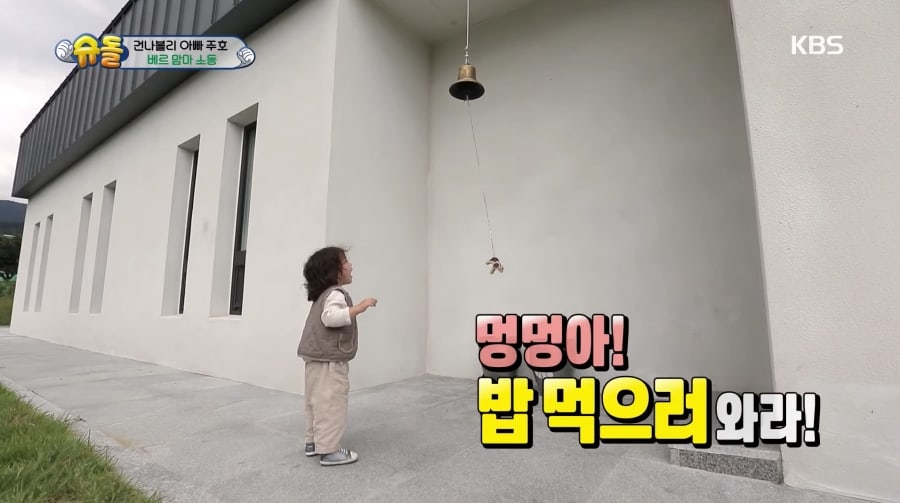 The puppies came running at the sound of the bell, and Gun Hoo got the bottle in order to feed them. He giggled as they slurped on the milk, and he continued to walk around generously spilling milk for his new cuddly friends. 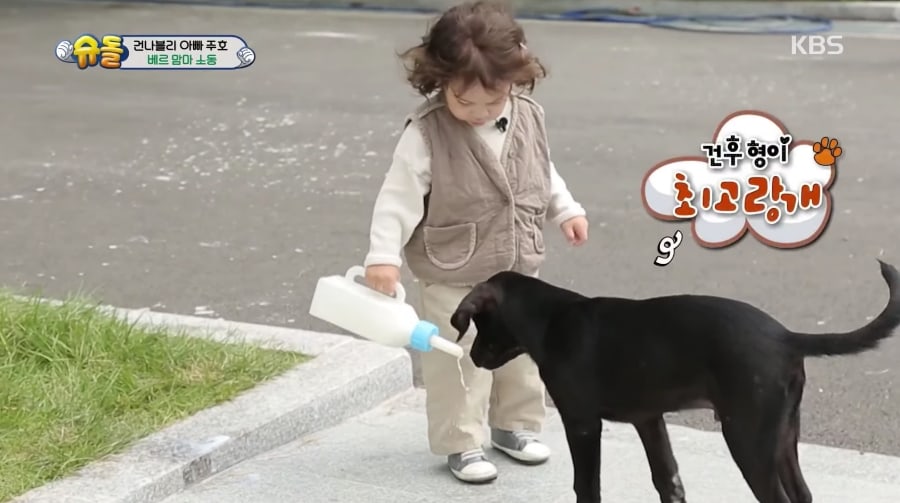 Na Eun then returned from her walk with her dad and looked for the milk bottle to feed a calf named Vert. When the milk bottle was nowhere in sight, she followed the trail of spilled milk on the road and found the bottle. She asked her younger brother, “Gun Hoo, did you throw away the milk?” When he didn’t say anything, she said, “I guess that’s correct.”

Check out the cute clip below:

The Return of Superman
Na Eun
Gun Hoo
How does this article make you feel?