FTISLAND’s Lee Hong Ki has sent his first letter from the military!

Hahahaha To think that I would be writing to you from the military! Haha Hey~friends!! How are you?? I’m doing really well~ haha. Just as you guys said! I think my adaptability is the best haha. My fellow recruits are all nice, and we’re having fun. I’m making them exercise! They’re all either pigs or skeletons haha.

I thought my stamina would be poor because of my age, but thanks to life wisdom(?) earned from 20 years of work, it’s no problem. How are you all doing??

I’ve been getting really good use out of the must-have items for the military that I received from you at the fan signing!! Thank you~

I can’t read the letters you’ve sent me online because there are so many.. haha. A part of the reason I’m writing to you is because I’m sorry.

I’ve been having a lot of thoughts here, and I’ve especially been thinking a lot about what I should do first with you after I’m discharged, and what kind of song I should gift you. First, let’s do another Pocha event, even if it’s by myself. I’ll try to convince my agency haha.

Do you remember me saying that there’s a goal I want to achieve in the military?? That I would become close with a lot of people and a lot of my fellow soldiers to promote our songs~? I think I’m about halfway to completing the goal just from being here at the training center. Our platoon leader played ‘Quit’ during lights out for us hahahaha. The people who got my autograph said they’re going to come to our concert haha. I think it was about 500 people hahahaha. 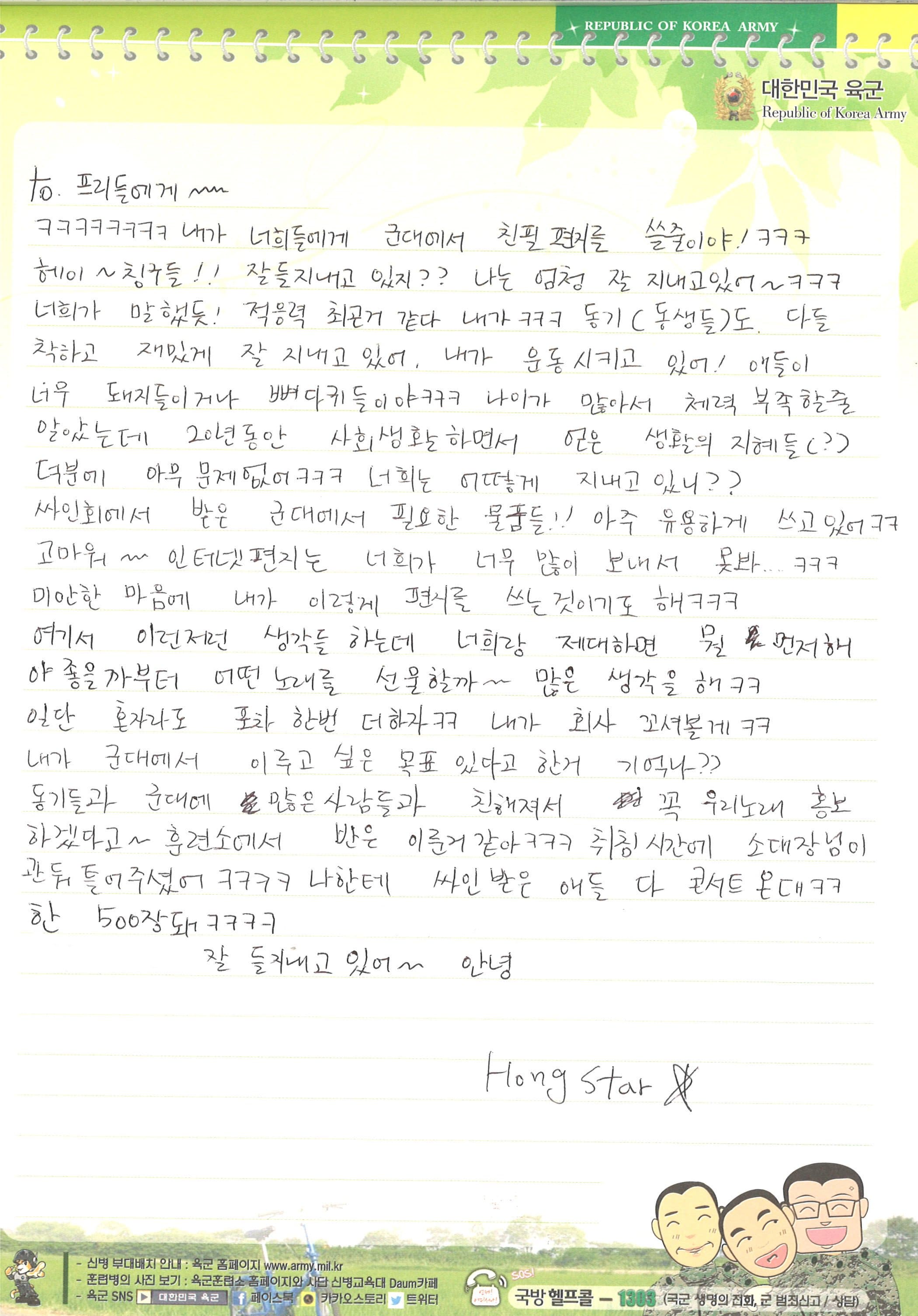 FTISLAND
Lee Hong Ki
XPN
How does this article make you feel?