In a recent interview and pictorial for @star1 magazine, MONSTA X dished on their upcoming comeback, their plans for the end of the year, and more!

The group will be making their highly-anticipated return with their new mini album “FOLLOW : FIND YOU” on October 28, and they hinted at what fans could expect from their upcoming title track “Follow.”

Describing the new track, the members explained, “We’ll be able to convey new charms that are different from the music MONSTA X has made up until now. By adding a unique sound to a strong vibe, [we’ve created] an enjoyable song that is very MONSTA X in style.”

When asked what they considered their secret to their immense popularity both within Korea and abroad, the idols replied, “Our explosive energy on stage is one of our strengths.” They went on to add, “I think people also love us more because we have solid visuals and a sexy vibe.” 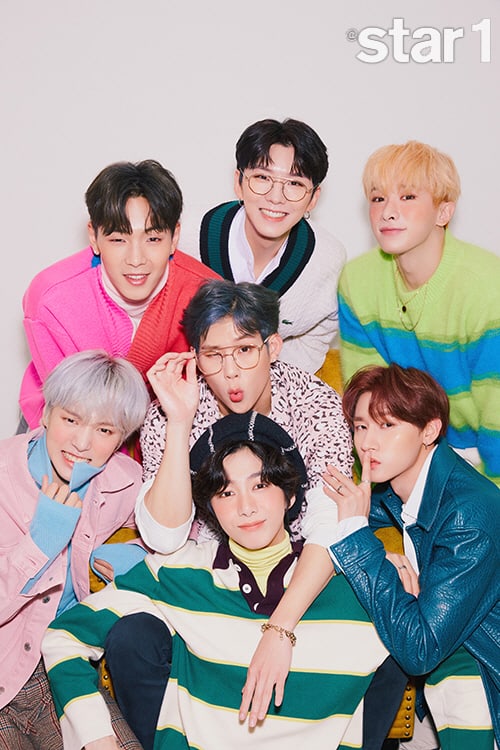 MONSTA X, who was the only Korean artist in last year’s star-studded lineup for iHeartRadio’s famous Jingle Ball concert tour in the United States, will be returning for this year’s tour as well. The group is currently slated to perform at the Jingle Ball shows at New York’s Madison Square Garden, Philadelphia’s Wells Fargo Center, and Minneapolis’s Xcel Energy Center this December.

Expressing their excitement about their upcoming Jingle Ball performances, the MONSTA X members humbly remarked, “It’s an honor [to return for a second year].” Despite their packed stateside schedule, however, they promised that they would also be attending various Korean year-end music awards shows as well, giving fans the opportunity to see them put on many different kinds of performances in the coming months.

MONSTA X will release their new mini album “FOLLOW : FIND YOU” on October 28 at 6 p.m. KST. In the meantime, check out their new music video for their latest English single “Someone’s Someone” here!