“Psychopath Diary” is a new comedy thriller about a man named Yook Dong Shik (played by Yoon Shi Yoon), a timid pushover who happens to witness a murder. While attemping to flee the scene, he suffers an accident that causes him to lose his memory. When he wakes up and discovers the murderer’s diary—which describes his crimes in detail—in his hands, Yook Dong Shik becomes convinced that he is a psychopathic serial killer.

Jung In Sun stars in the drama as Shim Bo Kyung, a neighborhood cop who is extremely passionate about her job despite having faced her fair share of disappointment in life, while Park Sung Hoon plays the role of Seo In Woo, the actual psychopathic serial killer who owns the diary that has fallen into Yook Dong Shik’s hands.

The newly released poster introduces viewers to the three leads, who have all been swept up in the same highly unusual series of events, but who are on entirely different pages. Yook Dong Shik, who wears a comically panicked expression, worries in the caption: “This diary is saying that I’m a serial killer.”

The poster also emphasizes that the diary is at the center of everything by literally placing it front and center, then underscoring its importance by amusingly circling it and pointing to it with an arrow. 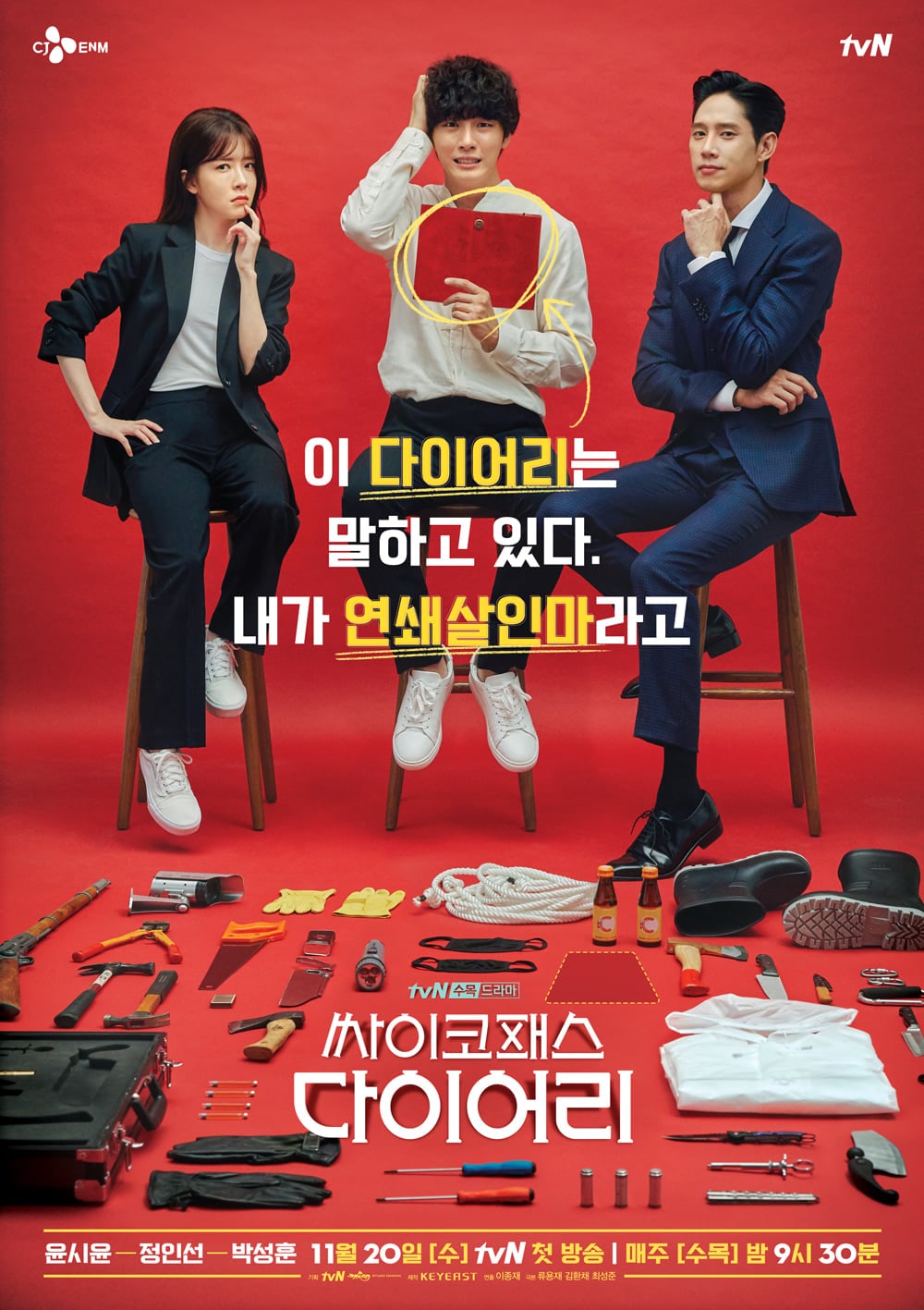 “Psychopath Diary” will premiere on November 20 at 9:30 p.m. KST. In the meantime, check out a teaser for the drama here!