MONSTA X’s Hyungwon Reveals What He Talks About With Each Member, Life Goals, And More

MONSTA X’s Hyungwon participated in a photo shoot and interview with GQ Korea to open up about his image, the type of person he wants to be, and more.

In the interview that followed the photo shoot, Hyungwon talked about working hard during MONSTA X’s recent world tour. He thought about how he should act when he appeared on U.S. television shows, and added that he monitored fans’ videos and worked on music in his hotel room.

When asked about MONSTA X’s masculine image, Hyungwon remarked, “That ‘beast-idol’ image is pretty big for the group. But I think it’s because there’s someone like me [who is not as bulky] that the team can give off a more diverse feeling. I don’t gain weight easily, so it’s really hard to bulk up. I thought that I should should stay closer to something that’s uniquely me, so I wear things that suit a slender body type.”

Hyungwon then talked about his personality, revealing that although he used to be more introverted, he tried to come out of his shell so he wouldn’t be a burden to those working with him. 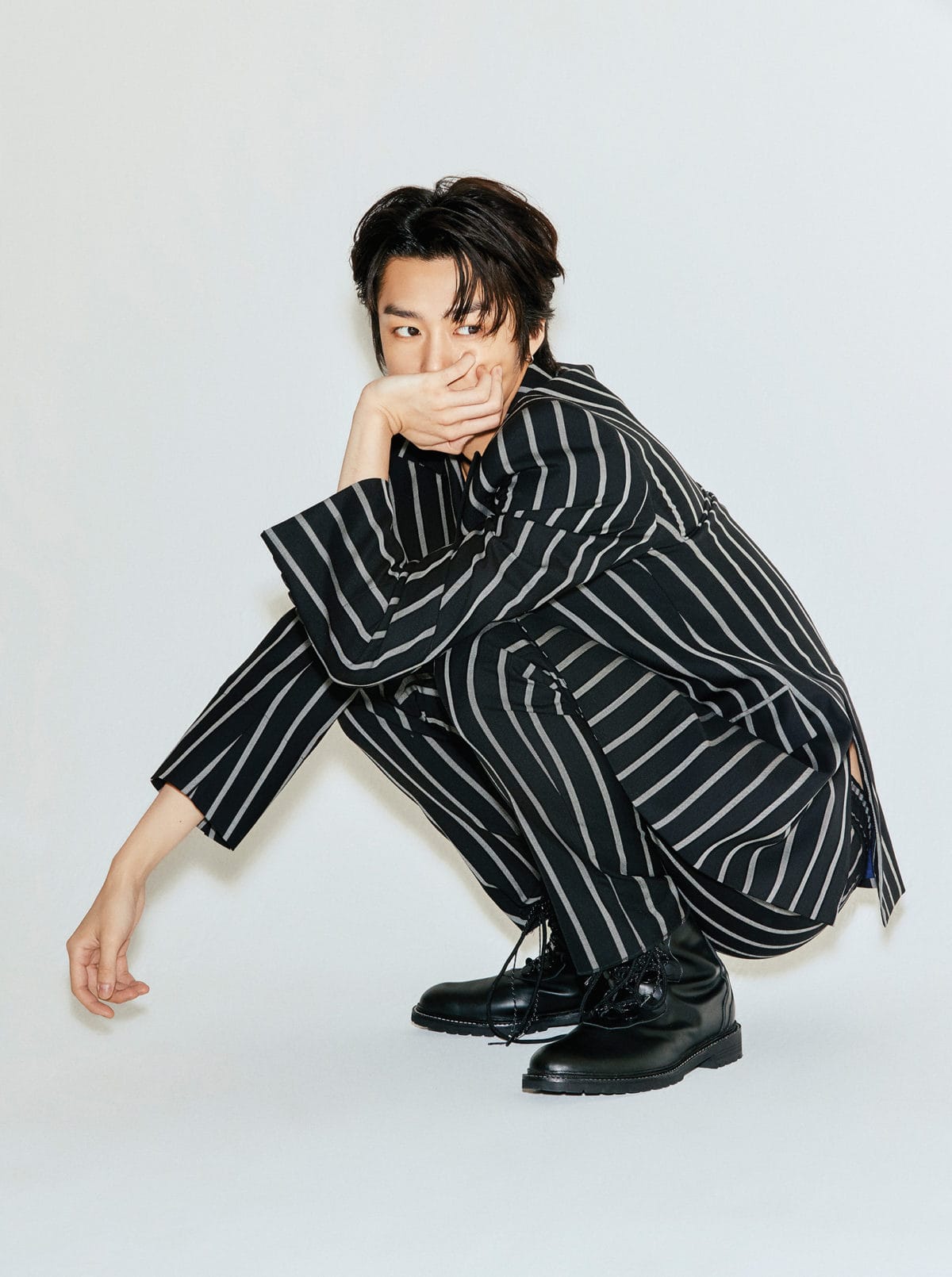 In response to a question about his childhood, Hyungwon said, “When I was little, I wanted to become a lawyer. I thought that it was really cool to represent someone else and make a case. When I was in middle school, I wanted to be an actor, but my parents were against it. They couldn’t win against my stubbornness though.” He also added that because he grew up in Gwangju, his Jeolla dialect was originally very noticeable. Hyungwon explained, “My dialect was so strong that my agency would tell me not to speak. It comes out a little now too when I get irritated.”

The interviewer later asked Hyungwon about his role in MONSTA X, and the singer responded, “I want to be someone who anyone can feel comfortable around, like a neighborhood friend.” He continued to add that he wanted to say whatever was on his mind to his fellow MONSTA X members, since they were one of the few people who understood his job and other parts of his life.

He revealed that the person he would often confide in about his worries or true feelings was Shownu. Hyungwon commented, “I think our personalities are similar. We’re both easygoing people, but we’re also not completely outgoing, so I can relate to him. When I talk about fun and exciting things, or about games, it’s with Minhyuk. Conversations about realistic things are with Kihyun, music-related conversations are with Wonho, Joohoney and I.M are—I guess I just talk a lot with everyone. [Laughs].” 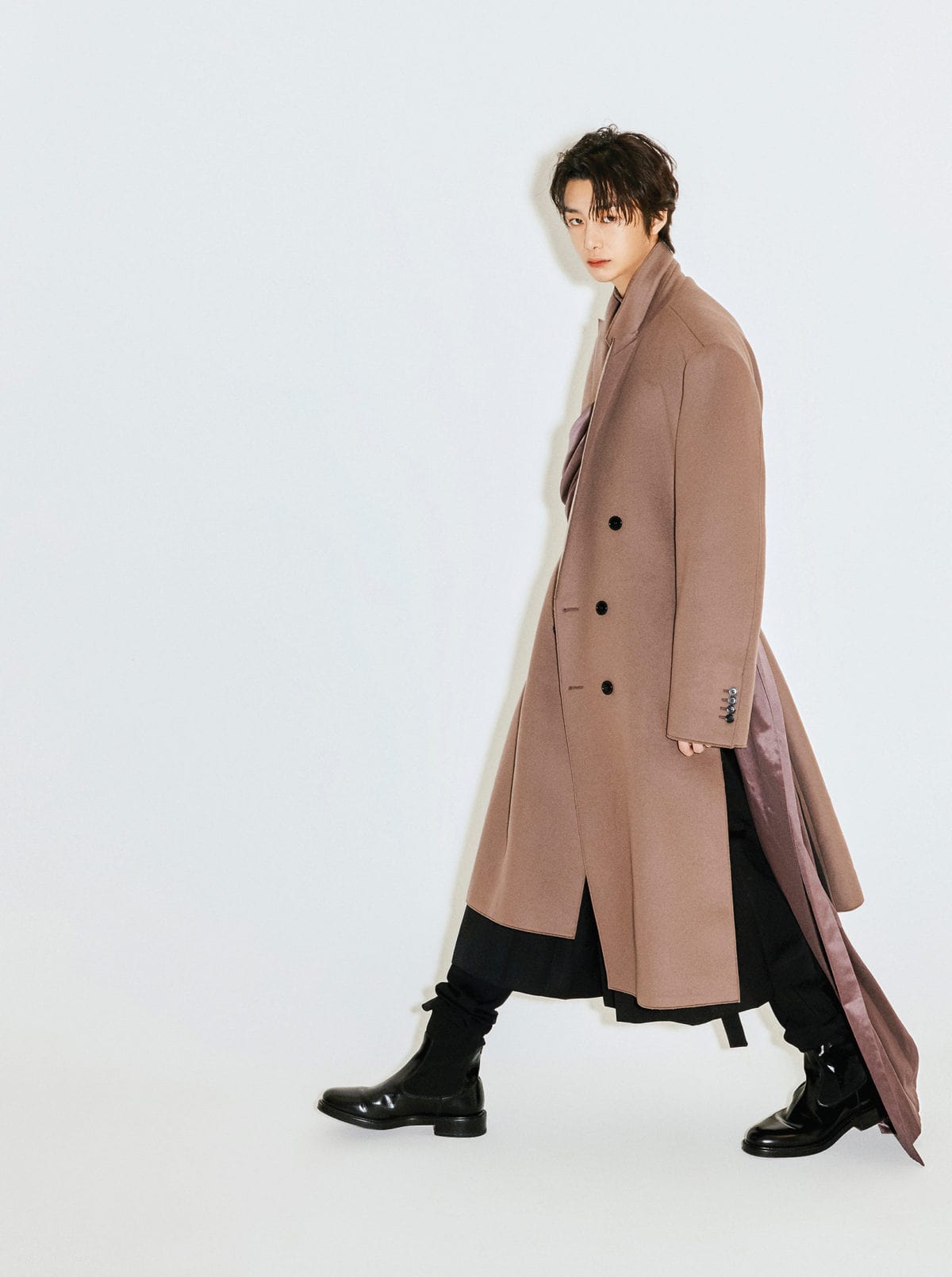 Hyungwon then commented that one of his life goals was becoming a man of heart. He explained, “Those people where you think, ‘The more I look at him, he’s really great.’ I want to live like that, but I’m not sure if it’s working out well. [Laughs].” When the interviewer pointed out that people with a lot of affection and attachment towards others were usually lonely, Hyungwon answered, “I get lonely easily. When I’m on stage, I don’t feel tired at all. I don’t have any thoughts of home, and I’m full of happiness. But when I get back to my hotel room and pull apart my chopsticks in the silence to eat lunch, it’s a vague feeling. So I just drink beer. [Laughs]. I drink a can or two and go to sleep.” 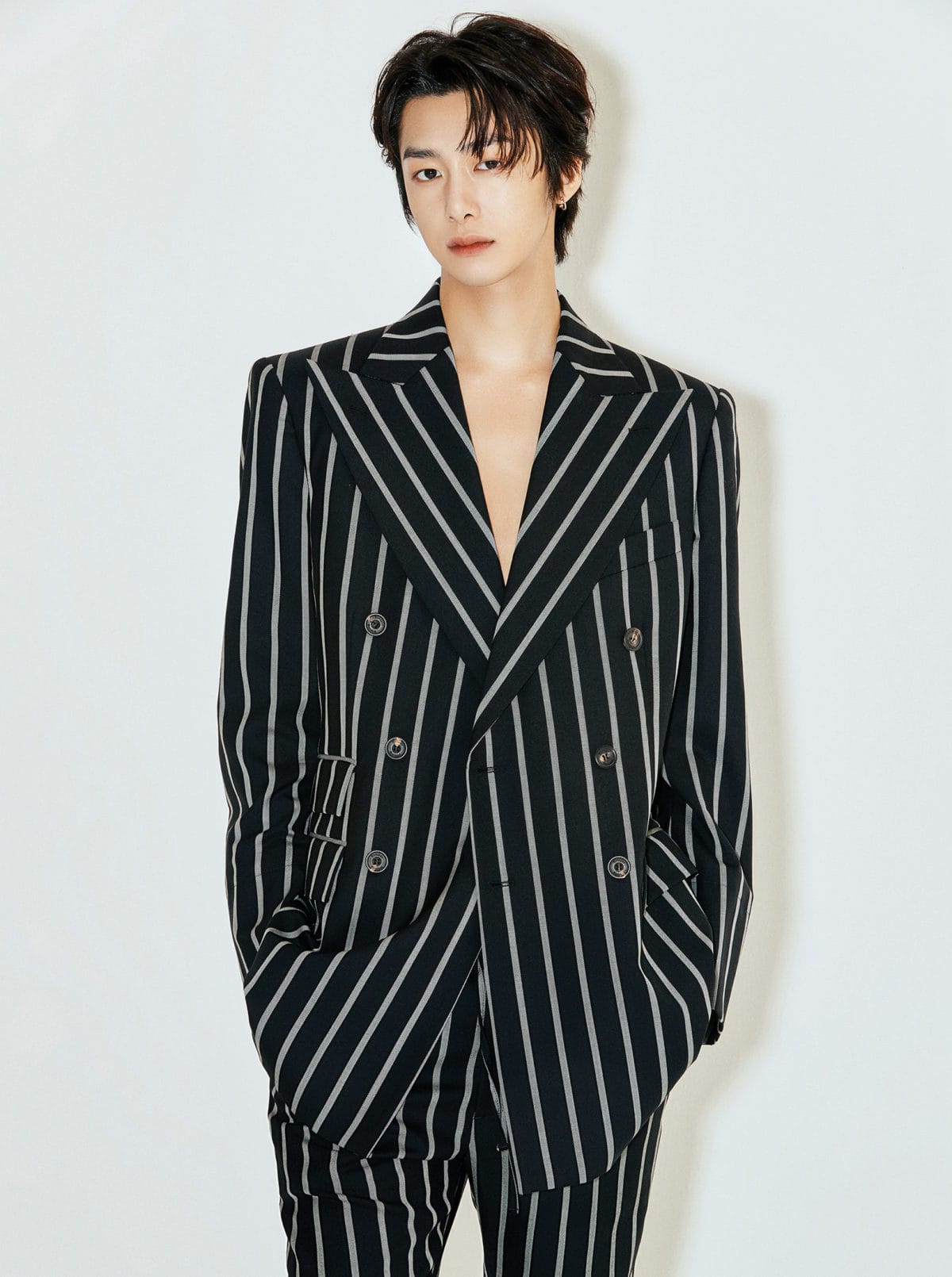 Lastly, when asked about what he wanted to do by himself, Hyungwon answered that as a DJ, he wanted to create an EDM track to use at one of MONSTA X’s concerts. He also added that he wanted to go on a trip to Jeju Island by himself, saying, “I want to see the sea. A few days is too short, so I want to live there for a month.”

MONSTA X
Hyungwon
GQ
How does this article make you feel?