On October 22, Good Data Corporation revealed the weekly rankings of the dramas and actors that generated the most buzz over the past week. The results are from the company’s analysis of news articles, posts on blogs and online communities, videos, and social media for 26 currently airing and upcoming dramas from October 14 through 20.

MBC’s “Extraordinary You” rose to No. 1 for the first time with a 75 percent increase in its buzz rating. The drama continues to rise in popularity due to the quality of its script, direction, and acting. On this week’s ranking of buzzworthy actors, cast members SF9’s Rowoon, Kim Hye Yoon, and Lee Jae Wook placed No. 3, No. 4, and No. 5, respectively.

“When the Camellia Blooms,” which previously topped the list for two consecutive weeks, placed No. 2. Gong Hyo Jin also maintained her position at No. 2 on the ranking of buzzworthy actors, while Kang Ha Neul rose one spot to No. 6.

“Flower Crew: Joseon Marriage Agency” remained at No. 3, and Park Ji Hoon topped the list of buzzworthy actors for the fifth consecutive week. 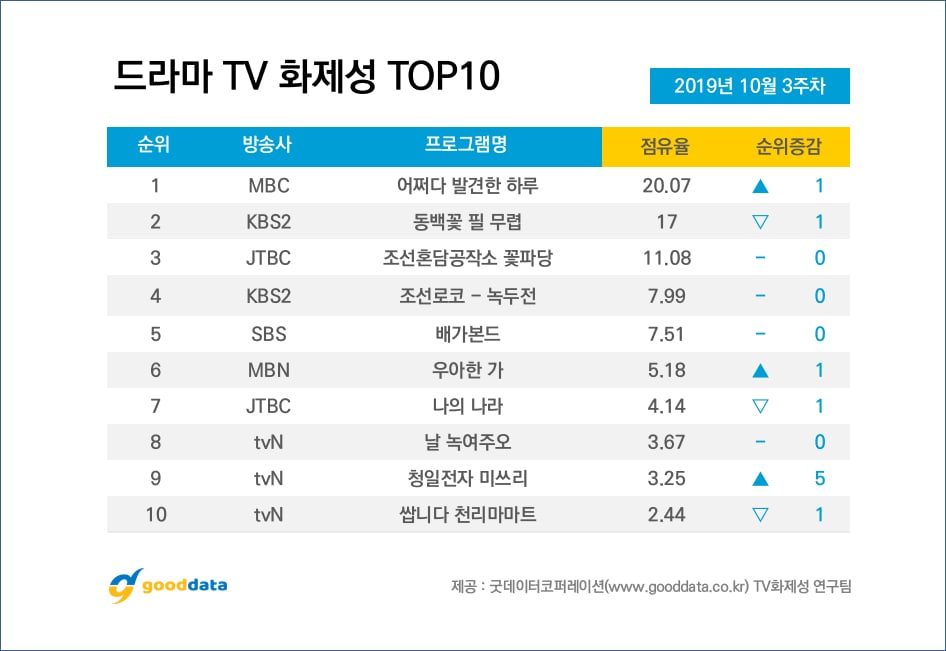 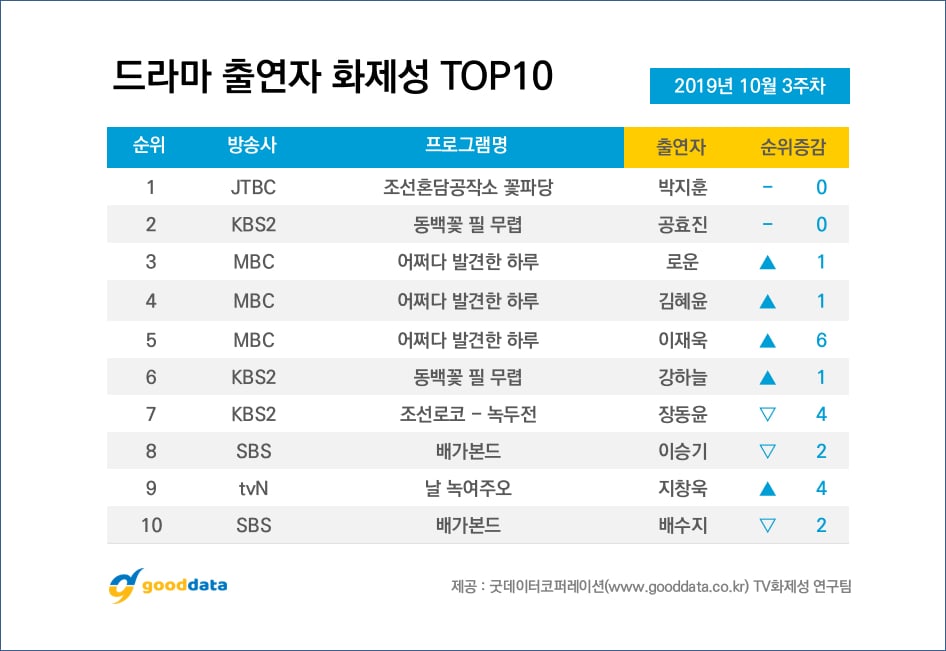