On October 22, KBS’s “The Tale of Nokdu” released stills of Jang Dong Yoon, Kim So Hyun, and Park Da Yeon in the upcoming Episodes 13-14.

Last episode, Nokdu (Jang Dong Yoon) boldly told Dong Joo (Kim So Hyun) that he would make her like him. However, Dong Joo is a realistic person and could not accept Nokdu’s sincere feelings. Furthermore, the truth about Yul Moo (Kang Tae Oh)’s real identity was revealed, complicating the love triangle between them.

In the new stills, Nokdu, Dong Joo, and Aeng Du (Park Da Yeon) go on an excursion to the lake together. Nokdu has ditched his women’s clothes and looks dashing in a new gat (Korean traditional hat) and the robes of a nobleman. He looks at Dong Joo with affection and tries to help her out even though she shuts down all of his advances. Adding a sense of comedy to the scene, however, is Aeng Du, nonchalantly eating grilled fish by the fire and ignoring the budding romance happening around her. 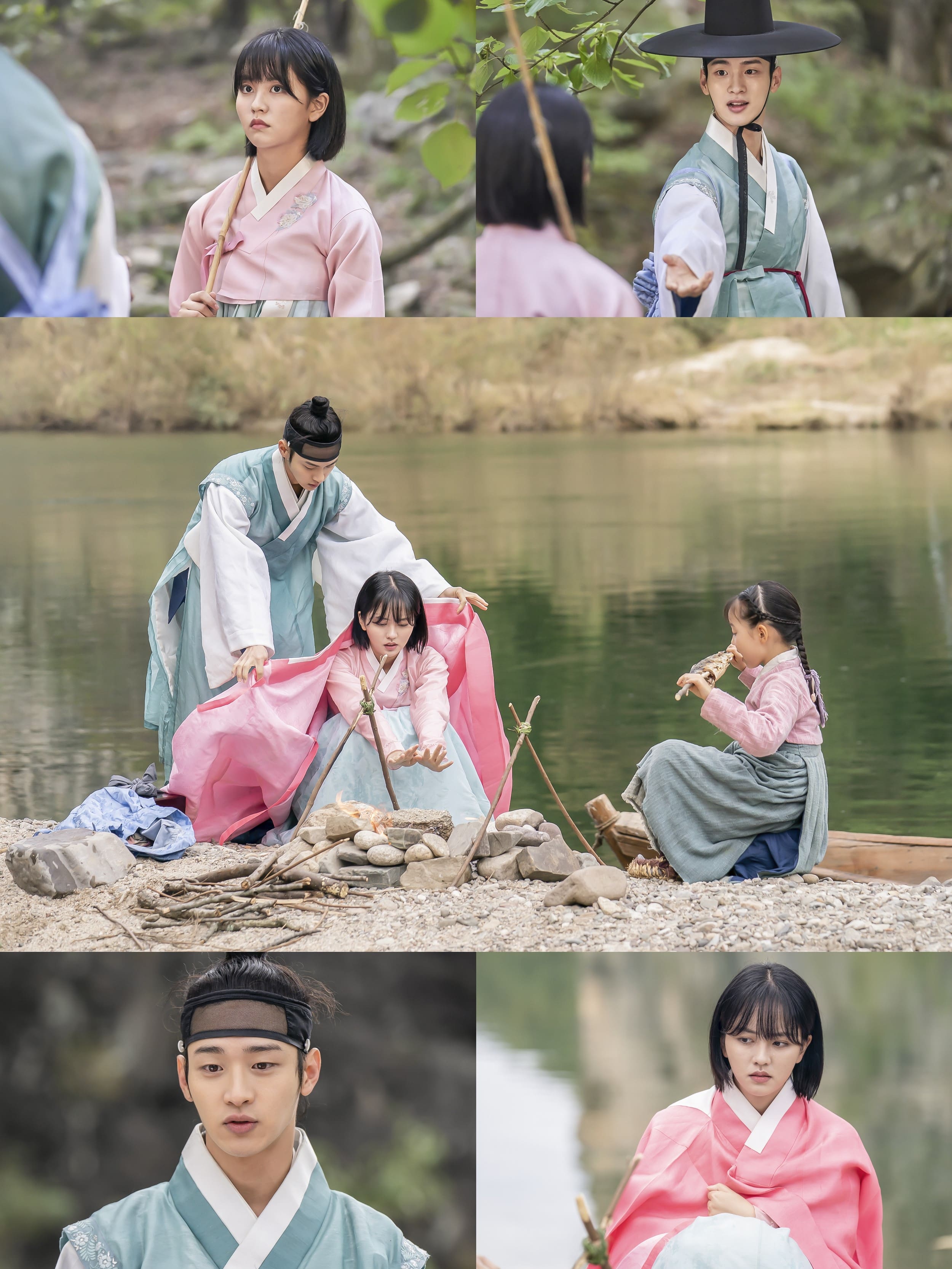 The production staff of “The Tale of Nokdu” stated, “The key point for Episodes 13 and 14 will be the tangled relationship between Nokdu, who will no longer hide his true feelings, Dong Joo, who is confused by them, and Yul Moo, who has revealed his ambitions to become king. Please tune in to see whether Nokdu’s sincerity will finally touch Dong Joo’s heart.”

“The Tale of Nokdu” airs on Mondays and Tuesdays at 10 p.m. KST.