SBS’s “Night of Real Entertainment” put a spotlight on how the lead actors of the drama “Vagabond” are carrying out their intense action scenes.

Lee Seung Gi, who plays a stuntman in the drama, pulls off over 90 percent of his stunts in the show’s many action scenes.

In the October 22 episode of “Night of Real Entertainment,” the team sat down with the martial arts director for the show, who shared that Lee Seung Gi trained for three hours a day for three months to prepare for the stunts. “Usually when people train for three hours, they’re so tired out that they can’t do anything else,” the director said. “But even after Lee Seung Gi trained for three hours, he’d suggest that we go run up a mountain. It might be because it’s not been long since he was discharged from the military. He was really passionate.”

“Night of Real Entertainment” showed footage of Lee Seung Gi as he jumped off the building 20 to 30 times, spending four hours filming the scene. Lee Seung Gi also personally pulled off a scene in which he was pulled along while holding on to the back of a car.

On set, Lee Seung Gi said, “It’s my first time doing a car stunt. We’re filming a scene that’s at the level of a Hollywood action film. I’m always nervous, of course. I pray everyday before I go to the filming location. I pray that I won’t get injured that day.” 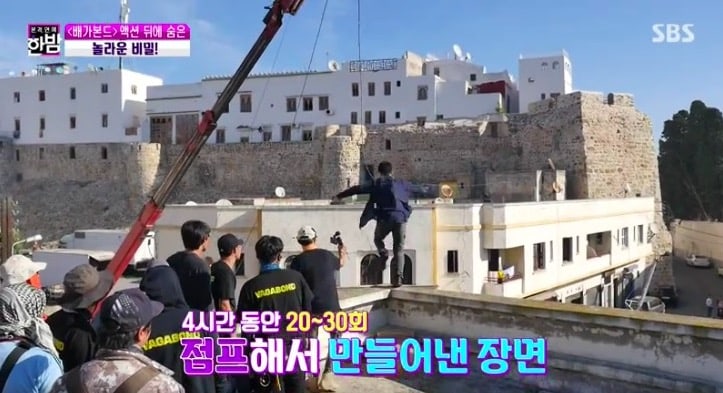 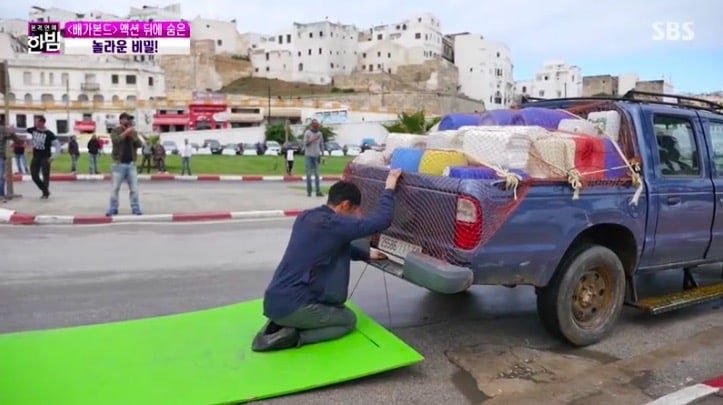 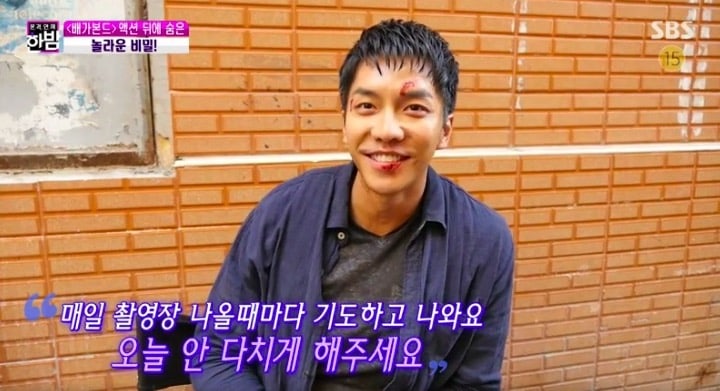 “Night of Real Entertainment” also showcased how Suzy has taken on action scenes in which she fires guns. Lee Seung Gi said in an interview, “I thought, ‘Wow, she seems like Angelina Jolie.’ I was worried that she might close her eyes but she suddenly made a fierce glare and held out the gun.”

Suzy said she thinks the gun scenes are a good fit for her skills and laughed as she added, “I wanted to fire the gun a bit more.” The show shared clips of her as she learned to look like a pro after some training and then received praise since her acting made it seem like she was really firing a gun.

Director Yoo In Shik said, “Suzy is great at action scenes. She’s so good that she was coveted by the stunt team.”