The leads of “VIP” gave viewers a peek at their great chemistry and friendship on and offscreen.

On October 22, SBS aired a special prologue episode for its upcoming drama.

During the broadcast, same-aged actors Jang Nara and Lee Sang Yoon showcased their teamwork. In his interview, Lee Sang Yoon revealed, “I’m usually introverted, but I thought I shouldn’t be like this and suggested we speak comfortably.” The actress added, “Talking to him was better because we’re the same age. It’s comfortable acting with him because he’s considerate when we’re filming and he tries to match with me when we’re working together.” 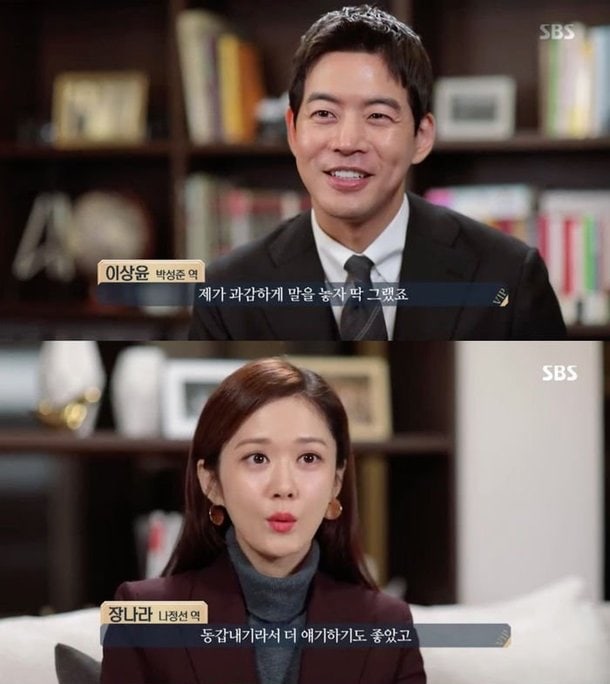 Jang Nara and Lee Sang Yoon appear as a married couple in “VIP.” Describing the plot where she finds out about her husband’s infidelity, the actress said, “I knew something like this would happen in my life and I felt distressed.” Lee Sang Yoon made others laugh, saying, “I’m someone with many issues.”

The actress described her character Na Jung Sun as a charming woman. Pyo Ye Jin added, “She’s a smart, enviable person. She’s the No. 1 person I want to be like.” Jang Nara added, “If I had received a text message that my husband had another woman, I would’ve gone straight to my lawyer. It’s difficult because Na Jung Sun goes through many subtle emotional changes.”

Introducing his character Park Sung Joon, Lee Sang Yoon said, “I think he’s someone who gives women a bit of a fantasy-like feel.”

The two friends had to film a kiss scene for the drama. Before the shoot, the actress suggested, “Let’s do it comfortably.” Hearing this, Lee Sang Yoon joked, “It can’t be aired if it’s realistic.” The cameras began rolling, and the actors captured a passionate kiss scene. When the scene ended, however, Jang Nara hid under the blankets in embarrassment. 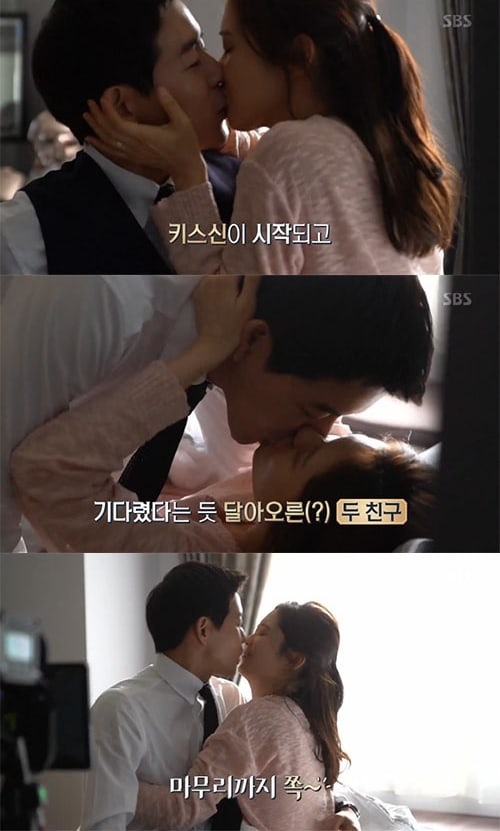