On October 23, @star1 magazine released photos from the idol’s pictorial. In the accompanying interview, Lee Jin Hyuk discussed his appearances on variety shows after competing on Mnet’s “Produce X 101.”

“There are people who are worried about my frequent appearances on variety shows since my main job is a singer, but it’s an opportunity to show my current self,” explained Lee Jin Hyuk. “I could end up with an ’embarrassing past’ while I’m showing new things, but I think that an embarrassing past is one of the ways to get closer to the public.” The term he uses for “embarrassing past” is often used to describe a moment in a star’s career that later becomes seen as funny, such as embarrassing old photos or videos.

He added with a laugh, “I don’t have any fears about an embarrassing past.” 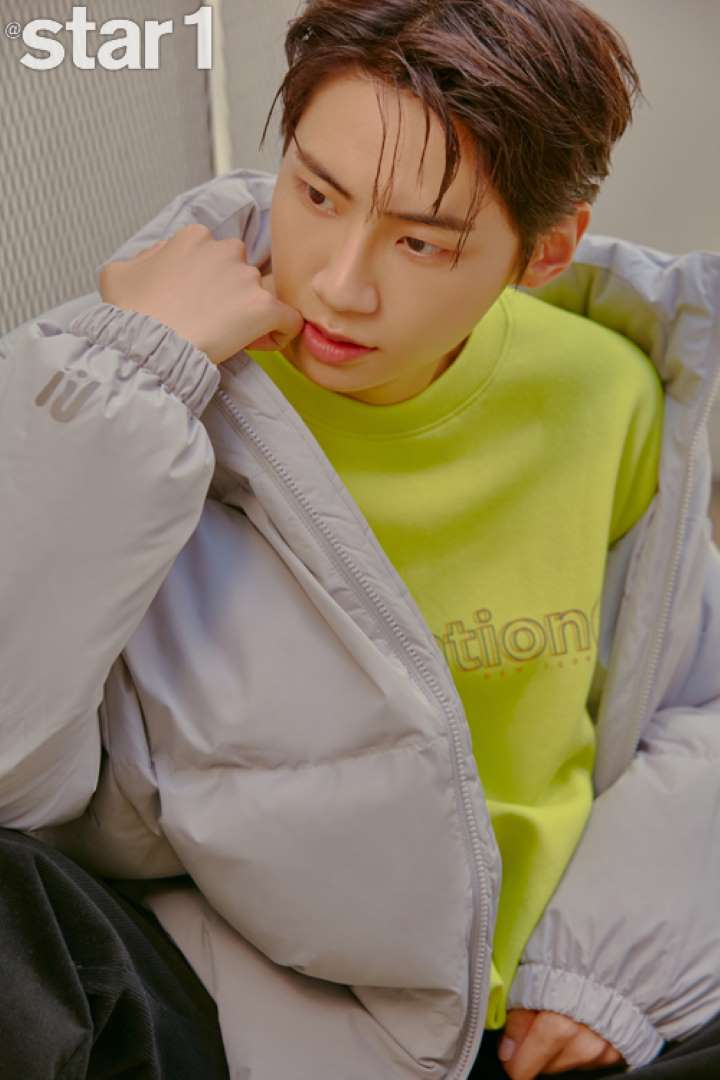 Lee Jin Hyuk is currently gearing up for the release of his solo solo album “S.O.L” on November 4.

“I’m working on it while taking popular appeal into consideration,” he said. “Even if not everyone can like it, I hope that as many people as possible will enjoy listening to my new song. I want to be acknowledged for my performance through my new promotions. I’ve been to many places, but I still feel nervous and excited about the stage. I don’t want to leave any regrets on stage.”

@star1
Lee Jin Hyuk
How does this article make you feel?