NU’EST’s Ren recently shot a “funky boy” pictorial with Marie Claire, where he shared his thoughts on NU’EST’s new album concept, their teamwork, and more! 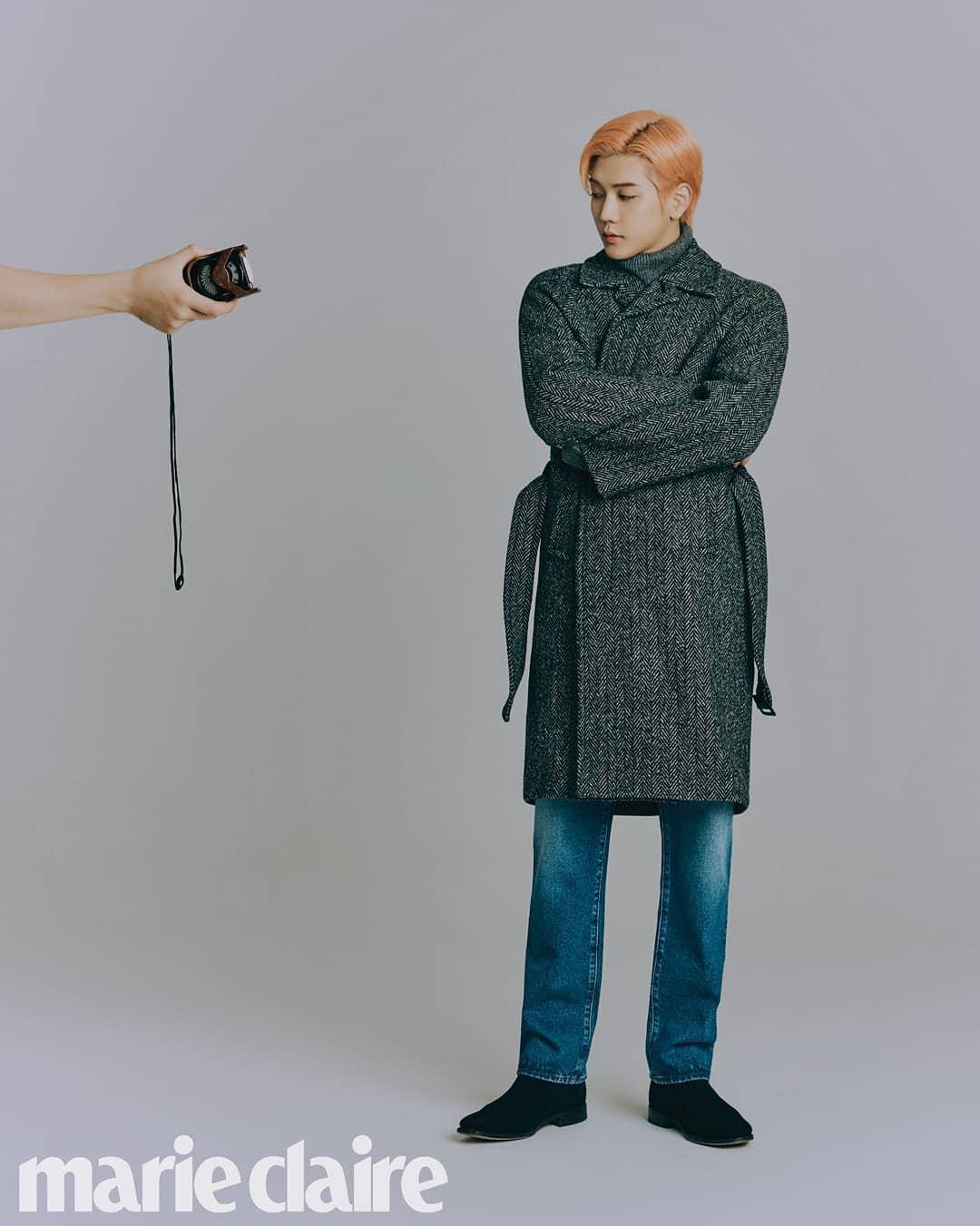 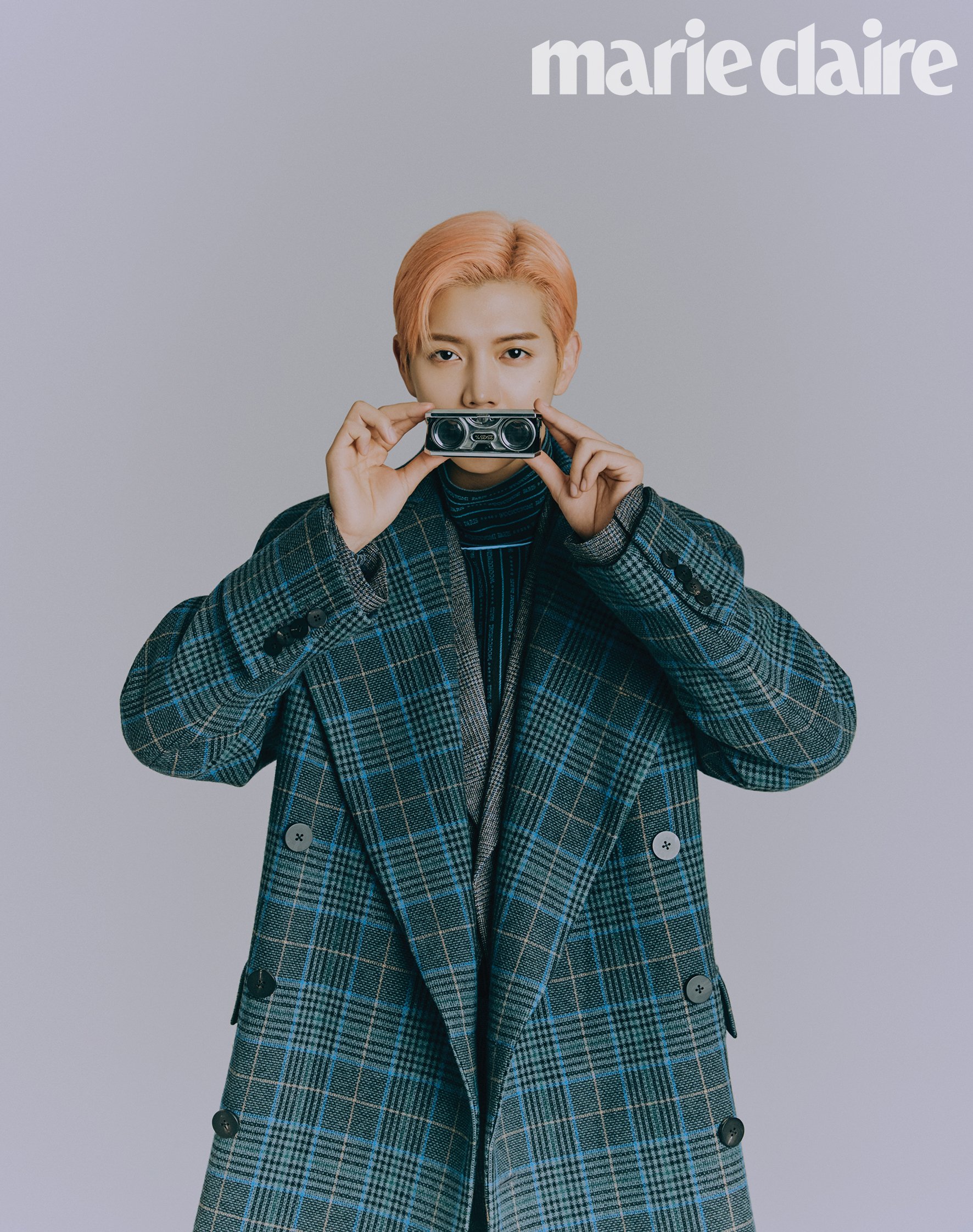 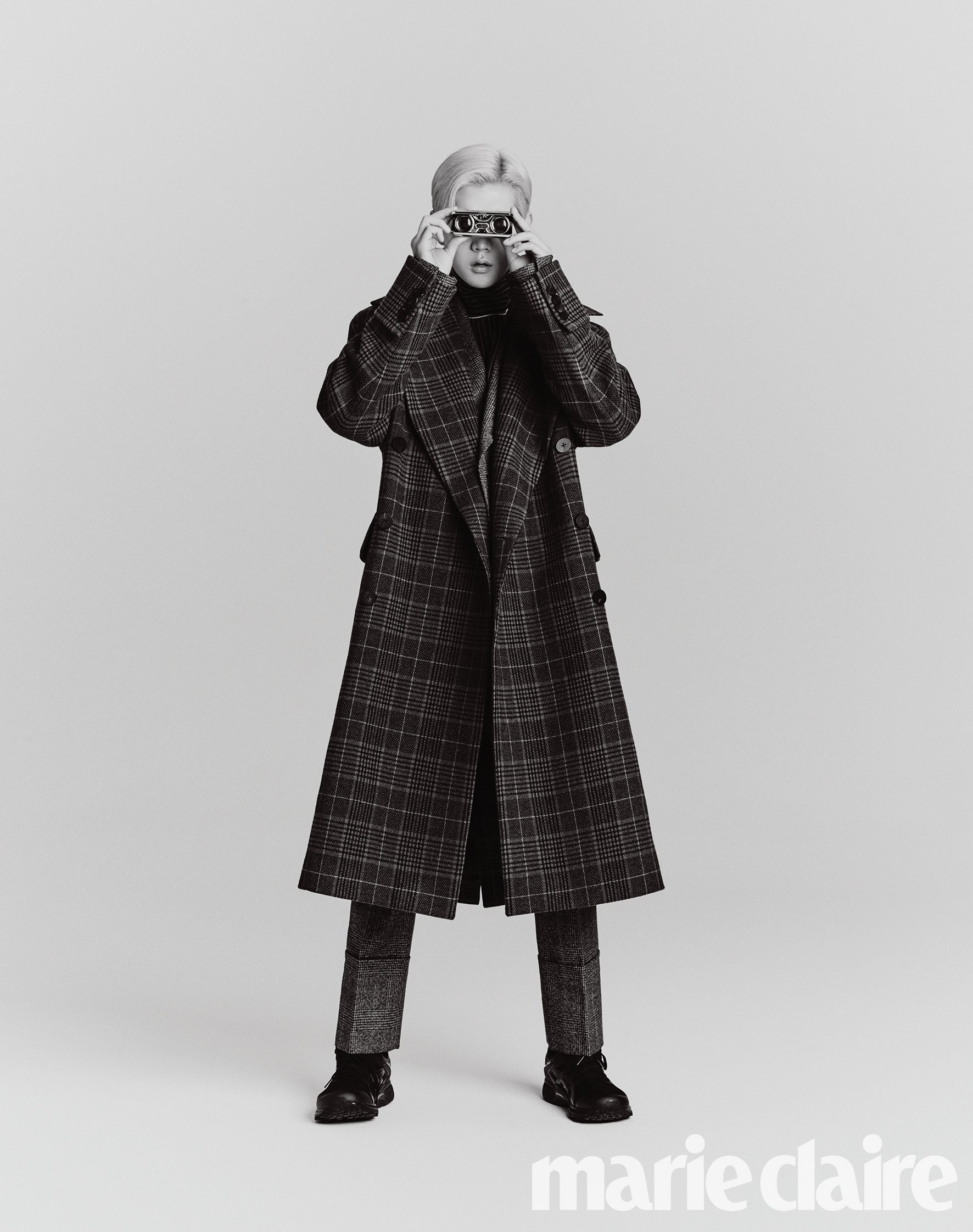 Ren talked about NU’EST’s new album and how it is different from their past fantasy concept. He said, “Our past performances and music revolved around a fictional story and contained a lot of fantasy-like concepts. This time around we are doing the complete opposite. We’re taking a realistic and relatable approach.”

Ren was asked if he was hesitant about the new direction and he answered, “I’m always about being bold. Though I do regret some things over time. For example, when I wore wigs or extensions, I was very satisfied with the look. But when I look back at it, I think it might have been a bit too much. It’s not that I’m ashamed of it, but sometimes I do think about it.” 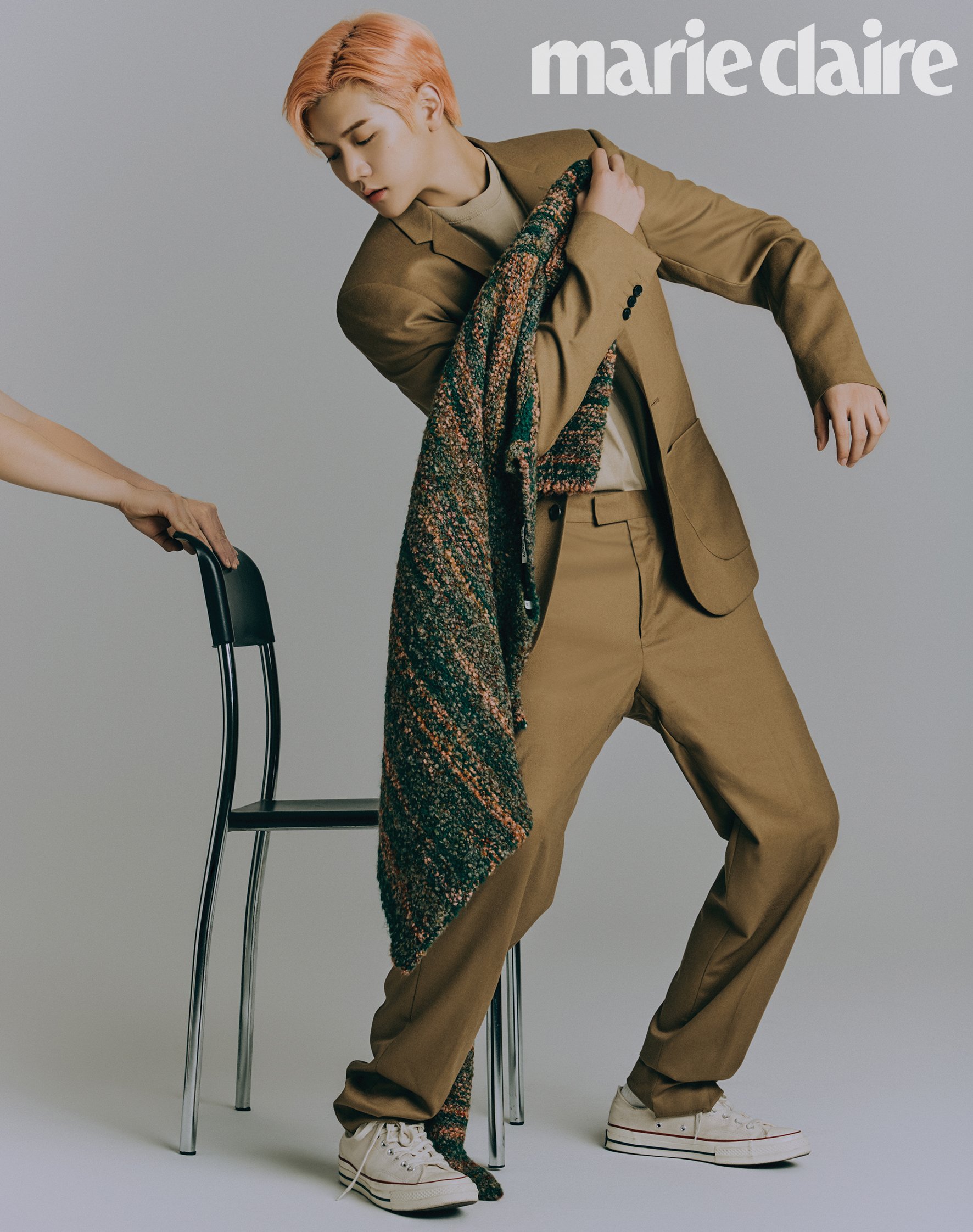 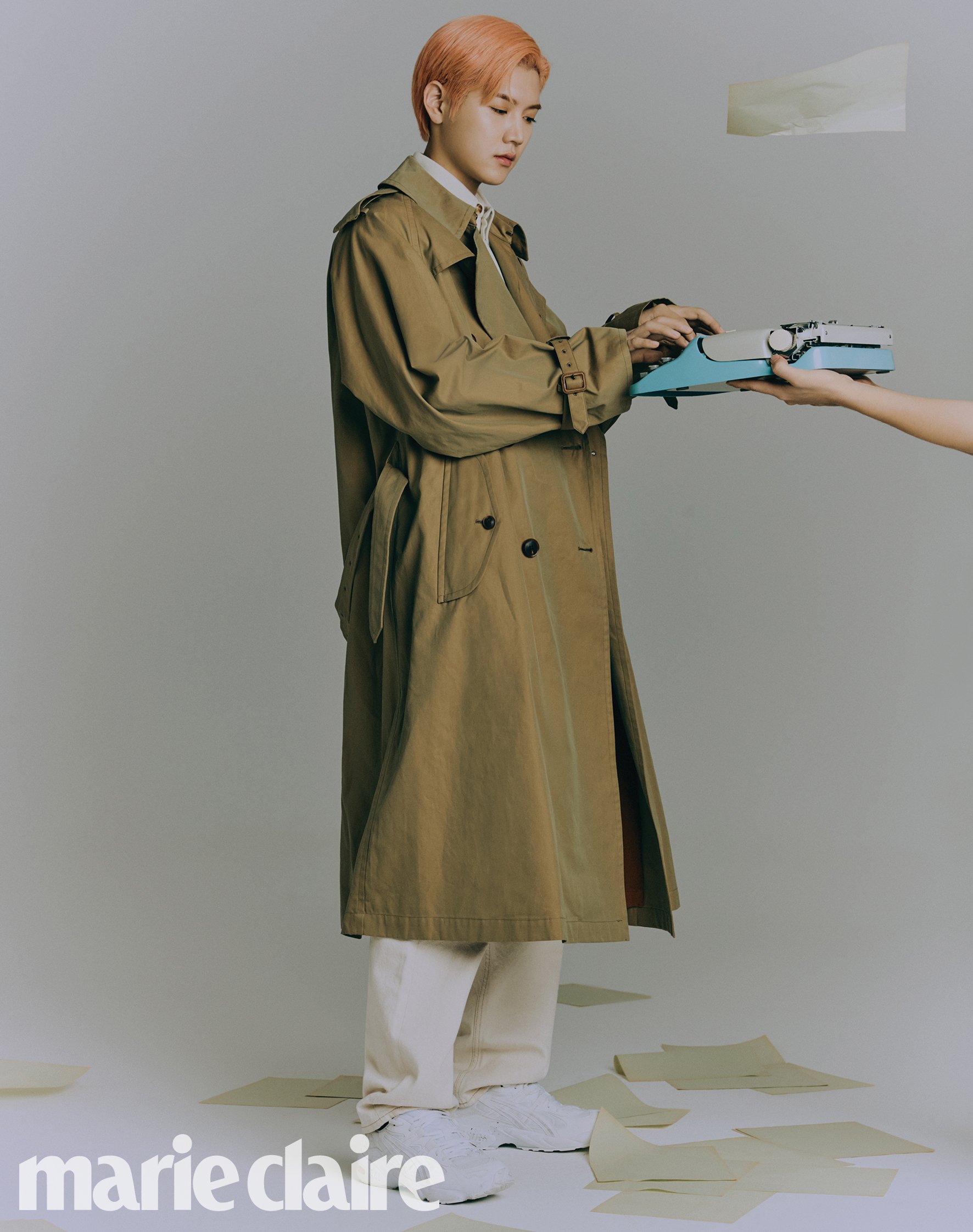 When asked how he and the other members negotiate as a team, he explained, “I take a few steps back from what I’m thinking about while Minhyun takes a few steps forward. For example, when we’re having a meeting and I suggest a bold idea like ‘merman,’ I style myself with this in mind. We don’t brush things off because we’ve known each other for so long. We ask each other what we think and listen to what we each have to say. Time also played a part in this. After eight years together, we naturally became similar and our teamwork has become stable.” 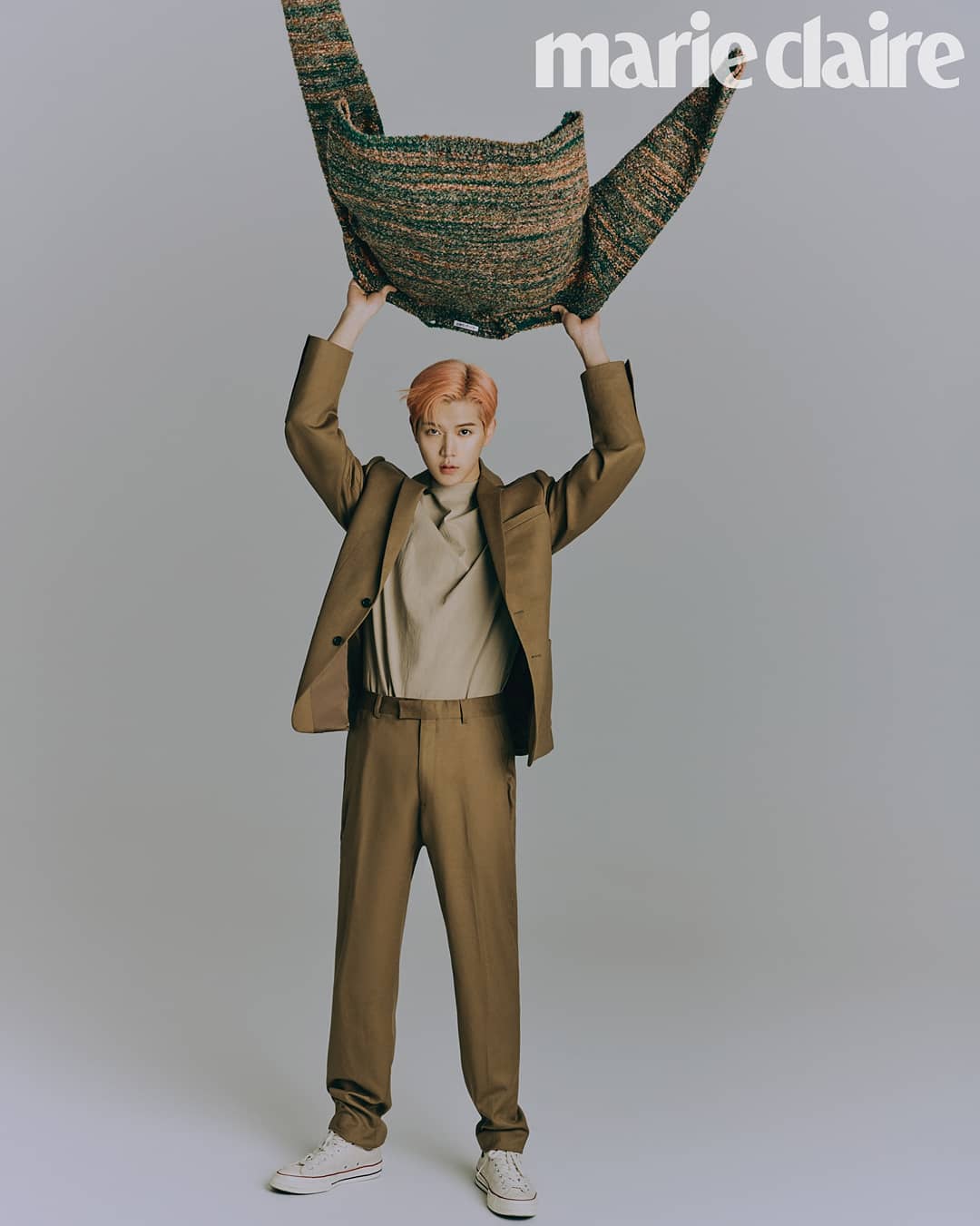 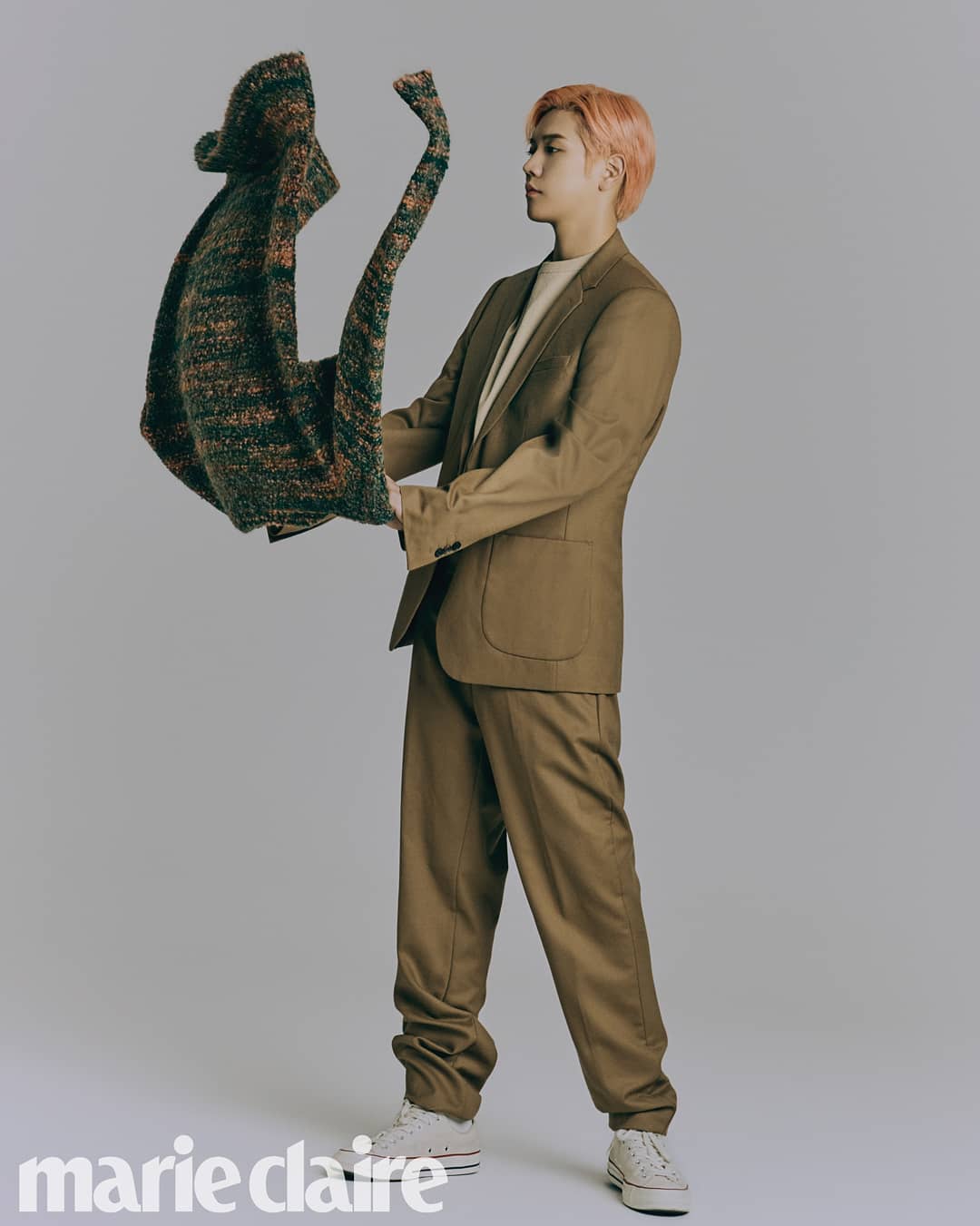 In addition to the group’s concepts, Ren is known to embrace all types of concepts regardless of age, gender, and race. He commented, “It’s my personal preference. Instead of clearly stating my intentions, I want people to experience and interpret it from their own perspectives. And I don’t like playing it safe. It’s not fun.”

When asked why he chooses to be fun over being safe despite the negativity that comes with it, he responded, “Not everyone will like me and it’s not like all eyes are on only me. If there’s someone who applauds and likes me, then I’m satisfied.

Ren went on to choose his performance as Lady Gaga as the performance that was most like him. He said, “It was so fun back then. I felt like a pop star. I enjoyed it because I got to try something new.” 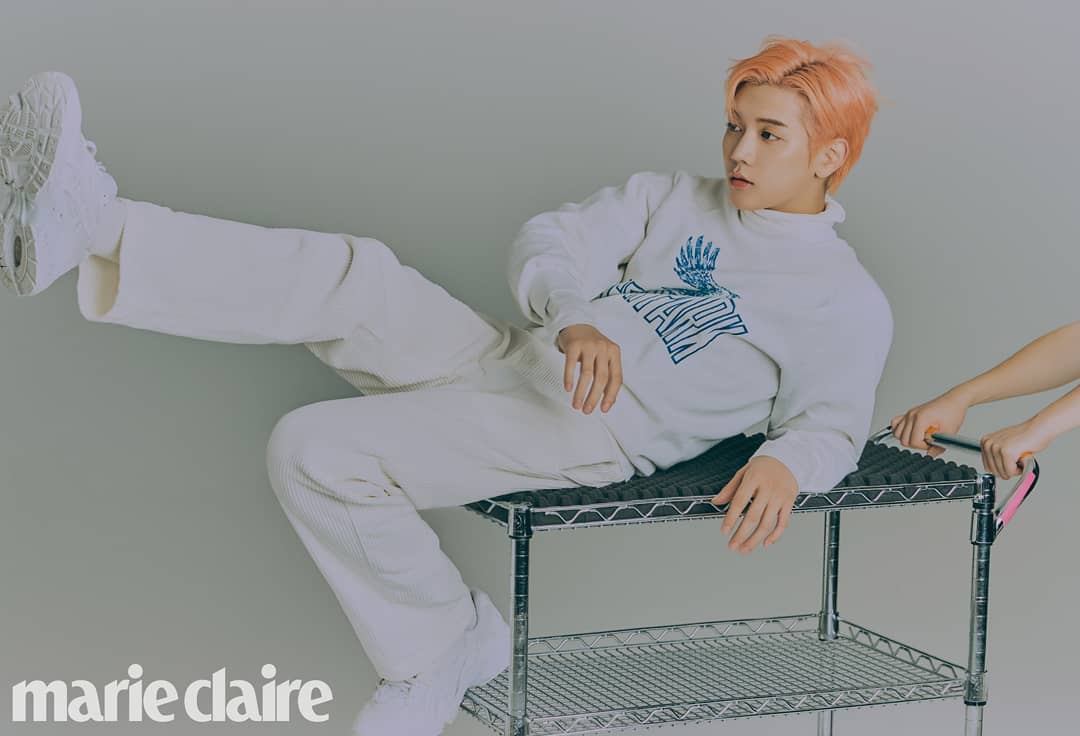 During the interview, Ren opened up about how he is actually a bit timid unlike what people might think. He commented, “I have always been bold, but I try to be objective. Even if nine people liked it and only one person didn’t like it, I’ll listen to that one person. I used to care and think a lot about how I could make that one person like me. But I slowly began to realize that I can’t please everyone. It made me feel sad and lonely. And the more I thought about it, the more I blamed myself and started changing myself to other people’s standards. I lost my sense of self back then. The moment I realized I shouldn’t live like this is when I let it go. So I’m not like that anymore. I don’t care about what other people think and boldly do what I want.”

NU'EST
Marie Claire
Ren
How does this article make you feel?