During the show, Yulhee shared, “October 19 is our one-year anniversary,” after taking a look at the calendar. She added, “I want to go on a nice date,” but Minhwan replied, “There’s nowhere to go in particular. Everyday is like an anniversary to us.”

However, Minhwan had planned a surprise treasure hunt event for Yulhee. After heading outside alone, he called back saying that he forgot his wallet, but rather than his wallet, Yulhee found a note that was a part of his special anniversary event.

When Yulhee arrived at the promised location, she couldn’t hide her happiness from seeing the surprise event and the beautiful location which Minhwan had decorated with candle lights. Yulhee shared that she was very touched, explaining, “This is my first time in such a fancy and romantic place that [I feel] awkward.” 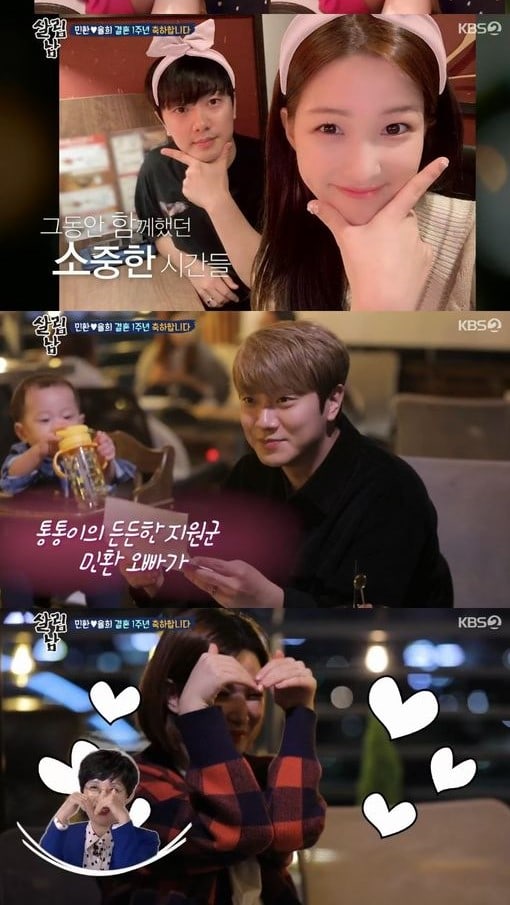 While eating their romantic dinner, the lights suddenly turned off to show a video of the couple from their newlywed days and from the time of Yulhee’s pregnancy. Minhwan also took out a handwritten letter and read, “I’ll continue to stay by your side and be a dependable husband. Let’s live well and happily, our five member family.”

Yulhee also prepared a special event for her mother-in-law, expressing her gratitude by saying that she provided a lot of support during their marriage. Yulhee shared her thoughts in a sketchbook with the message, “To the mother-in-law who thinks of me as a daughter and tells me I’m the prettiest daughter-in-law, you are also the most beautiful woman in the world to me. We’ll continue to live happily in the future, so please look upon Yulhee well despite her being lacking.” 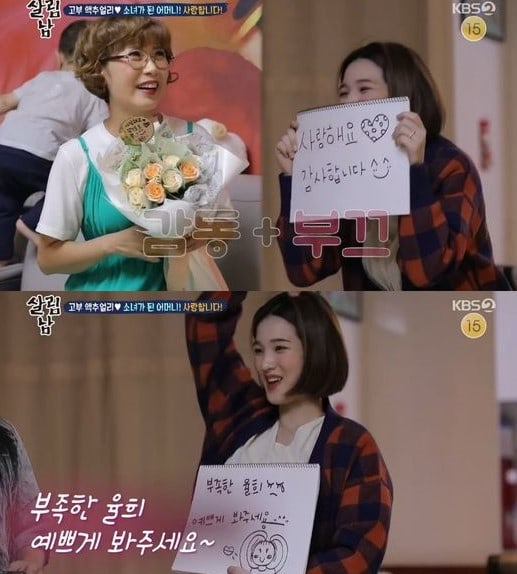