On October 24, the two comediennes appeared as guests on the SBS Power FM radio show “Kim Young Chul’s Power FM.” During the broadcast, they talked about their latest song “I Wish I Could Unsee That,” which features a dramatic narration by AOA’s Seolhyun.

Marveling at how quickly Seolhyun was able to complete recording her narration in the studio, Song Eun Yi recalled, “As soon as she entered the booth, she received an OK in just one take. It was one shot, one kill.” Shin Bong Sun chimed in, “Seolhyun sunbae is a pro.”

The two Celeb Five members also shared that AOA’s Jimin and Seolhyun had given them a lot of help and feedback while they were preparing for their debut as a girl group with “I Wanna Be a Celeb,” which went on to become a hit.

Song Eun Yi commented, “Back when we were practicing for our first song ‘I Wanna Be a Celeb,’ AOA’s Jimin and Seolhyun often came to see us in the dance studio.”

Explaining that the idols had provided them with a lot of guidance, Shin Bong Sun went on, “Jimin explained everything to us and caught all the parts we’d missed. She monitored our rehearsals and taught us a lot. Once, we were planning to go home at 2 AM, but she stayed until 4 AM helping us.” 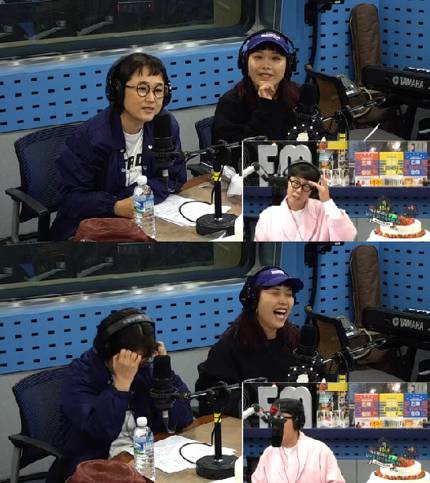 Meanwhile, FNC Entertainment recently confirmed that AOA is gearing up for a comeback in November.