NU’EST answered fun questions about their real-life personalities and habits.

On October 24, the boy group appeared as guests on MBC FM4U’s “Kim Shin Young‘s Hope Song at Noon” to promote their latest title track “LOVE ME.“

A listener asked about their drinking preferences. “I don’t drink,” answered Hwang Minhyun. “If I do drink, I prefer beer the most. Carbonation has a refreshing taste. I don’t know why people drink soju.” Baekho replied, “Aron doesn’t drink beer because he feels full before getting drunk.” Aron added, “I like soju the most. I don’t really eat when I drink,” and his fellow members called him cool and applauded him.

DJ Kim Shin Young spoke positively about Ren’s future in variety shows. She said, “I’ll put Ren on my shoulders and go to variety shows. It was to the point where Kwanghee got jealous and asked me, ‘Is it me or Ren?'” 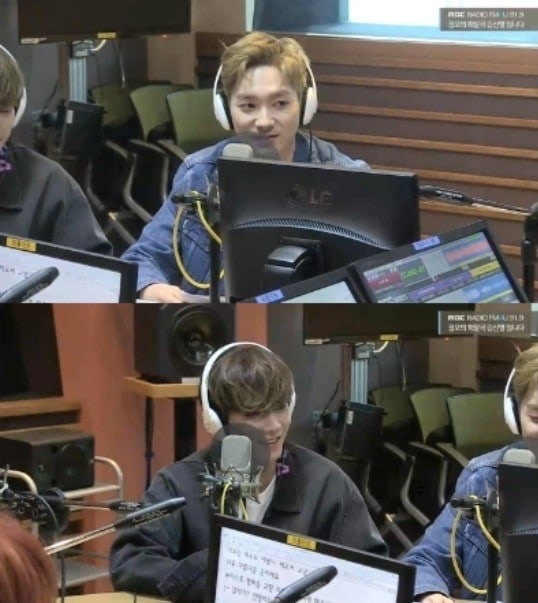 When asked about an old favorite song, Ren answered, “I listened to Yemin’s ‘Love Story of a Countryside Boy’ (literal title) in the dressing room. The DJ asked him to sing a verse of the song, and Ren gained the nickname “21st century’s Yemin.”

The members were then asked how they saved each other’s names on their phones. Aron replied, “I saved them in a simple way. For example, as ‘NU’EST Dongho’ or ‘NU’EST Jonghyun.'” Baekho added, “I saved them exactly as their names. It’s not that I don’t have affection for them, but because we’re NU’EST.” DJ Kim Shin Young sympathized with this, saying, “I’ve also saved the Celeb Five members as ‘Celeb One,’ ‘Two,’ ‘Three,’ and ‘Four.’ I guess I was insincere.” 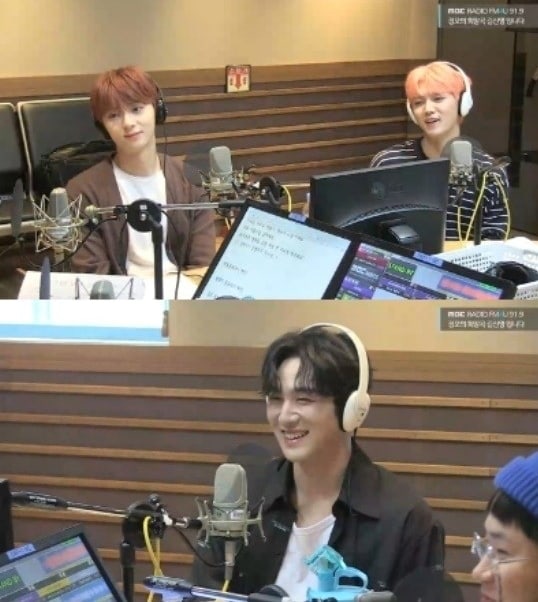 The final question was about each member’s shopping styles. Baekho said that he buys something if he likes it. Aron replied, “I only shop once or twice a year. I tend to buy a lot at once.” JR added, “If I like [the item] offline, then I comfortably purchase it online. There are many places online that are cheaper.” DJ Kim Shin Young made everyone laugh with her witty praise for the NU’EST leader. “This kind of person buys buildings,” she said. “Building owner, coming soon. I’ll congratulate you in advance.”

Ren answered, “I prefer shopping online no matter what since it’s delivered within a day.” Hwang Minyhun added, “I like shopping. I like to look around and especially look a lot at shoes.”

As for what they think they might be currently doing if they weren’t promoting as NU’EST, JR said, “These days, I think about writing.” Ren replied, “I think I would’ve drawn pictures,” while Hwang Minhyun stated, “I think I probably would’ve been an average college student.” Baekho said, “I have no idea. I wonder if there’s something I can work hard at like this.”

JR concluded the broadcast, saying, “What comes to my mind right now is doing a good job at this week’s music programs,” he said. “And let’s do a good job maintaining our condition.” 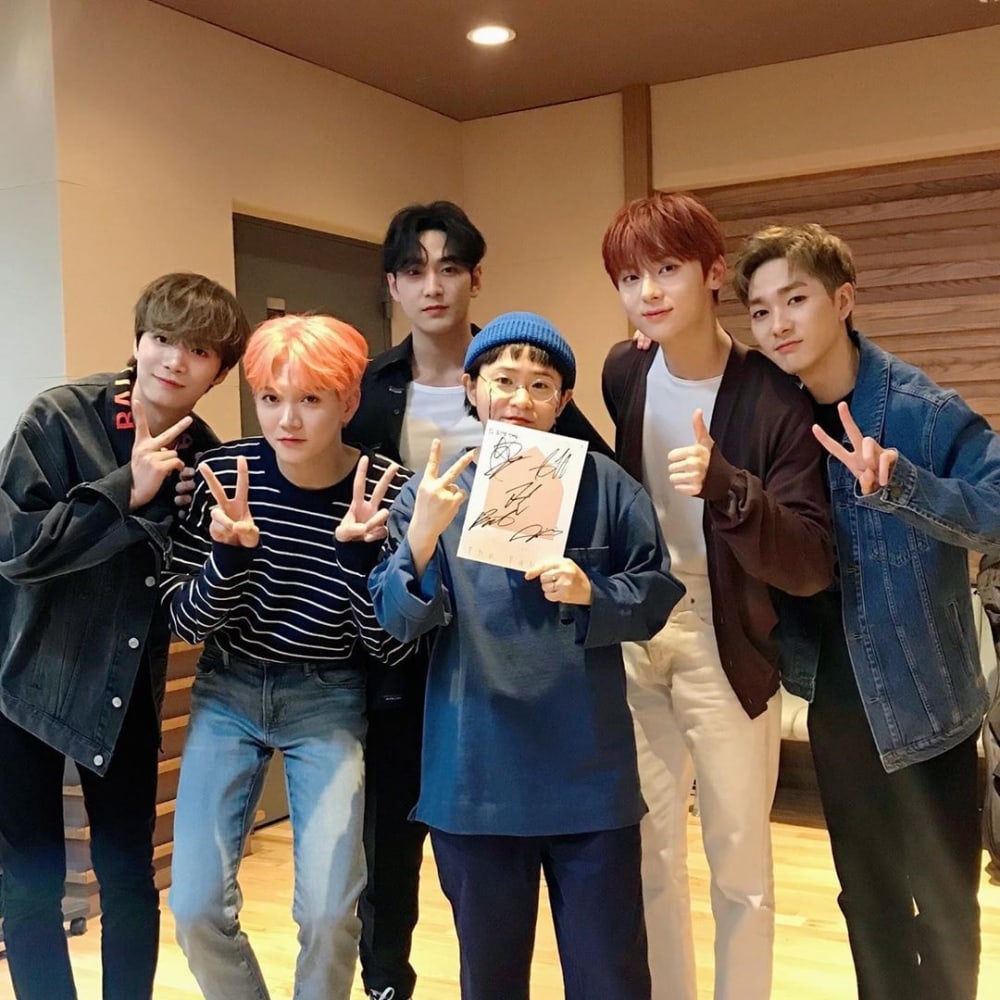 Check out the MV for NU’EST’s title track “LOVE ME” here!

NU'EST
Kim Shin Young's Hope Song at Noon
How does this article make you feel?