“VIP” has released its first stills of Jang Nara and Shin Jae Ha!

This upcoming SBS drama is about a task force in charge of taking care of a department store’s VIP clients, and it tells the stories of working women surviving in the workforce and their marriages.

Jang Nara portrays VIP task force leader Na Jung Sun who tries to approach each person with sincerity while Shin Jae Ha appears as the VIP task force’s rookie employee Ma Sang Woo who’s trying to survive day by day at the office. These two characters form a senior-junior relationship as Na Jung Sun acts as an angel-like figure who helps him whenever he finds himself in difficult situations.

In the stills, Jang Nara and Shin Jae Ha are caught in the rain. This scene is when Na Jung Sun rides a motorcycle in the rain to come to Ma Sang Woo’s rescue. Wide-eyed and in shock, Ma Sang Woo looks at Na Jung Sun who appears in front of him after taking off her helmet. Na Jung Sun is soaked from head to toe, but smiles at the colleague standing before her. 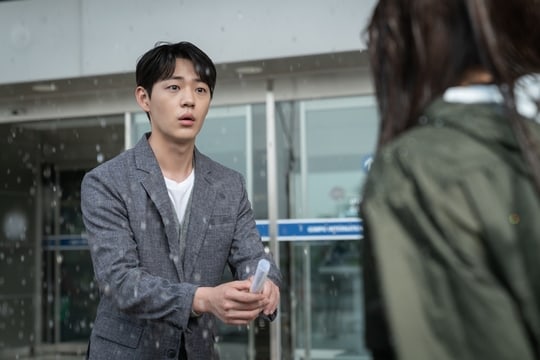 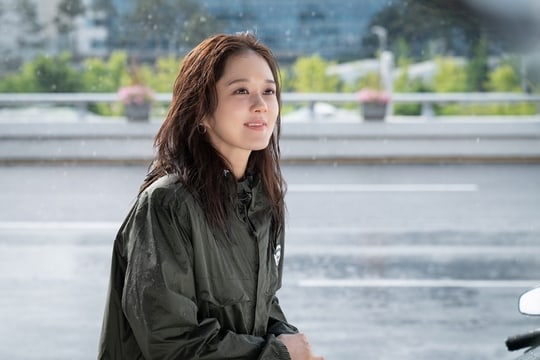 This scene was filmed at Gimpo International Airport in May. Jang Nara is too afraid to even ride a merry-go-round, but she received advice in order to portray Na Jung Sun whose hobby is riding motorcycles. The actress used her research to come up with poses and gestures and practiced multiple times as soon as she arrived on set.

She also put water on her hair and clothes in order to act out the scene in the rain, and Shin Jae Ha perfected his lines. After it began raining, the two actors immersed in their characters and completed the shoot in one take. 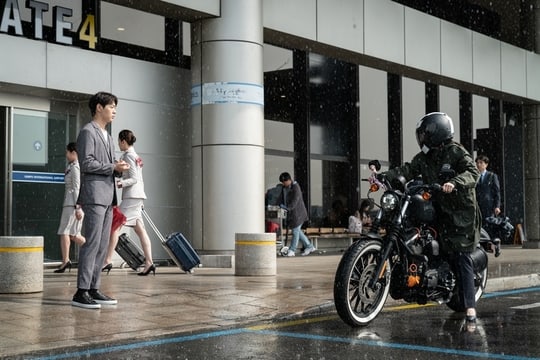 A source from the drama said, “Jang Nara and Shin Jae Ha made this scene shine even more with their physically-unsparing passion. Please look forward to the special chemistry between the professional senior and troublemaker youngest employee.”

Jang Nara
Shin Jae Ha
VIP
How does this article make you feel?