SBS’s “Vagabond” has revealed stills for this week’s coming episodes, teasing even more action and intrigue!

The new stills show Cha Dal Gun and the NIS team under attack by forces led by Min Jae Sik (played by Jung Man Sik), who finds out that Dal Gun and Hae Ri have returned to Korea.

A source from Celltrion Entertainment said, “The actors, who showed incredible passion even in the fierce winds, have created yet another action scene for the books. Tune in to find out who comes out on top after the merciless, vicious battle.” 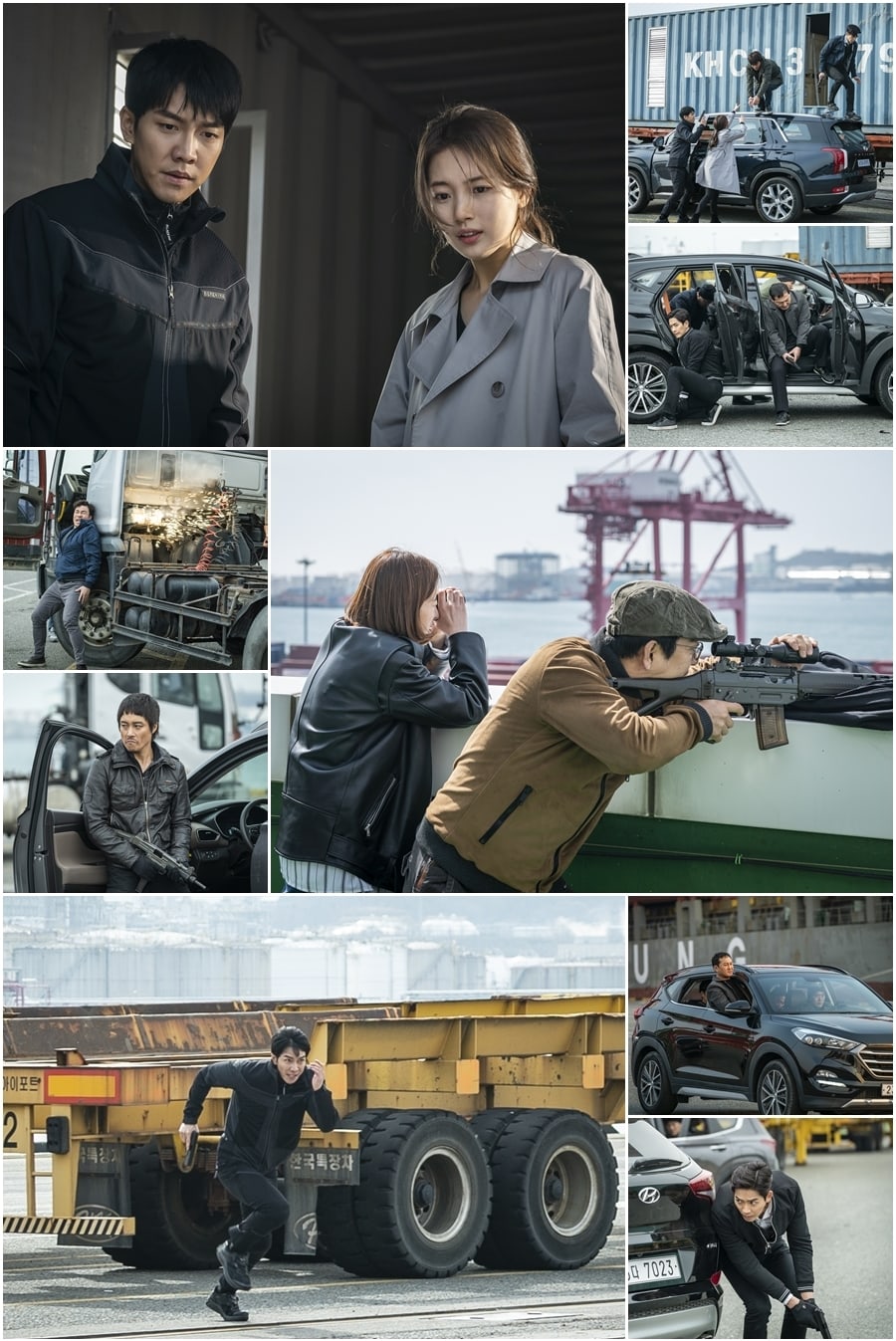