SBS’s “Vagabond” has teased another romantic moment between Lee Seung Gi and Suzy!

In the drama, Lee Seung Gi plays Cha Dal Gun, a stuntman who will stop at nothing to root out the people who caused the plane crash that killed his nephew, and Suzy is Go Hae Ri, an agent with the NIS (National Intelligence Service) who helps him.

In the new stills, Cha Dal Gun is treating a wound on Go Hae Ri’s neck. He surprises himself when he gets closer than expected and steals a glance at Hae Ri’s face before blushing up to his ears. Hae Ri looks intently at Dal Gun before setting her hand on his forehead.

On set, director Yoo In Sik told the two actors that they were free to get as close to each other as possible without touching. After shyly looking at each other, Lee Seung Gi and Suzy both burst out laughing. Lee Seung Gi continued to make Suzy laugh with playful improvisations during rehearsals and showed off his chops as the mood-maker on set.

A source from Celltrion Entertainment said, “The two actors’ chemistry is so good that no matter what we ask of them, they deliver and then some.” 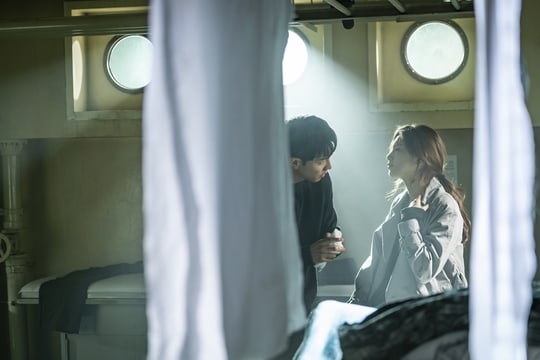 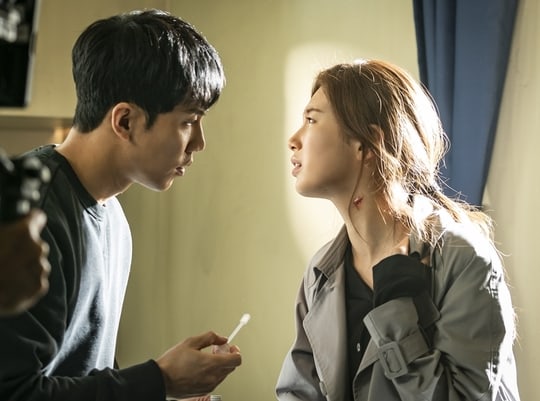 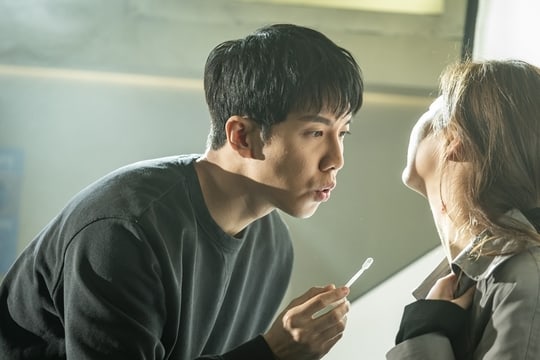 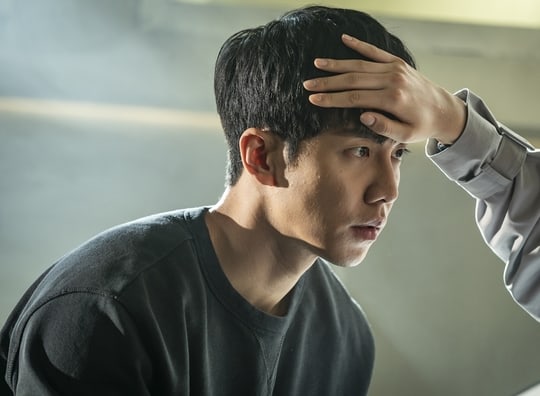