Ha Na Kyung has spoken up and admitted to being sentenced on charges for dating violence.

On October 24, it was reported that an actress was sentenced to eight months in prison which is suspended for two years on charges including special intimidation and violence. This means that she will be on probation for two years and if she violates the terms of her probation, she will have to serve an eight-month prison sentence.

Other charges detailed that the actress did not like how her boyfriend was meeting other women during his work at the adult entertainment establishment, so she is said to have invited 80 of his acquaintances in a group chatroom and made malicious comments about him.

The courts stated, “The defendant’s actions, when seen individually, may not appear to be grave when compared to other cases of violence. However, the defendant has been sentenced to pay a fine for dating violence against former boyfriends in the past. Also, her act of causing bodily harm to the victim with her car makes her crimes more grave.” They stated, “However, we took into consideration the fact that the defendant has promised to never come into contact with the victim again, and the victim being partially responsible for the altercations for the final verdict.”

When it was first speculated that the actress in question was Ha Na Kyung, she denied that the charges were about her in a live broadcast on Afreeca TV. She explained that she was wearing sunglasses in the broadcast due to an inflammation of her cornea before leaving. She left the broadcast for 30 minutes and when she returned, she took back her denial and said, “That article is about me.” 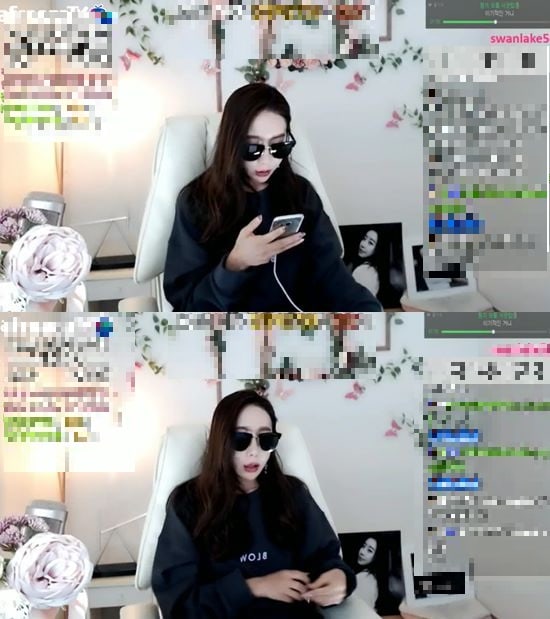 She stated that there were parts of the article that were incorrect, and she wanted to touch upon those points. She said, “It’s true that I first met him at a host bar in July 2017. An acquaintance invited me there, I wasn’t there to use my own money.” She continued, “We began to date. It’s true that we had a verbal altercation in October 2018 at a restaurant. He left, and wasn’t picking up his phone, so I took my car and went home. He got out of a taxi and he’s the one who approached my car. The article said that I ran my car into him but that’s not true.”

Ha Na Kyung said, “We started living together in November 2017. Two months later in January 2018, he said he wanted to study abroad to learn a new language, so I financially supported him. He was using me for money. We had a cross examination with him today. I thought he was someone I loved and could get married to, but he filed a false suit against me to break things off so I countersued him. I submitted evidence of him physically assaulting me.”

She said, “In this situation, I’m the one with the most heartache. The only crime I’ve committed is loving him. I have blackbox footage. He came in front of my car so I had to slam on the brakes. In that moment, he smirked and went up to our home.”

Ha Na Kyung
How does this article make you feel?