SF9’s Rowoon is working hard to transform into Ha Roo in “Extraordinary You”!

“Extraordinary You” tells the story of a high school student named Eun Dan Oh (Kim Hye Yoon) who discovers that she is a character in a manhwa (Korean comic). When she meets a nameless extra in the story (Rowoon), she decides to go against her predetermined fate and find true love.

The drama is currently rising in viewership ratings, and one of the reasons is Rowoon’s acting as the sweet but silent Ha Roo who will do anything to help Eun Dan Oh change her fate. His extra efforts to immerse into his role have successfully helped with his performance.

In the episode where the students attended the birthday part of Oh Nam Joo (Kim Young Dae), Ha Roo was wearing a tacky green suit that was actually chosen by Rowoon himself. Rowoon decided that Ha Roo would not know how to dress coolly since this was his first part, so he chose a fancy yet cringe-worthy suit that was too small for him. His great choice brought the fun of the scene to the next level.

In episode ten, Ha Roo and Baek Kyung (Lee Jae Wook) had a tense tennis match. In the stage, he had to allow Baek Kyung to win as the writer intended, but in the shadow, his strong play shocked everyone. This was one of the reasons that Ha Roo became a character who was an expert at tennis as well as Baek Kyung’s loyal friend.

To perfect his role, Rowoon practiced tennis several times despite his busy filming schedule. It was his first time playing tennis, but with his steady effort and athletic ability, he was able to learn it quickly. As a result, the tennis scene was filmed in one take, and he was praised by many crew members for it. 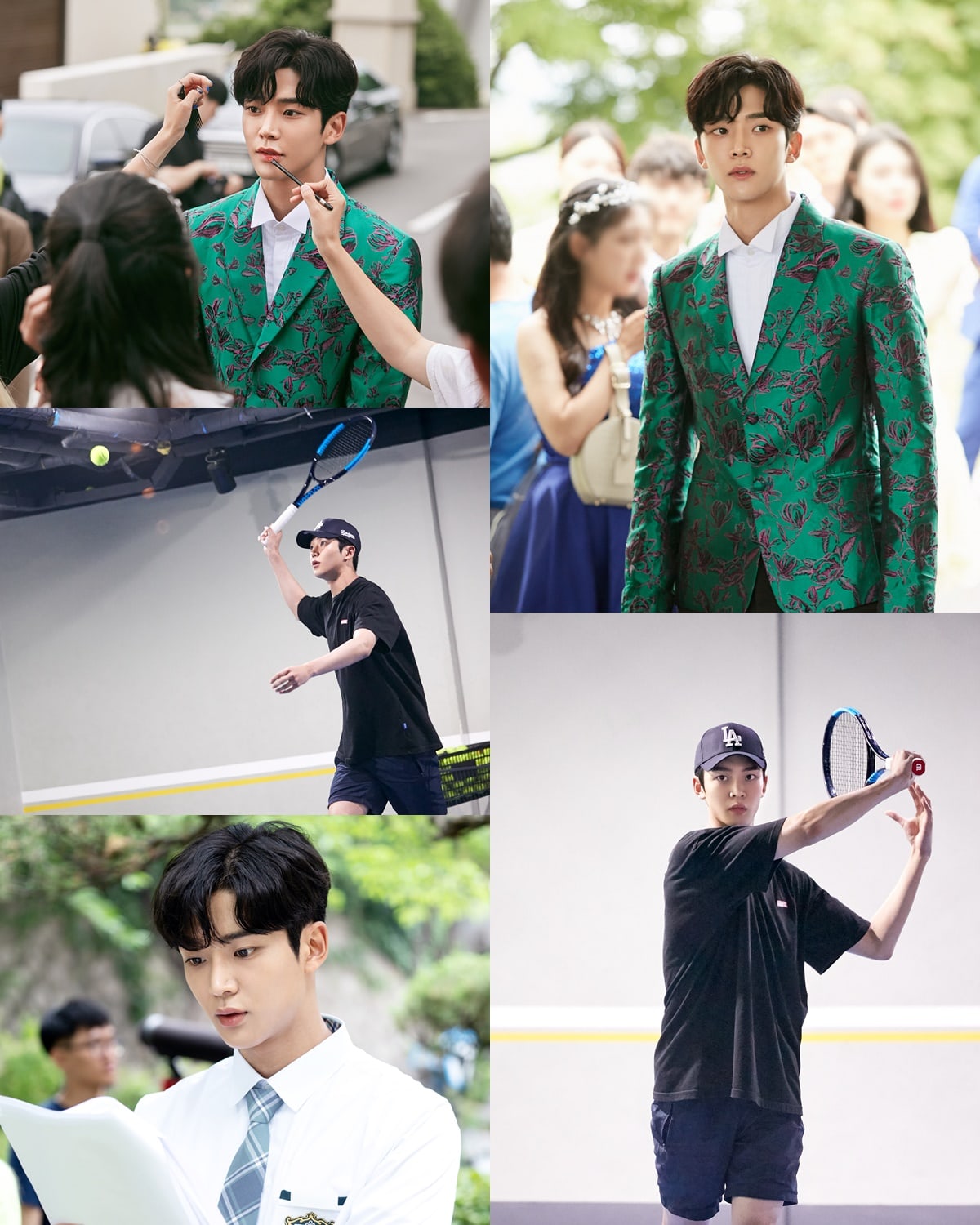 Rowoon also did his best to understand his character by studying his script whenever he had time. His notes and highlighting proved his serious attitude towards acting, and he made sure to review the script during breaks because he feels a great sense of responsibility over playing his first lead role. On top of that, Rowoon monitored his filmed scenes and recorded them on his phone to analyze his acting. He portrayed Ha Roo with his gaze rather than lines, and because of such detailed acting, he was able to perfectly convey his character.