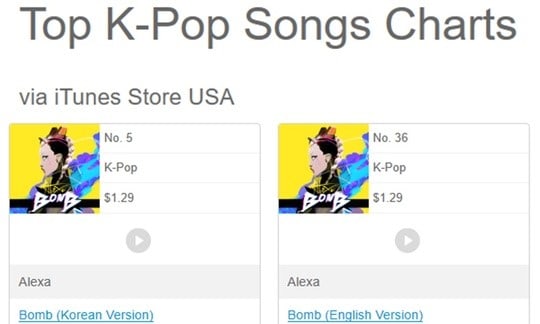 This is AleXa’s first time entering a music chart, and the feat was achieved four days after her debut. As of this article’s publication on October 25 at 11 p.m. KST, her music video for “Bomb” has reached over 2.87 million views.

AleXa was the Grand Prize Winner of Soompi’s “Rising Legends” competition in 2017, and she participated in the 2018 Mnet survival show “Produce 48” under ZB Label. She is now the first artist from the show to make a solo debut.

AleXa has joined the lineup of the global festival “KAMP Singapore 2019” which will be held at Singapore Indoor Stadium on November 9 and 10, where she’ll be performing her debut track.