SuperM gave viewers a behind-the-scenes look at their U.S. debut and promotions in “SuperM the Beginning.”

On October 25, SBS aired the TV special that followed the past few weeks of SM Entertainment’s new boy group.

Upon their arrival in the United States, SuperM headed to where they would be staying in Beverly Hills. Baekhyun commented that it resembled a vacation house after seeing the exterior, and the members were in awe once they walked inside. 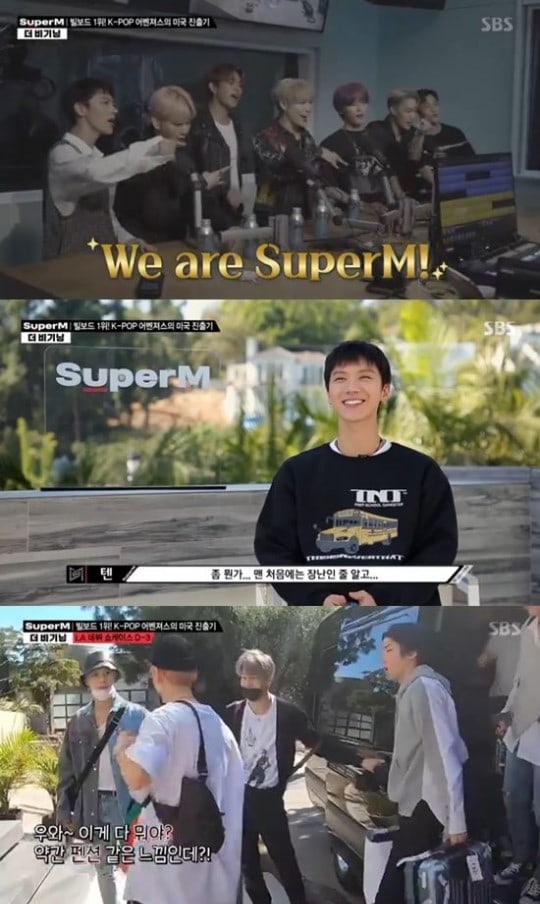 “I spoke with the older members, and we didn’t want to stay in a hotel,” explained Ten. “If we stayed at a hotel, we couldn’t see each other very much so we wanted to stay together in one place.” Kai added, “I wanted to quickly get close with the members and said that I wanted us to be together, so I want to say thank you to the agency for getting us such a nice place to stay.” 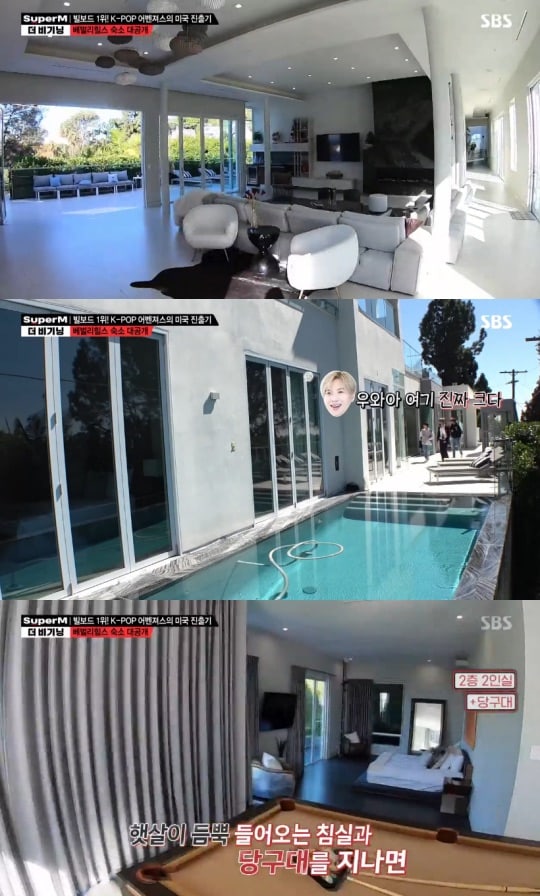 The members played a game to choose the order for room selections, took a brief rest, then headed to the practice room. SuperM continued to practice late into the night and thought about their performance even while eating.

When they were asked how they took on the difficult challenge of forming one group together, Ten replied, “I thought that it was a joke at first.” Mark added, “We all arrived in separate cars, and we looked like Transformers.”

Leader and oldest member Baekhyun explained, “I don’t think I would’ve wanted to do it if it was going to be a one-time thing. I liked when I heard that we could continue [promoting].” Kai stated, “I was inspired by looking at artists in the North American market and wanted to try as well.” 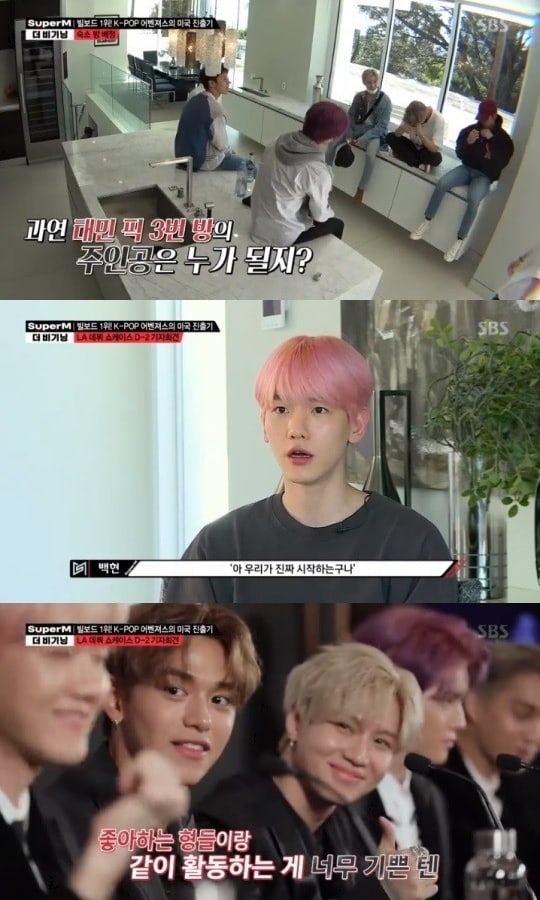 As for why SuperM held their debut performance in the United States, Capitol Music Group CEO Steve Barnett said that the company wanted to produce a group like the Avengers, and he’d decided that he had to work with SM Entertainment.

SM Entertainment founder Lee Soo Man added, “I felt really grateful and thought that it was a very big opportunity.”

SuperM kickstarted their U.S. debut with a radio show appearance. During his interview, Kai said, “I like the radio and it would’ve been an event that I could’ve enjoyed comfortably without being nervous if it were in Korea. But I felt nervous for some reason because I came to the United States.” 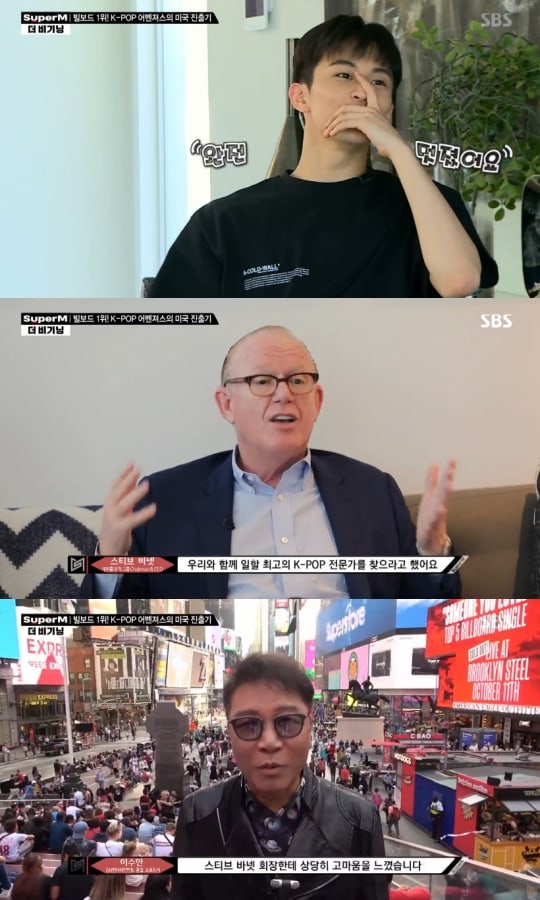 The boy group then attended an official press conference with U.S. media outlets where they were met by the cheers of their fans. “I don’t usually get nervous,” said Baekhyun. “But I walked in, saw the fans, and began feeling nervous after thinking, ‘It’s starting.'” Ten revealed, “It was my dream to work with Taemin and my dream came true.” Stating his goal, Baekhyun said, “I want to lead K-pop to a step higher as a pioneer of K-pop.”

The day finally arrived and fans gathered at Capitol Records Tower in Los Angeles for SuperM’s debut showcase. As the fans chanted the members’ names, Taemin said to Kai, “I feel really nervous after hearing our song echoing.” Baekhyun said in his interview, “I was really grateful that so many people came.” Taemin said, “I thought that I should concentrate on doing a good job because I felt as if my anxious and nervous feelings were going to be noticed.”

Before going onstage, Taemin told the other members, “It’s our debut now. It’s really the beginning.”

SuperM made a successful debut with performances of “I Can’t Stand the Rain,” “Super Car,” and title track “Jopping.” Check out the performances below:

“SuperM the Beginning” aired on October 25, and will be available on Viki!

SuperM
SuperM the Beginning
How does this article make you feel?