“The Tale of Nokdu” stars Jang Dong Yoon and Kim So Hyun picked their favorite scenes from the drama, shared fun behind-the-scenes stories, and more!

On the October 25 episode of “Entertainment Weekly,” the two actors sat down for an interview to discuss the rising popularity of KBS’s “The Tale of Nokdu,” which continues to lead ratings for Monday-Tuesday dramas.

When asked what might be the secret to the drama’s success, Jang Dong Yoon attributed it to the unique chemistry between the two leads, while Kim So Hyun suggested that Jang Dong Yoon’s beauty when dressed as a woman was a large factor. Jang Dong Yoon said about his experience dressing as a woman, “At first, I was a bit confused since it was so unfamiliar. After awhile, though, I started to enjoy it.” 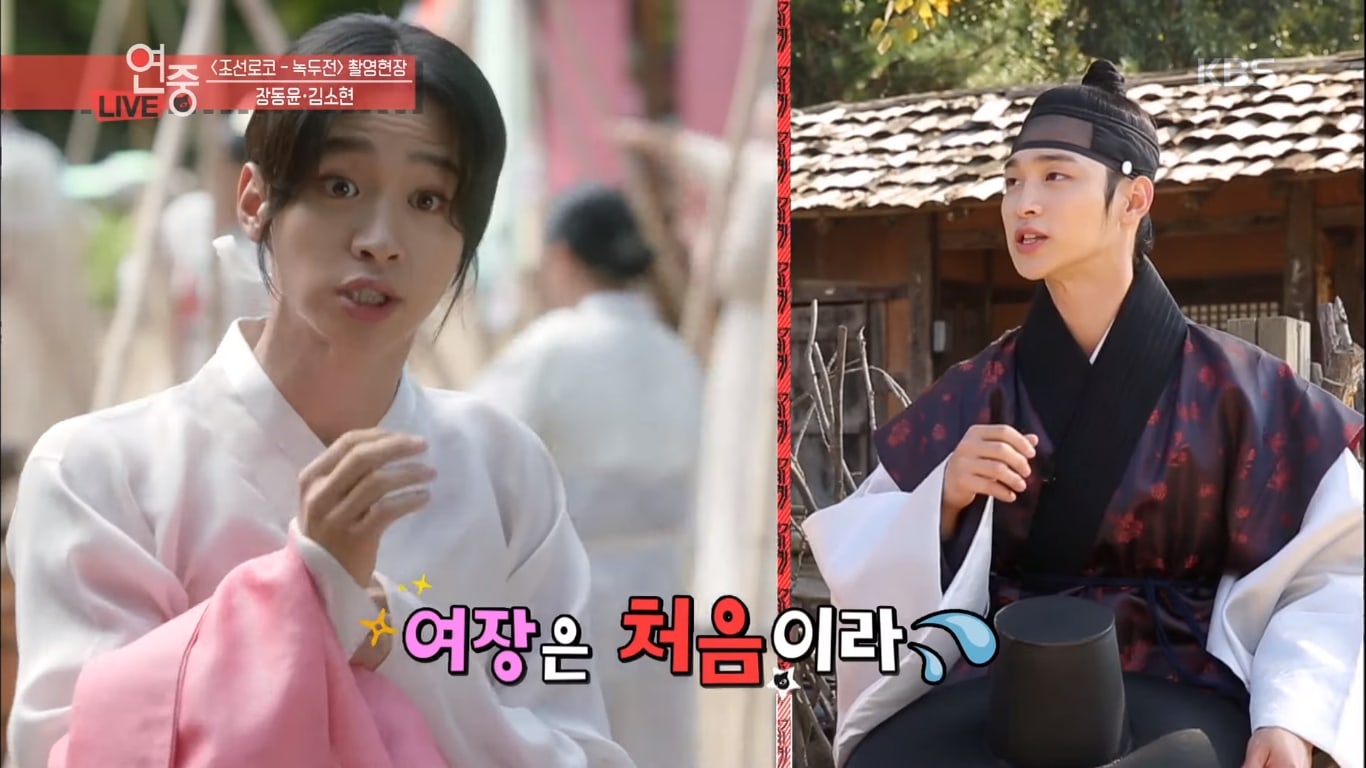 The actors also selected their favorite scenes from the drama. Kim So Hyun chose the scene in which her character, Dong Dong Joo, rides on a swing while remembering the time she spent with her family. She explained, “The scene really encompasses all the things that Dong Joo has been through in her past and her desire to move forward after meeting Nok Du, so I thought a lot about [how to act for it].” She hilariously added that the stylist put a lot of hairspray in her bangs to keep them neat as she swung back and forth. 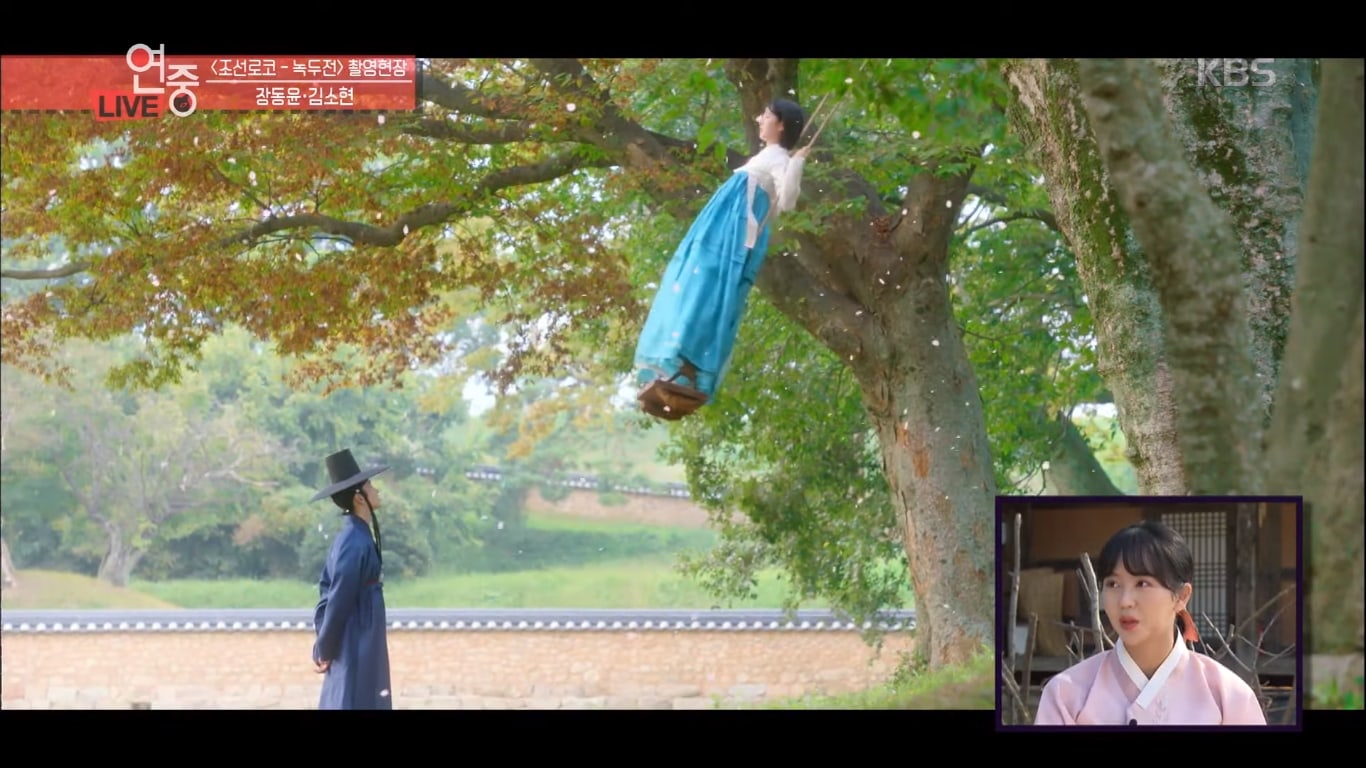 On the other hand, Jang Dong Yoon chose the kiss scene between his character Nok Du and Cha Yul Moo (played by Kang Tae Oh). He stated, “I was looking forward to it because I thought it would be fun. I was also really nervous. I wanted to do well, but when it came time to actually do it, I couldn’t!” drawing laughter and teasing remarks from the interviewer and his co-star. 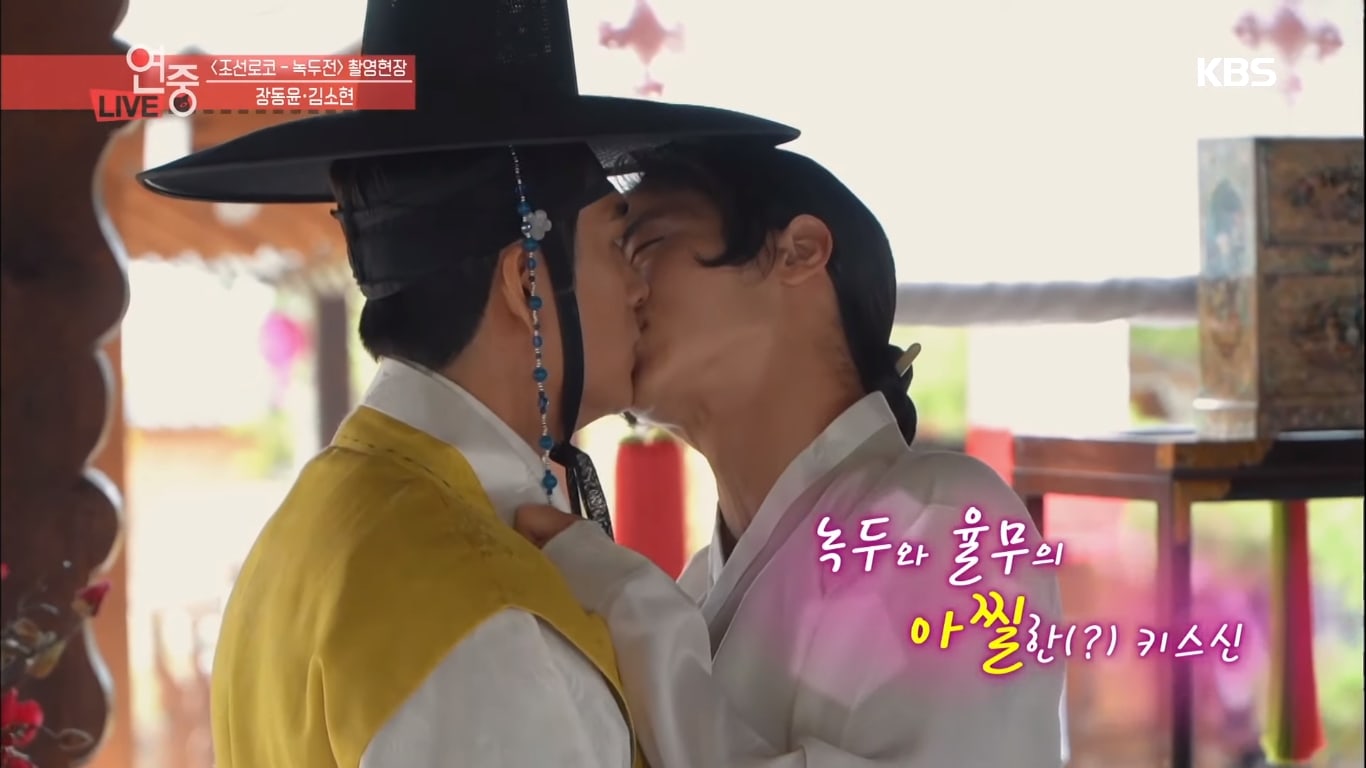 …and catch up on “The Tale of Nokdu” here!

Entertainment Weekly
Kim So Hyun
Jang Dong Yoon
The Tale Of Nokdu
How does this article make you feel?