The drama is about Ma Dong Chan (Ji Chang Wook) and Go Mi Ran (Won Jin Ah) who both work at a broadcasting station. They participate in a project to be frozen for 24 hours, which ends up being 20 years after a mysterious scheme. 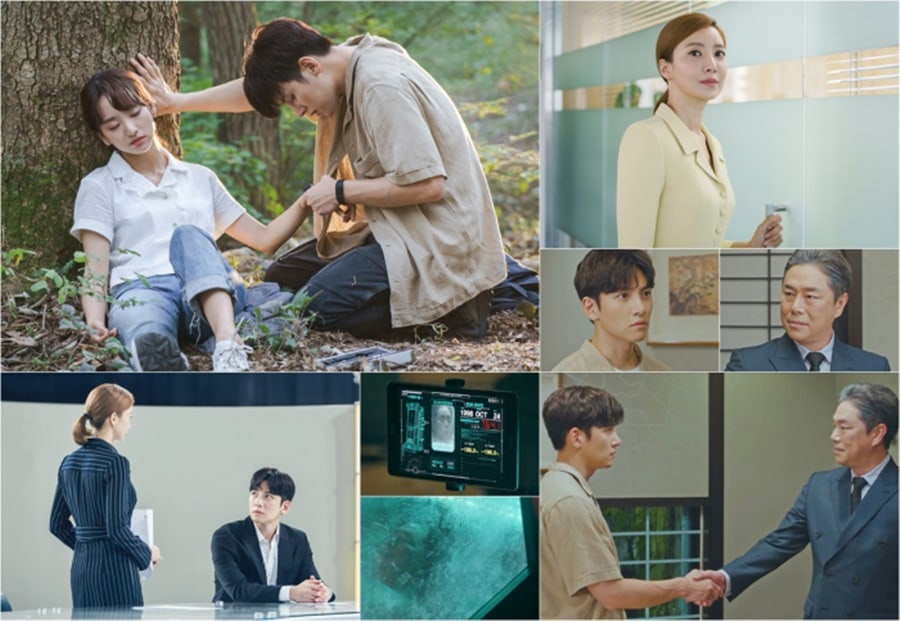 Heading into the second half of the drama, here are two points you should definitely be looking forward to!

It wouldn’t be a romance drama without a love triangle! Even with the fairy tale kiss scene between Dong Chan and Mi Ran at the end of episode 7, Dong Chan’s ex-girlfriend Na Ha Young (Yoon Se Ah) is unable to forget him after 20 years, complicating their relationships. She even goes out of her way to warn Mi Ran, saying, “Be careful not to get caught. I hate anything that puts Ma Dong Chan in an unfortunate situation.” She shows a surprising change of heart when goes out of her way to protect Mi Ran despite having spent 20 years waiting for Dong Chan to come back to her. Her recent actions have piqued more curiosity among viewers as to what she will do next and whom Dong Chan will eventually find himself closer to.

In addition to the mystery of the frozen human project scheme, the mystery man’s (Kim Bup Rae’s) case is another one to be solved. At the request of Kim Hong Seok (Jung Hae Kyun), Dong Chan attends a dinner where he sees a man with the same face as a fellow frozen human. Ha Young also then receives a tip-off phone call regarding the murder of Jo Ki Bum (Lee Moo Saeng), where the person frantically tells her, “I know the perpetrator of the Jo Ki Bum accident,” and proposes a meeting with Ma Dong Chan. This leads to the question of what other secrets the other frozen humans are holding, and how Dong Chan will be able to uncover the truth.

The producers of “Melting Me Softly” shared, “‘Melting Me Softly’ has reached its turning point. The upcoming episodes have taken into consideration the earnest advice of our viewers. Starting with episode 9, both the romance and mystery will be upgraded, so please look forward to it and give us lots of attention.”