KBS’s “The Tale of Nokdu” has released stills of its upcoming episodes, hinting that the lives of Nok Du (Jang Dong Yoon) and Dong Joo (Kim So Hyun) have taken a turn!

Last week, Nok Du shared his heartfelt confession, but Dong Joo decided to leave the all-female community in order to protect him and seek revenge despite her mutual feelings for Nok Du. However, the community also faced danger as Yul Moo (Kang Tae Oh) turned to the dark side, and Nok Du miraculously managed to save Dong Joo at the last minute.

Both Nok Du and Dong Joo look rather different in the stills that were released on October 27. Nok Du is out of his disguise and looks dashing as he smiles at someone. However, he looks rather upset as he sits by himself on a swing that he used to visit with Dong Joo.

Dong Joo also seems to have gone through a bit of transformation as she finally has her hair up. She stills looks as confident as before, but she seems to be missing something. 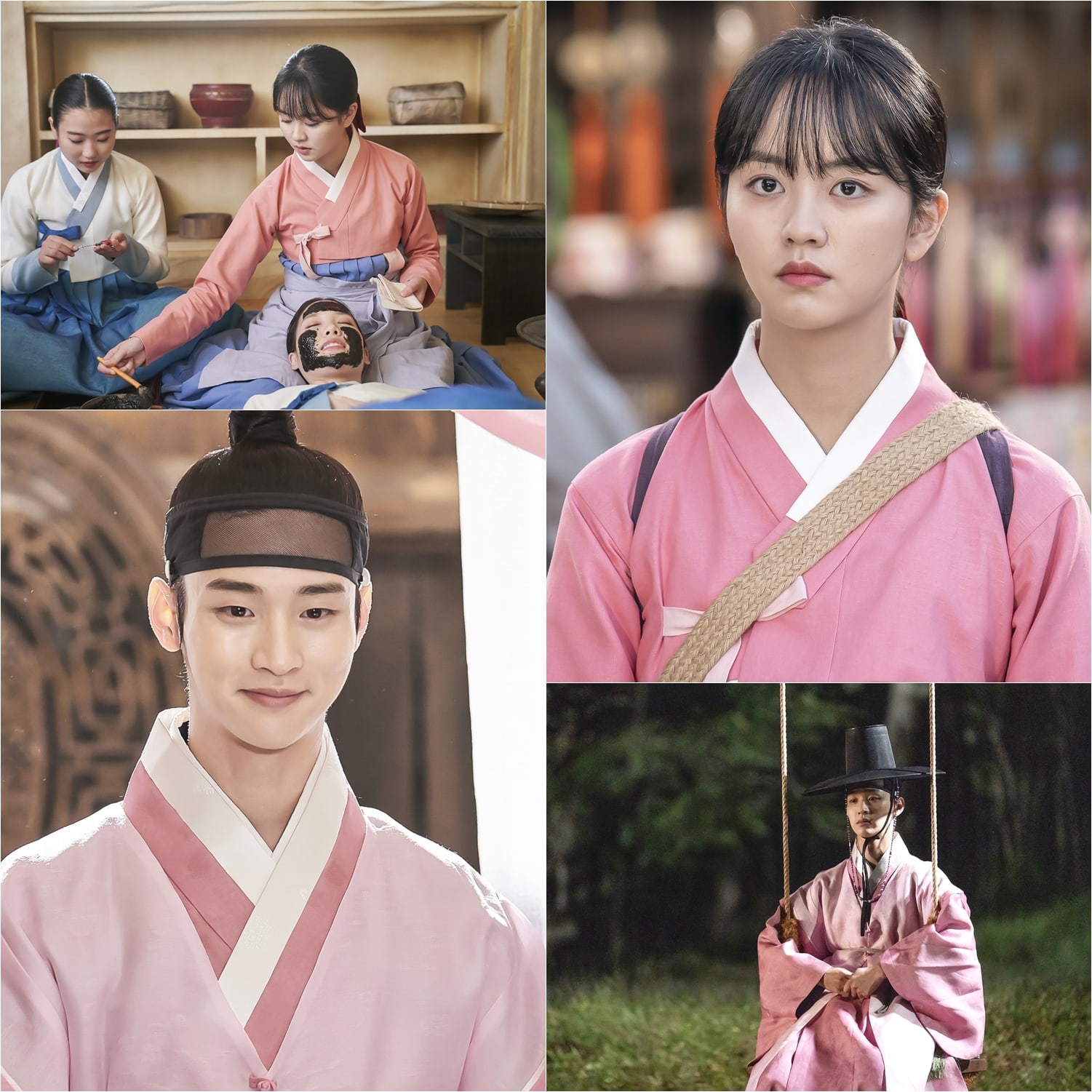 The production team said, “Episodes 15 and 16 will be a turning point for Nok Du and Dong Joo as they have left the all-female community. The two, who have started to walk down separate paths while having feelings for each other that they cannot express, will experience a deeper romance in midst of changes in the nature of their relationship.”