On the October 27 episode of “My Ugly Duckling,” P.O hung out with Kim Shin Young and Hong Jin Young at the singer’s home.

While eating dinner together, Hong Jin Young and Kim Shin Young teased P.O for “acting like a celebrity” with his busy schedule when they tried to make plans with him. P.O replied, “Just answer the phone when I call you.”

Referring to P.O’s kiss scene with gugudan’s Mina in “Hotel Del Luna,” Hong Jin Young asked, “Did you like it when you kissed?” 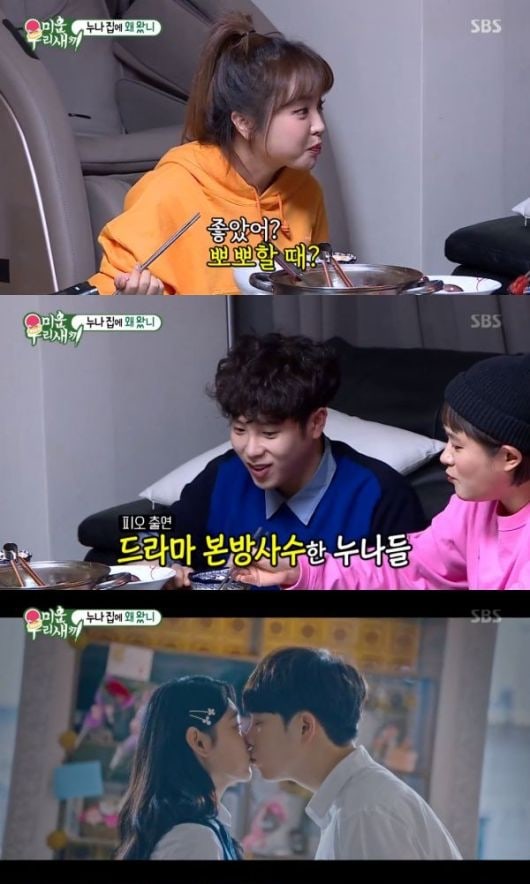 With a shy smile, P.O said, “What’s good about it? I just filmed it.” She commented, “It’s weird to see our baby kissing a girl,” and P.O replied, “I’m filming it because it’s in the script.”

Looking at his facial expression, the two female celebrities joked, “The [corners of your] mouth say everything,” and he burst into laughter. P.O added, “I used mouthwash [beforehand].”

When Hong Jin Young asked if this was his first kiss, P.O answered no. Kim Shin Young then startled him by adding, “It wasn’t his first kiss. He told us about it before.” 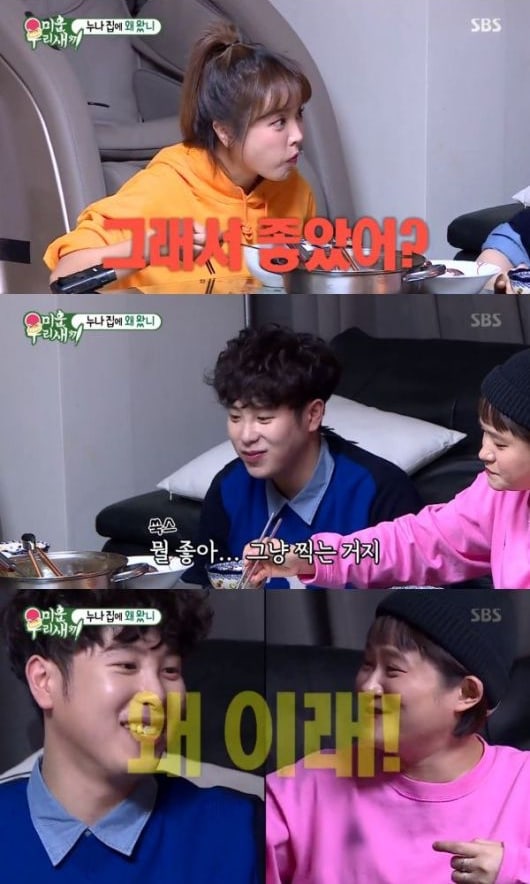