Choi Jin Hyuk shared his perspective on being called the master of kiss scenes on SBS’s “My Ugly Duckling”!

The actor appeared on the October 27 episode of the show as a special MC. Upon meeting him, the panel of celebrity mothers showered him with compliments. Comedian Park Soo Hong‘s mother commented, “He’s really good at kissing. He does it often. I’ve seen it,” drawing an embarrassed reaction from Choi Jin Hyuk. 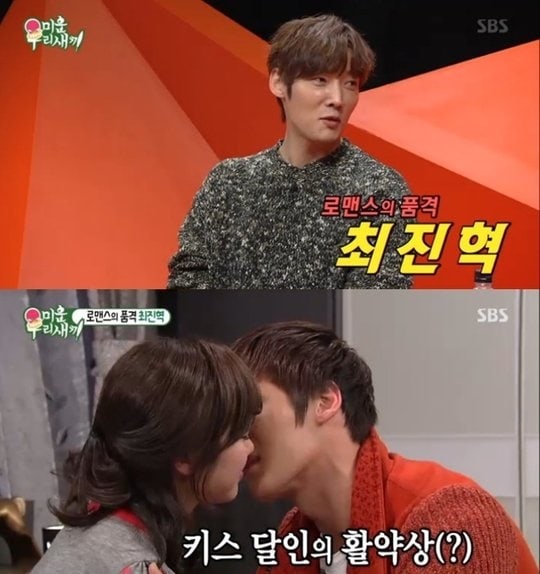 Shin Dong Yup teased him by asking, “Where do you practice? Are you born with it?” and Seo Jang Hoon added, “Is there an academy for it?” Choi Jin Hyuk responded, “I got the nickname ‘kiss master’ because the dramas I’ve been in have had a kiss scene practically every episode, not because I’m really good at it.” 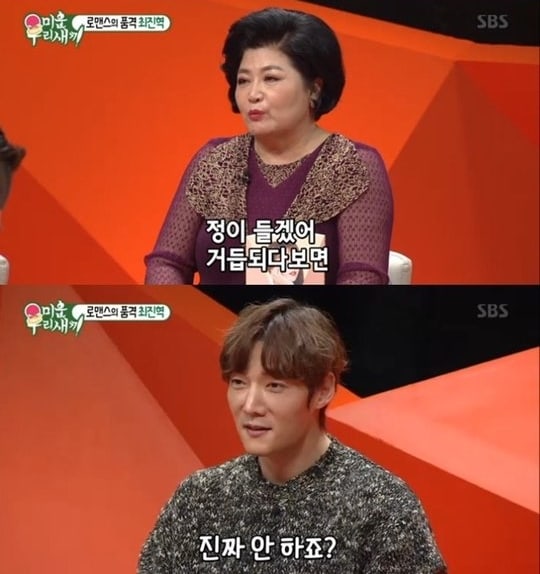 Tony An‘s mother hilariously agreed, saying, “You have to kiss seriously for the viewers to feel that it’s real. You can’t do it half-heartedly like you’re kissing your dog.”

Choi Jin Hyuk
My Ugly Duckling
How does this article make you feel?