“VIP” tells the story of a team in charge of taking care of a department store’s top one percent of VIP clients and dives into the lives of working women trying to survive in both the workforce and in their marriages. Jang Nara plays Na Jung Sun, the vice-chief of the VIP task force and a regular wife.

In new stills, Jang Nara prepares a surprise dinner for her husband. Her face is glowing with beauty and tenderness. After carefully preparing the meal, she changes into a black slip dress and sits at the table with a smile of anticipation on her face. Amid curiosity over why she has decided to prepare a surprise for her husband, expectations are high for the transformation of the actress who will showcase various sides as a career woman and as a wife. 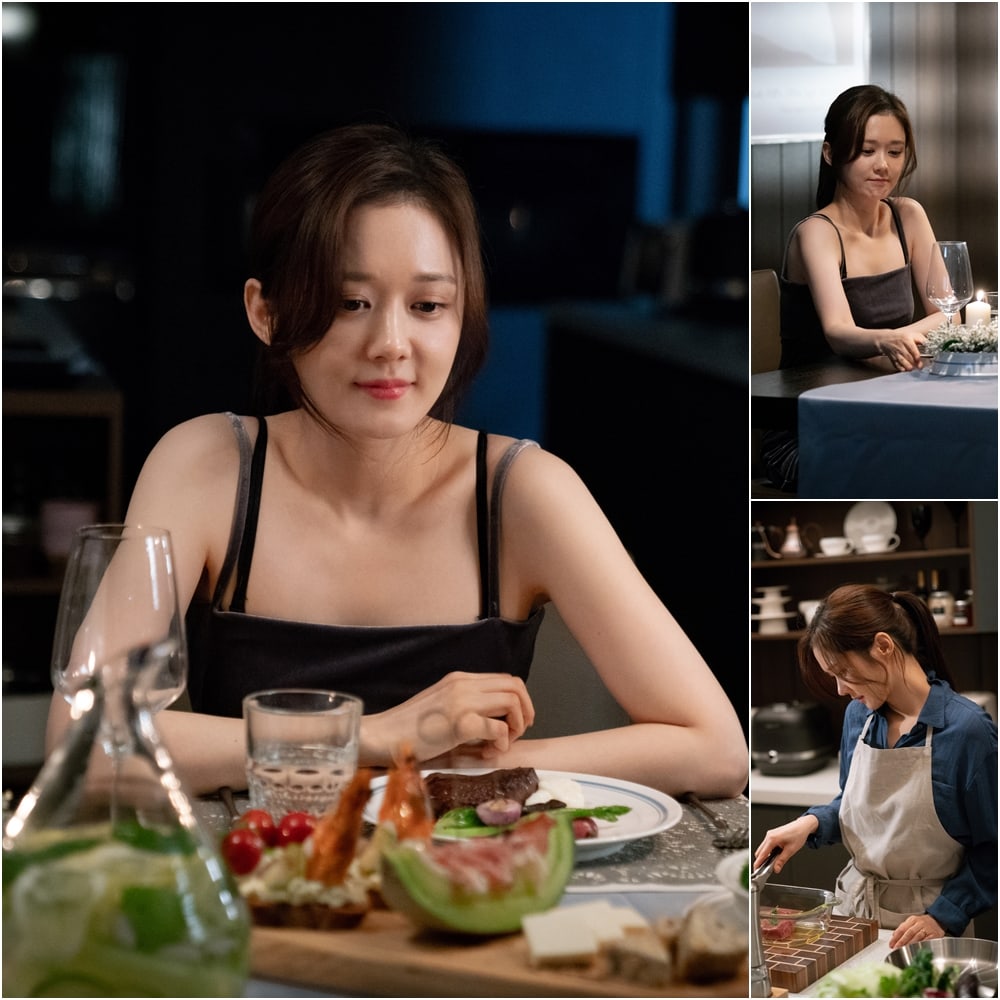 This scene was filmed at a set located within the Ilsan District of Goyang, Gyeonggi Province. Previously, the drama only showed glimpses of Jang Nara in neat suits as a charismatic working woman, but this time she appears in a lovely dress with a shy smile.

Before filming, Jang Nara exchanged opinions with the director and focused on her role. She immersed herself in her character to the fullest and showed various emotional expressions even though she didn’t have any lines. Once the director ended the scene, Jang Nara burst into laughter out of embarrassment, causing the others on set to laugh along with her.

The production crew praised, “Jang Nara’s performance is so perfect in every scene that we can sense her anguish [to act well]. She’s not afraid of change either. Please look forward to Jang Nara’s acting as she breaths life into her character Na Jung Sun with every minute and every second of her acting.”

“VIP” will premiere on October 28 at 10 p.m. KST and will be available on Viki. Check out a trailer below!

Jang Nara
VIP
How does this article make you feel?