The drama is a comedy thriller about a man named Yook Dong Shik (played by Yoon Shi Yoon), a timid pushover who happens to witness a murder. While attempting to flee the scene, he suffers an accident that causes him to lose his memory. When he wakes up and discovers the murderer’s diary — which describes his crimes in detail — in his hands, Yook Dong Shik becomes convinced that he is a psychopathic serial killer.

Yoon Shi Yoon gives off a cold aura in his poster, which is labeled, “A pushover who thinks he’s a serial killer.” Holding a red diary in his hands, Yoon Shi Yoon wears a cynical smirk on his face. The image beneath shows Yoon Shi Yoon holding not a diary, but a tape labeled “Thriller.” 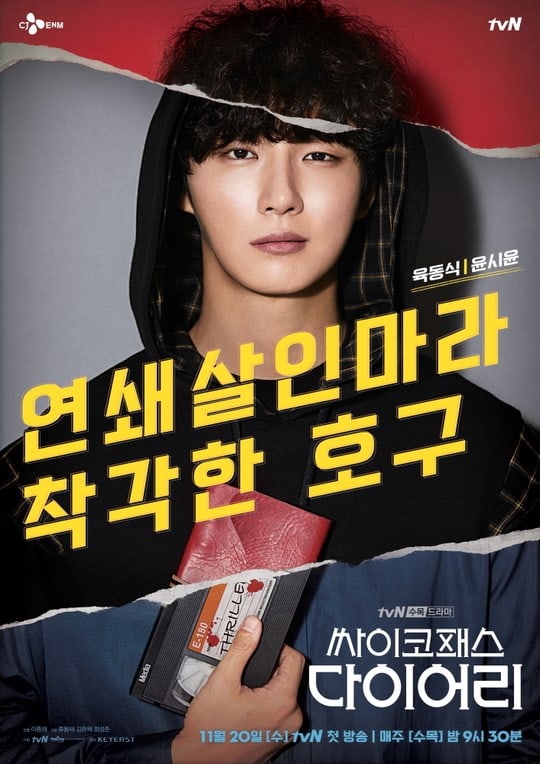 Jung In Sun’s poster describes her character as a “passionate neighborhood police officer.” Wearing a casual blazer in one image and her police uniform in the other, she wears a stern expression with her hands on her hips. 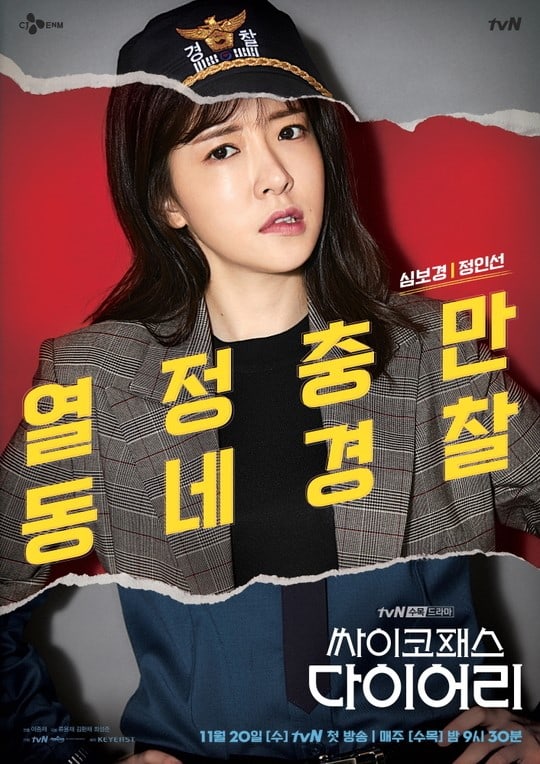 Park Sung Hoon flashes a gentle smile in his poster, though his smile doesn’t reach his eyes. His clean-cut black suit stands in sharp contrast to the image beneath, which shows him wearing a blood-covered poncho. The poster reads, “100 percent pure psychopath.” 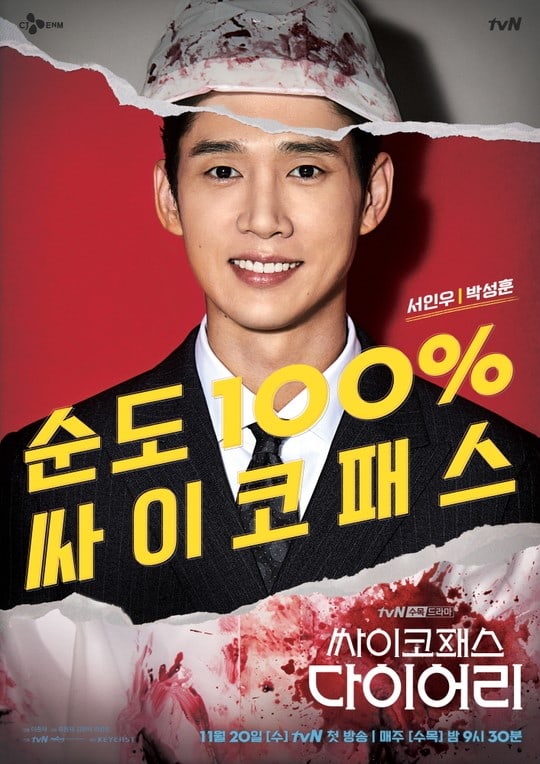