On October 29, Good Data Corporation revealed the weekly rankings of the dramas and actors that generated the most buzz over the past week. The results are from the company’s analysis of news articles, posts on blogs and online communities, videos, and social media for 26 currently airing and upcoming dramas from October 21 through 27.

MBC’s “Extraordinary You” maintained its spot at the top of the list of buzzworthy dramas. The drama continues to gain popularity for its unique concept and unpredictable storyline as well as the actors’ passionate acting. SF9’s Rowoon rose one step and took the No. 2 spot on this week’s ranking of buzzworthy actors, while Kim Hye Yoon and Lee Jae Wook placed No. 4 and No. 6, respectively.

“When the Camellia Blooms” placed No. 2 for the second consecutive week. Gong Hyo Jin fell one step to No. 3 on the ranking of buzzworthy actors and Kang Ha Neul fell to No. 9.

“The Tale of Nokdu” climbed up to become the No. 3 buzzworthy drama, and Jang Dong Yoon placed No. 7 on the buzzworthy actors list.

“Flower Crew: Joseon Marriage Agency” dropped one step to No. 4 on the list of buzzworthy dramas, but Park Ji Hoon remains strong on the buzzworthy actors list, topping it for the sixth consecutive week. 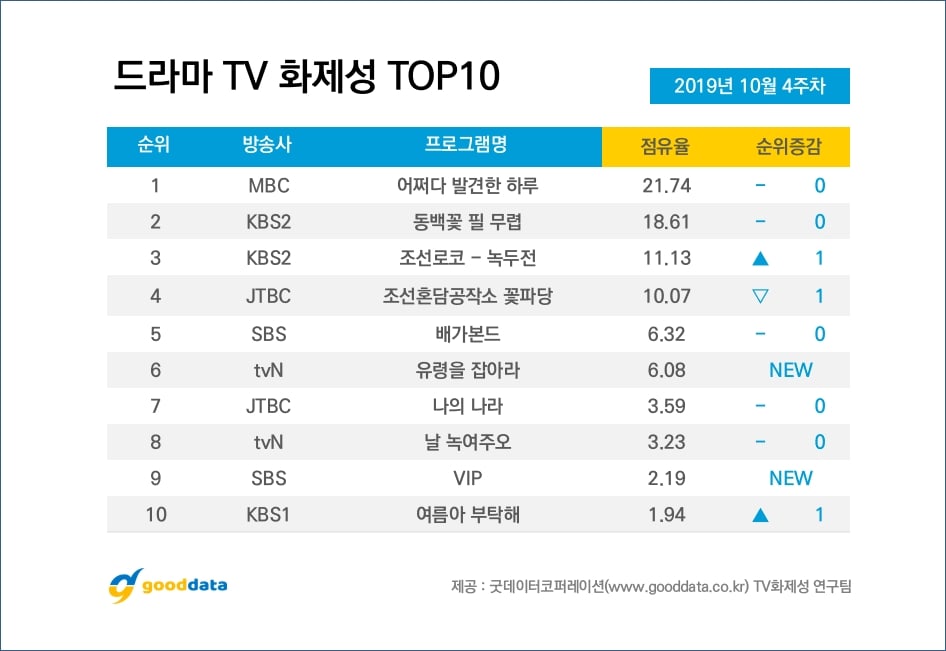 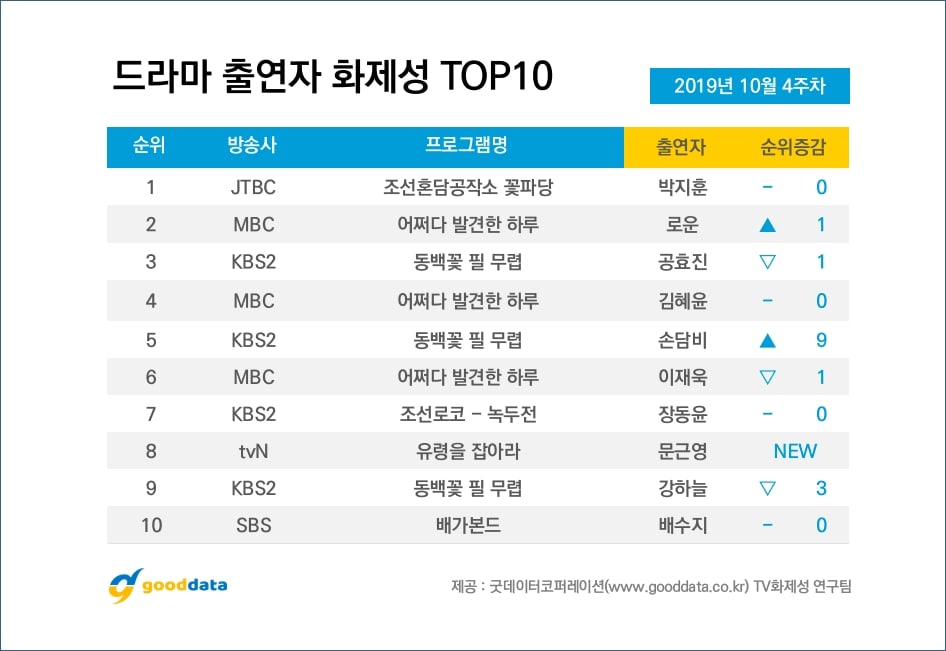