On October 29, Good Data Corporation released the rankings of non-drama TV shows and cast members that generated the most buzz from October 21 to October 27.

The rankings are based on online articles, blog posts, community forums, social media posts, and views on video clips for 183 non-drama TV programs that are currently on air or scheduled to air soon.

Mnet’s girl group competition program “Queendom” maintained its No. 1 spot for the sixth consecutive week, generating 10.63 percent of the total non-drama buzz for the week. The show’s competitors Oh My Girl, Lovelyz, and Park Bom placed No. 1, No. 5, and No. 11, respectively, on the ranking of non-drama cast members.

tvN’s “New Journey to the West 7” entered the list at No. 3 this week after its premiere on October 25, and MBC’s “I Live Alone” maintained its spot at No. 4. MBC’s “100 Minute Debate” rose dramatically on the ranking to take the No. 5 spot, with politicians Hong Jun Pyo and Rhyu Si Min placing No. 2 and No. 3 on the ranking of non-drama cast members.

In the ranking of the non-drama cast members that generated the most buzz, Yoo Jae Suk continued to place No. 4 for his appearance in MBC’s “How Do You Play?” while Brown Eyed Girls entered the list for their appearance on “Ask Us Anything.” “I Live Alone” cast member Hwasa was able to rise to No. 9 on the list. 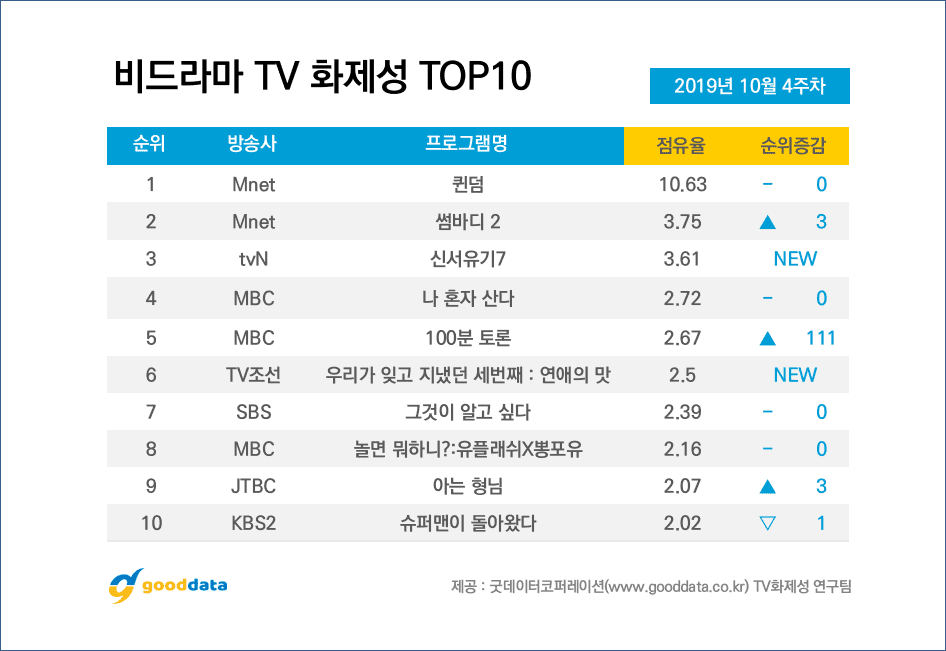 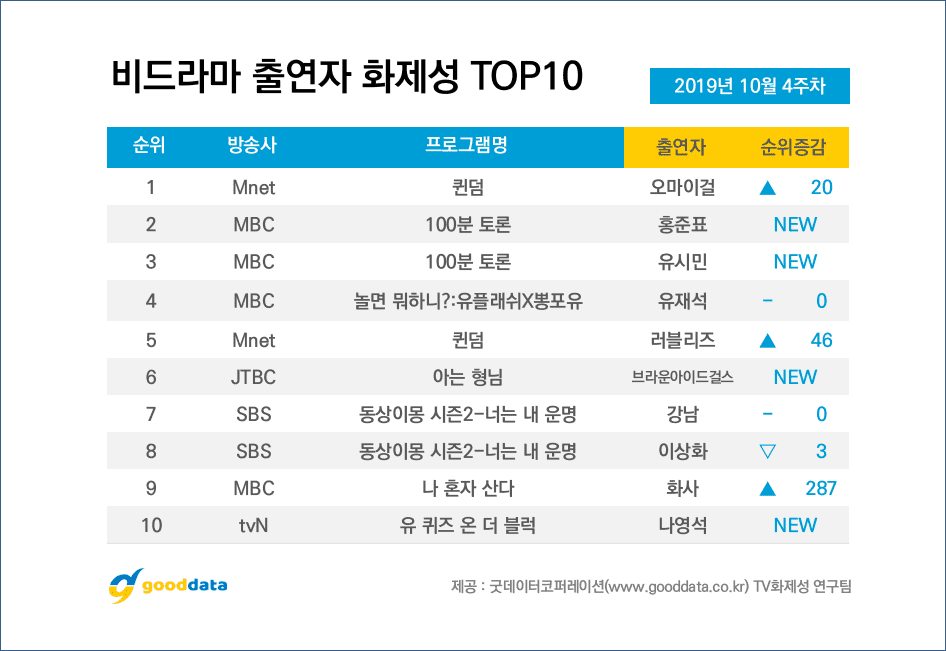