BTS Tears Up At Emotional Finale Of “Love Yourself: Speak Yourself” Tour

BTS and their fans ARMY said a farewell to their “Love Yourself” era at the final concert of their world tour.

On October 29, BTS staged the third and last day of their “Love Yourself: Speak Yourself [The Final]” concerts in Seoul at the Olympic Stadium. This was the finale to the group’s “Love Yourself” world tour that began in August 2018 and its extended stadium tour titled “Love Yourself: Speak Yourself,” which saw them performing around the globe in legendary venues such as the Rose Bowl and Wembley Stadium. The three-day finale included the group performing for over 130,000 fans. 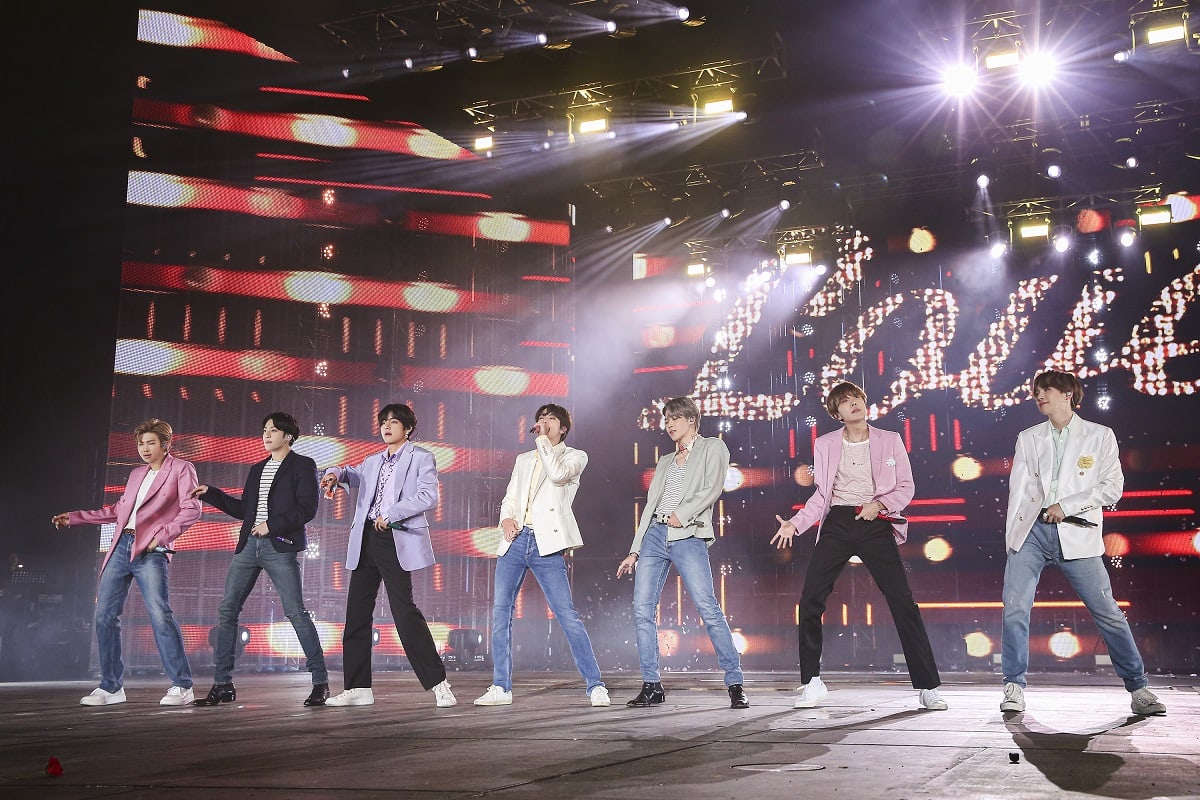 As BTS started the show on October 29, RM welcomed everyone to the final concert on their tour and promised they’d do their best. V said, “We’re going to use all the energy we have left.”

Suga commented, “Do you remember when we first met last year at the Olympic Stadium? I feel like it was just yesterday when I said it was like a dream, but it’s already been a year now.” RM added, “It’s thanks to all of you that we were able to perform concerts for a year in many different places.”

BTS performed many of their hits and fan-favorite songs throughout the show, including their solo tracks. 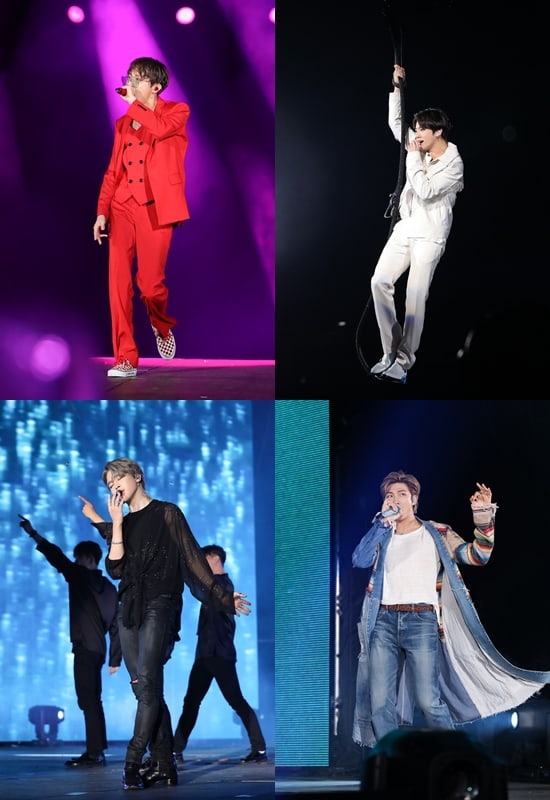 During the concert, J-Hope pointed out that it was the 62nd show on the tour. “It’s really amazing,” he said. He then asked the other members to name the solo performance that left the biggest impression on them.

Jungkook picked Jimin‘s “Serendipity” while Jin said, “I haven’t forgotten the first time that I saw Suga perform ‘Seesaw’ last year.” Jimin said, “I think all of the members’ songs are gems. We’re going to keep having fun until the end, right?”

Jungkook joked that it was then time for them to see J-Hope perform his song “Chicken Noodle Soup,” and while J-Hope was surprised he pulled off the choreo perfectly on the spot. 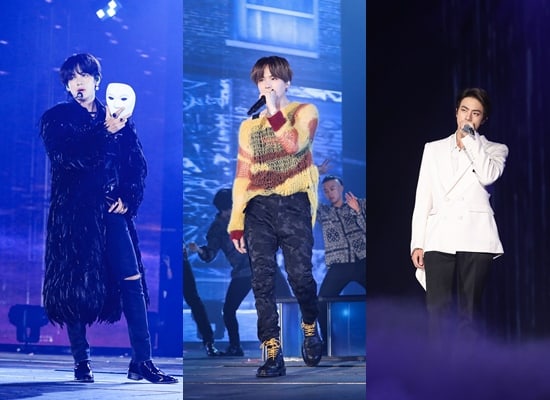 When the group later wrapped up the show, the members appeared emotional and some cried. V said to fans, “You really worked hard while supporting our tour. You could say that the tour was short or that it was long. We’ve seen a lot of ARMY while traveling around the world, and I found that there’s really nothing more beautiful than ARMY. I love you.”

J-Hope said, “We’re now artists who fill up the Olympic Stadium for three days. I feel like we’ve received a lot of love. This is our last stop on the tour. I remember always feeling sad and reluctant to end it when we come to the final moment, but I think this time it will be less so. I’ve felt a lot and learned a lot. ”

Jimin commented, “I hope you won’t feel sad today. Instead of being sad, I’m personally so curious and excited to see what we’ll do and how we’ll have fun at our next concert. Because of that, we’ll prepare it quickly.” Jungkook shared that he’s also excited to see what they’ll do next and said, “In return for the energy that you’ve all given us, we’re going to repay you with even more energy for our upgraded next album and concert.”

Jin shared that he’d felt sad when singing his solo song “Epiphany” because he was thinking about how it was the last time he’d do so. “That’s how I was feeling when I was singing, but then at the end when I was up there looking at everyone, I smiled a bit,” he explained. “I thought, ‘Something’s ended’ and ‘I won’t be doing this song anymore,’ and I had mixed emotions because it was both good and sad. And it really hit me suddenly during ‘Mic Drop’ earlier when we did our final goodbyes and performed.”

RM said, “I want to give a round of applause to BTS and ARMY who have endured for the past two and a half years in order to love ourselves.” He stated that although the “Love Yourself: Speak Yourself” tour had ended, the path and journey to find ways to love themselves hasn’t ended. He cried as he said, “I wish there was something even better than the word ‘love,’ but I really love you. I’ll keep loving you even more in the future.” 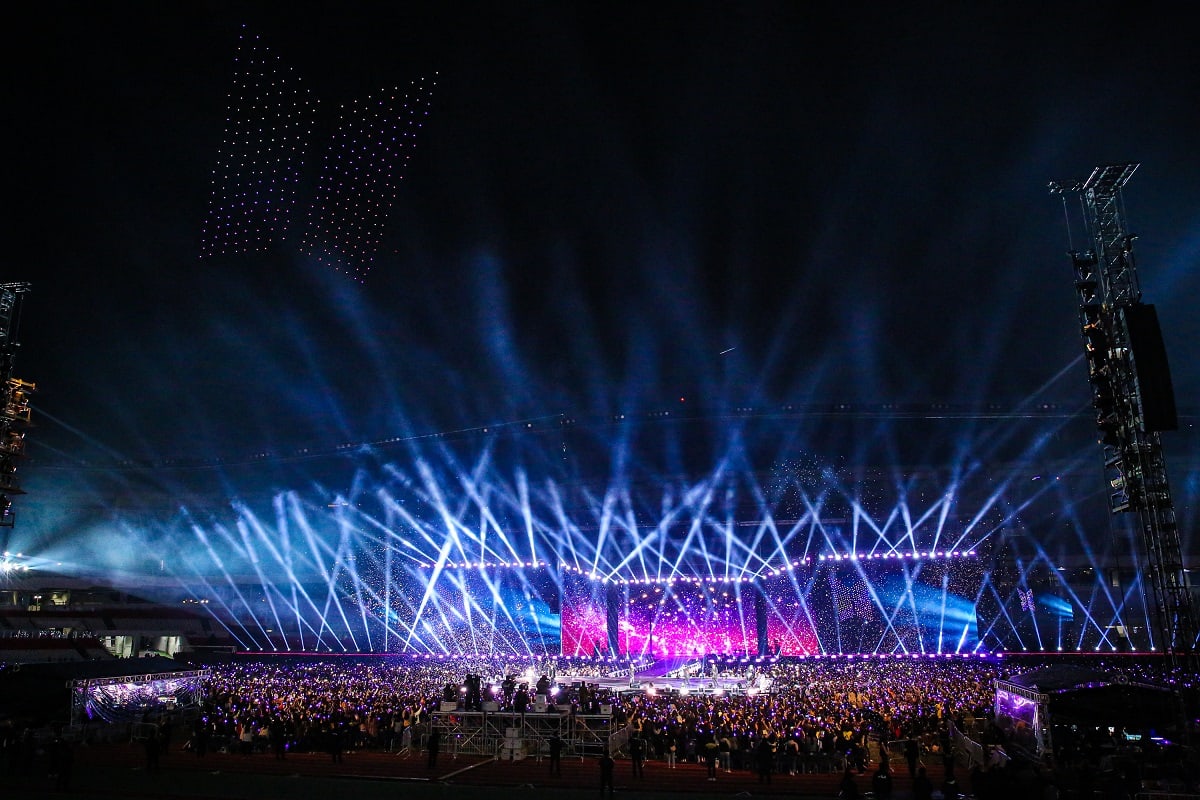 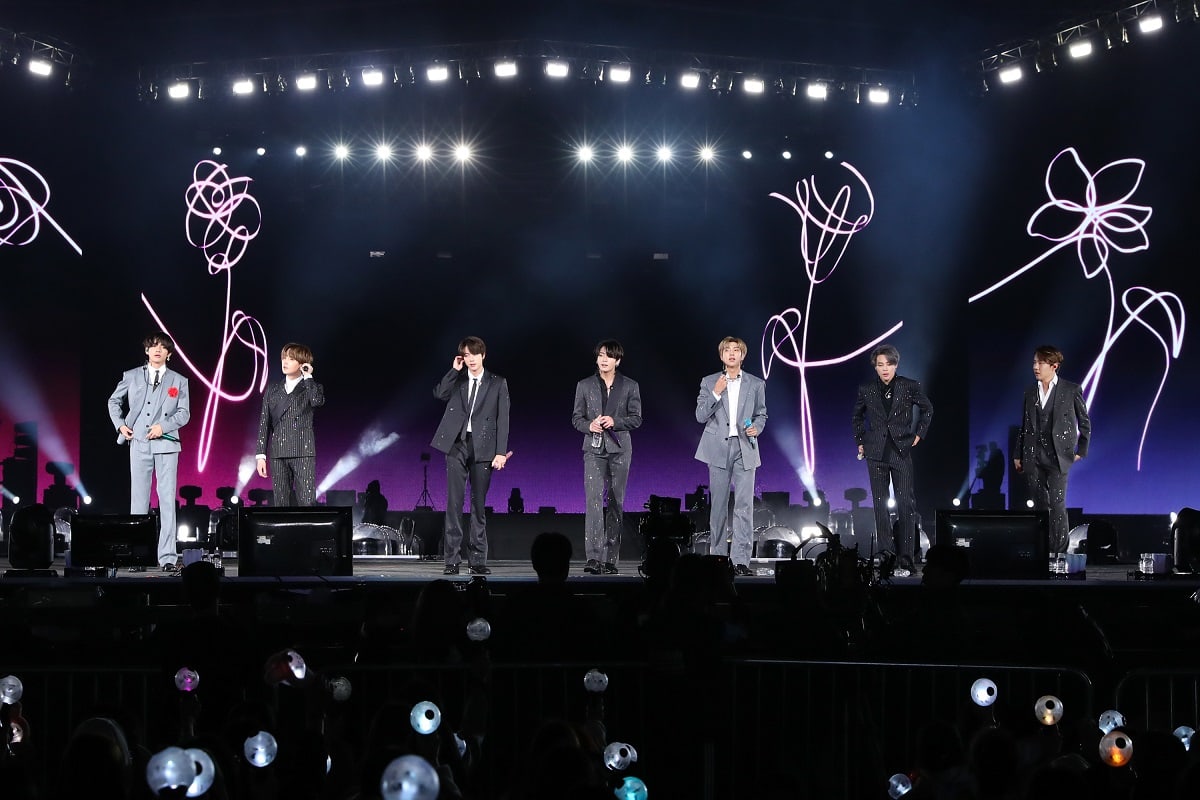 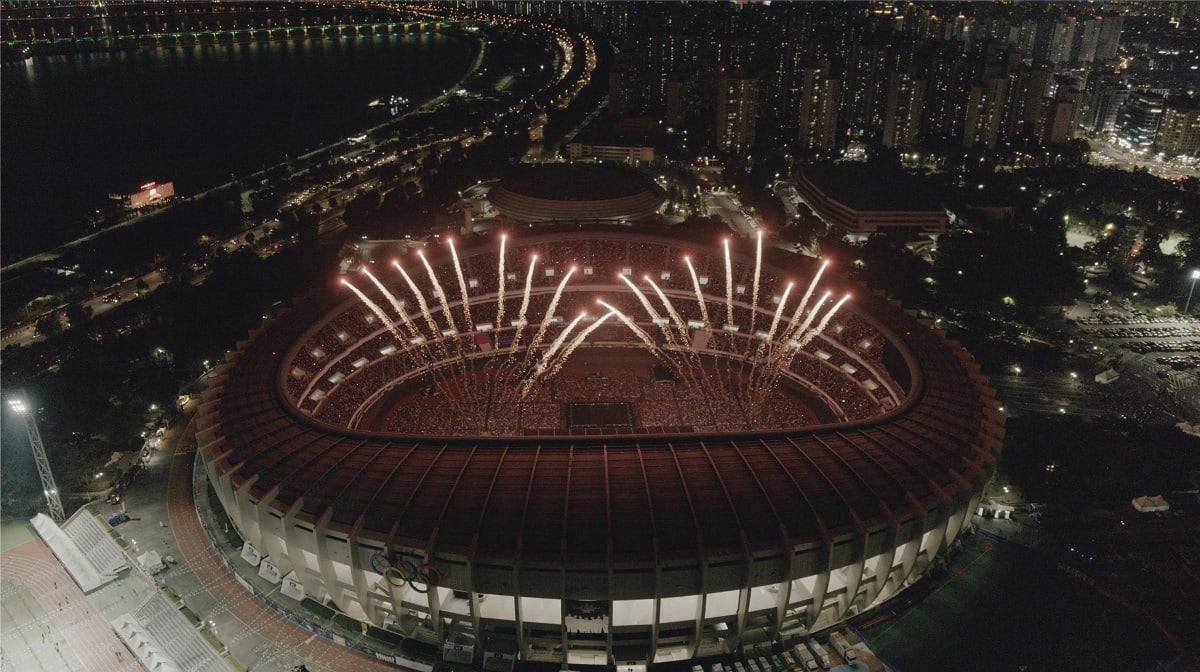 Fans are thanking BTS and celebrating moments from the show as they take over the top five trending topics worldwide on Twitter! 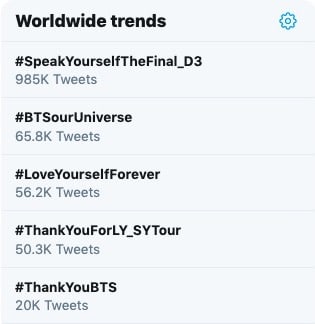 BTS SLOGAN D1: “our beginning and end is always u”

BTS SLOGAN D2 : “don’t worry we already have each other suport”

BTS SLOGAN D3: “ARMYs are the stars embroidered across the BTS galaxy"

we’re all glad that @BTS_twt shared with us their good and bad times as much as they could we appreciate their hard work and their thought of sharing this great experience with us. thank you, we’ll always be there for you. #ThankYouBTS#SpeakYourselfTheFinal_D3 pic.twitter.com/0Ba9qyvaRz

OHMYGOD THIS IS SO BEAUTIFUL!!! “SPEAK YOURSELF” IN RAINBOW COLOR ?#SpeakYourselfTheFinal_D3 pic.twitter.com/ptOKhOojKL

Such a great era, great ending, memorable SY final. You deserve everything @BTS_twt YOU DESERVE EVERYTHING! WE PURPLE YOU! ?#SpeakYourselfTheFinal_D3 pic.twitter.com/SCA5B0VExm