Brown Eyed Girls Talks About Reason For 4-Year Hiatus, What They Really Thought Of “Abracadabra,” Rumors, And More

On the October 29 episode, the girl group talked about making their triumphant return as a full group for the first time in four years.

Speaking about her level of popularity, Ga In said, “When I search for Ga In these days, only [‘Miss Trot’ winner] Song Ga In pops up. I want to catch up to Song Ga In even by a little.”

Many stars including Hwangbo, songwriter Yoon Il Sang, Jang Yoon Joo, and Han Seung Yeon showed their support for the girl group with video messages. Narsha commented, “It made me think that I should work harder after realizing that us releasing an album is something to be congratulated for.” 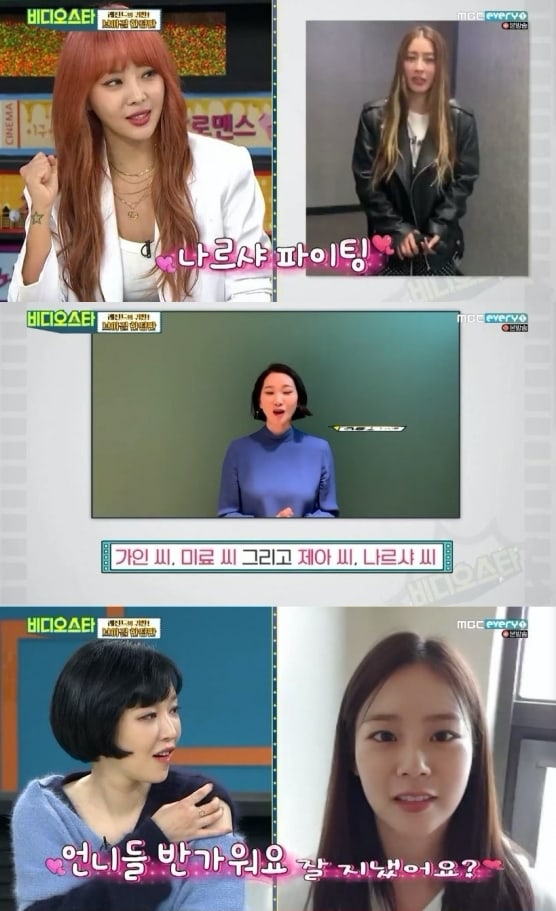 Sharing a memory of her and Han Seung Yeon, Ga In said, “We promoted with KARA during a difficult time. There was only one practice room, so we used it together. KARA was very considerate of us. We talked a lot and were close.”

“I was 90 percent of the reason why our comeback was delayed,” Ga In said. “After I took a break due to a personal matter, I only spent time with my family. During that time, I received vocal lessons. I didn’t know how much longer I could make a living from just dancing, so I learned singing in order to survive with my skills. I had a lot of time to myself.”

JeA and Miryo also updated fans on what they’ve been up to. JeA revealed that she moved to Jeju Island while Miryo said she launched her own YouTube channel for gaming and personal content. 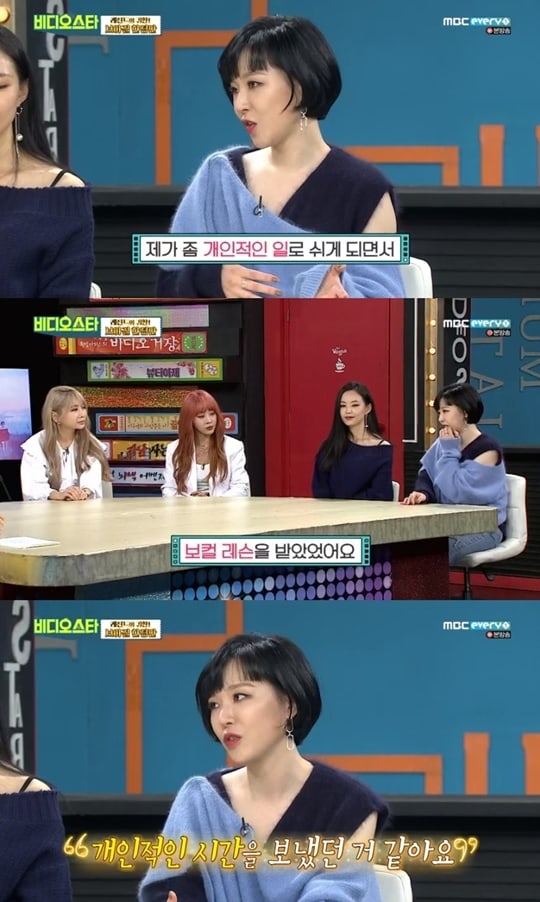 Brown Eyed Girls’s latest album “RE_vive” is a remake album of popular hits that were interpreted in the girl group’s unique style including Basis’s “Abandoned” and Joe Won Son’s “Wonder Woman.” Narsha said, “It’s our goal to have our own style and I liked that we worked hard.”

The girl group members also released solo tracks: JeA’s is “The Letter” by Kim Kwang Jin, Narsha’s is “Love Like A Spring Rain, Farewell Like A Winter Rain” by Lim Hyun Jung, Ga In’s is “Love Only” by Shim Soo Bong, and Miryo’s is “Invitation” by Uhm Jung Hwa, who featured on the track.

Brown Eyed Girls announced that if their song achieved an “all-kill” on the charts, they will do a live performance of their track “Sixth Sense” while wearing the same outfits from their past performance. While speaking about the group’s past releases, JeA revealed that it was difficult for her to pull off the cute concept for their second album title track “How Come.” She added, “I thought that I was causing harm to the members and didn’t want to do it.” Ga In also brought up “LOVE” and how she had to wear stockings of various colors.

Brown Eyed Girls then talked about how they initially disliked one of their now-iconic tracks “Abracadabra.” Narsha explained, “We were a vocal-centric group until then, and I thought that doing a song like this was our path to failure.” Miryo said that she refused the choreography, and added, “I didn’t know that I wasn’t good at dancing even during ‘Abracadabra’ promotions.” 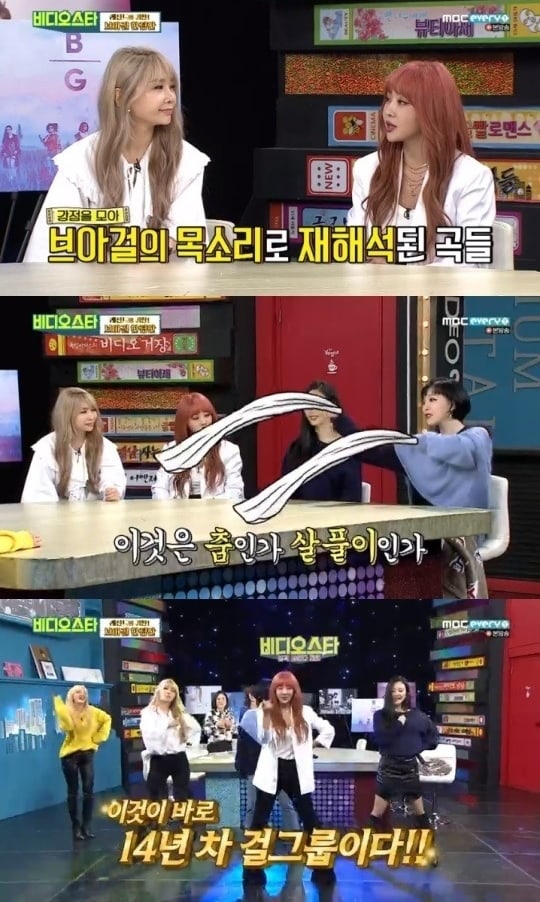 Ga In described the first impressions of her fellow members as scary, adding, “I met the older members with big dreams, and they were similar to school teachers.” Narsha then opened up about feeling upset at her members. “They don’t include me because I got married,” she said. “They think that I obviously won’t be able to go out because I’m married.”

Describing her gratitude to the members, Ga In said that she gains superpowers through the group’s promotions. “I don’t have tenacity because I’m an only child, but I get stronger in the team.”

The group also clarified some rumors about their relationship. JeA said, “There are rumors that we hit Ga In, but that’s nonsense. The three of them are obsessed with each other excluding me.” JeA and Ga In then ended up bursting into tears.

“She’s the strongest when a serious matter occurs,” said Ga In. “I’m getting teary because the person who endured is crying.” JeA added, “I’m crying because I’m so happy we’re promoting.”

Promoting the group’s album, JeA said, “You have to listen to our album so that we can have a comeback every six months.” Narsha added, “Brown Eyed Girls is the real deal. Thank you for loving Brown Eyed Girls and you guys are the real fans as well.” 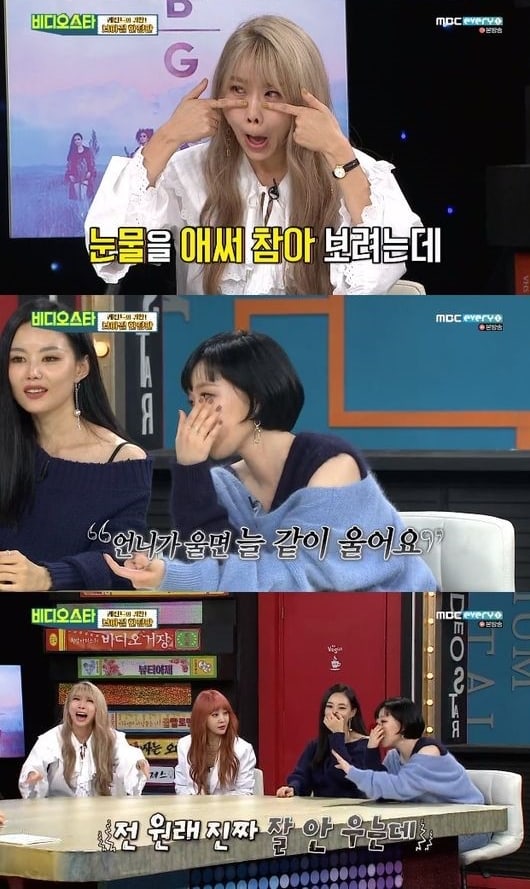 Brown Eyed Girls
Video Star
How does this article make you feel?