Super Junior’s Kyuhyun, EXO’s Suho, and Lee Seok Hoon were cast in the musical “The Man Who Laughs”!

“The Man Who Laughs” premiered last September in Korea and ran for two months. As a result of its success, a rerun has been confirmed for next year.

Based on a novel by Victor Hugo, “The Man Who Laughs” is set in late 17th-century England and tells the story of a man named Gwynplaine who has a terrifying face but a pure heart. It criticizes the fall of justice and humanity in the world and shines light on the importance of human dignity and equality. 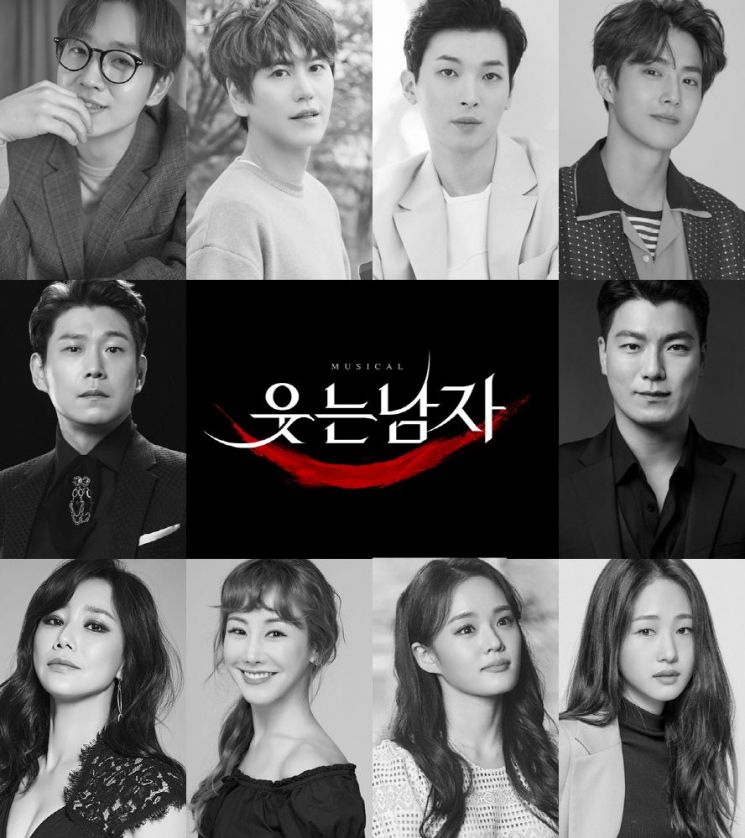 EXO’s Suho, Super Junior’s Kyuhyun, and Lee Seok Hoon will take on the role of the protagonist Gwynplaine, a young man with a perpetual grin who joins a traveling theater troupe.

Suho was part of the musical’s original cast in 2018, and this will be Kyuhyun’s first musical in almost four years since “Mozart.”

Production company EMK Musical Company shared, “A rereun has been confirmed for 2020. Robert Johanson’s writing and direction will involve a change in the order of scenes and include reprised numbers, leaving a stronger impression on the audience than the original run.”

The musical will begin its rerun on January 9, 2020 at the Seoul Arts Center Opera House.