Gaon Chart has revealed its chart rankings for the week of October 13 to 19! 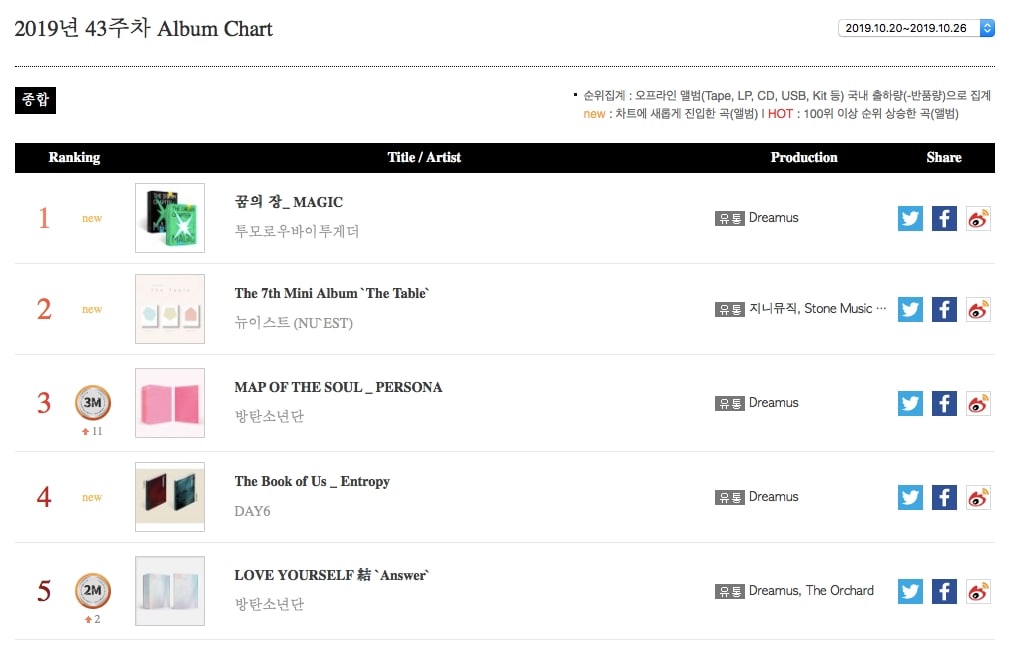 AKMU’s “How Can I Love the Heartbreak, You’re the One I Love” successfully maintained its double crown this week, topping both the overall digital chart and the streaming chart for the fourth consecutive week.

The other top five songs for this week were also exactly the same on the overall digital chart and the streaming chart: Jang Beom June’s “Your Shampoo Scent in the Flowers” (from the OST of JTBC’s “Melo Is My Nature“) stayed strong at No. 2, Song Ha Ye’s “Another Love” at No. 3, Lim Jae Hyun’s “I’m a Little Drunk” at No. 4, and Jang Deok Cheol’s “See You Later” at No. 5. 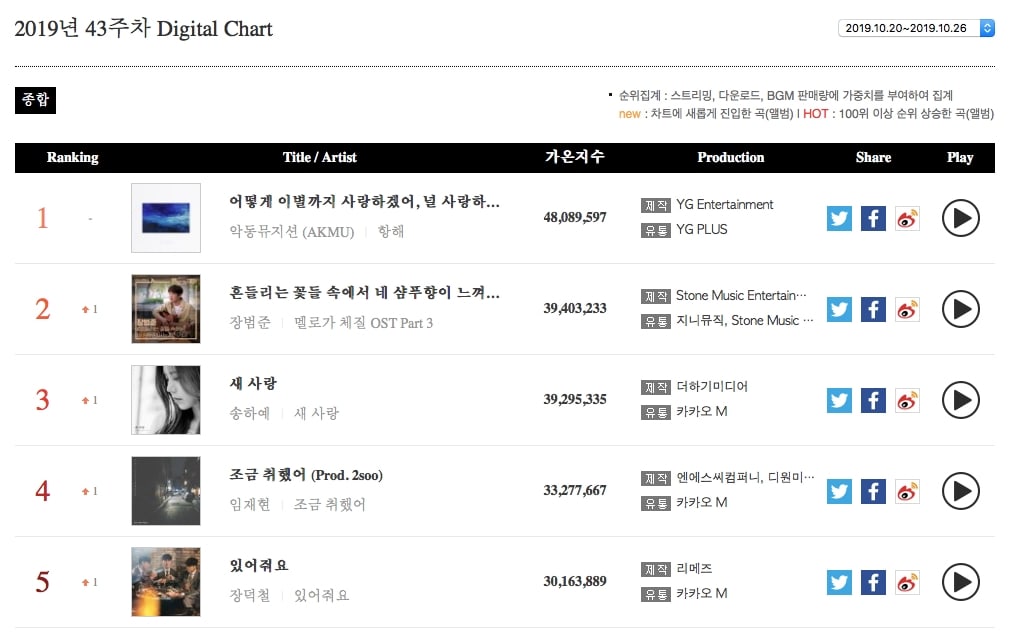 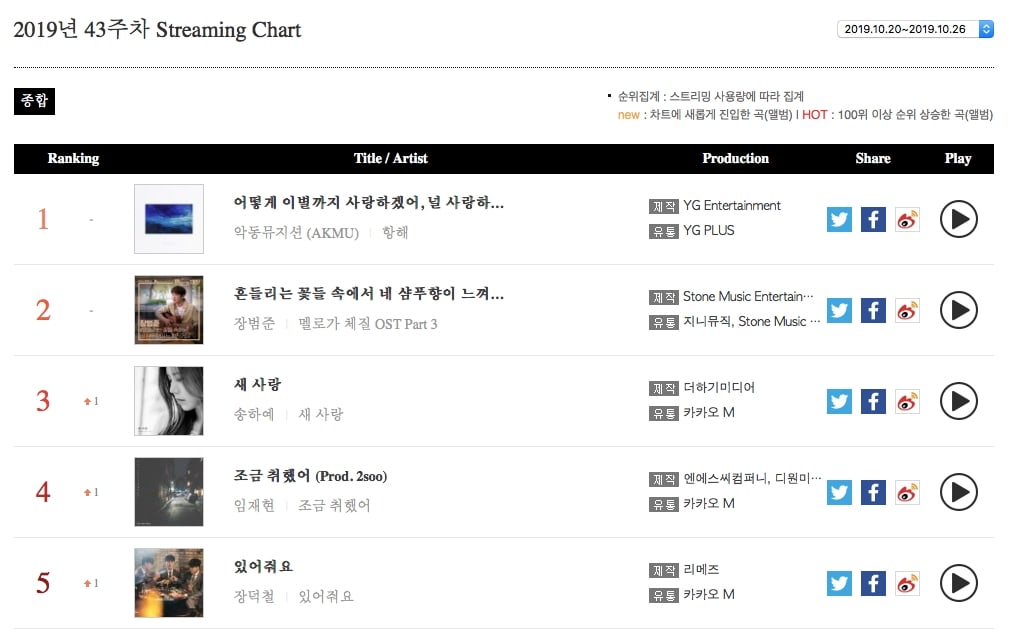 NU’EST’s new title track “LOVE ME” debuted at No. 1 on this week’s digital download chart, followed by AKMU’s “How Can I Love the Heartbreak, You’re the One I Love” at No. 2. MC Mong’s “Fame” (featuring Song Ga In and Chancellor) debuted at No. 3 this week, with Super Junior’s “SUPER Clap” and Song Ha Ye’s “Another Love” rounding out the top five at No. 4 and No. 5. 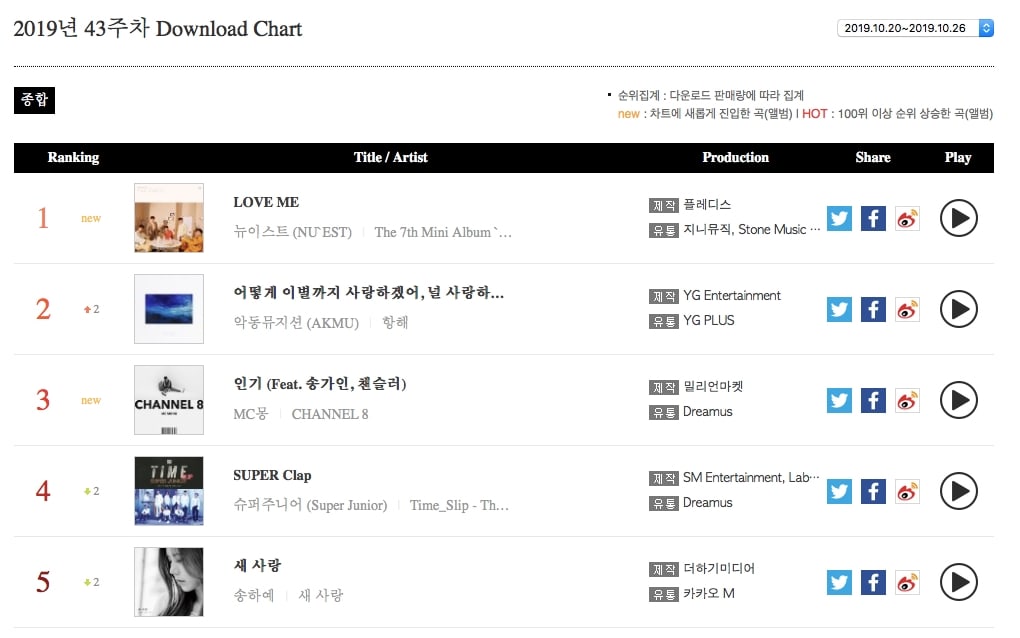 BTS continued to reign over Gaon’s new “Social Chart 2.0” for the 17th consecutive week, with Ha Sung Woon and Jannabi shooting up to No. 2 and No. 3 respectively. NU’EST came in at No. 4 for the week, followed by Super Junior at No. 5. 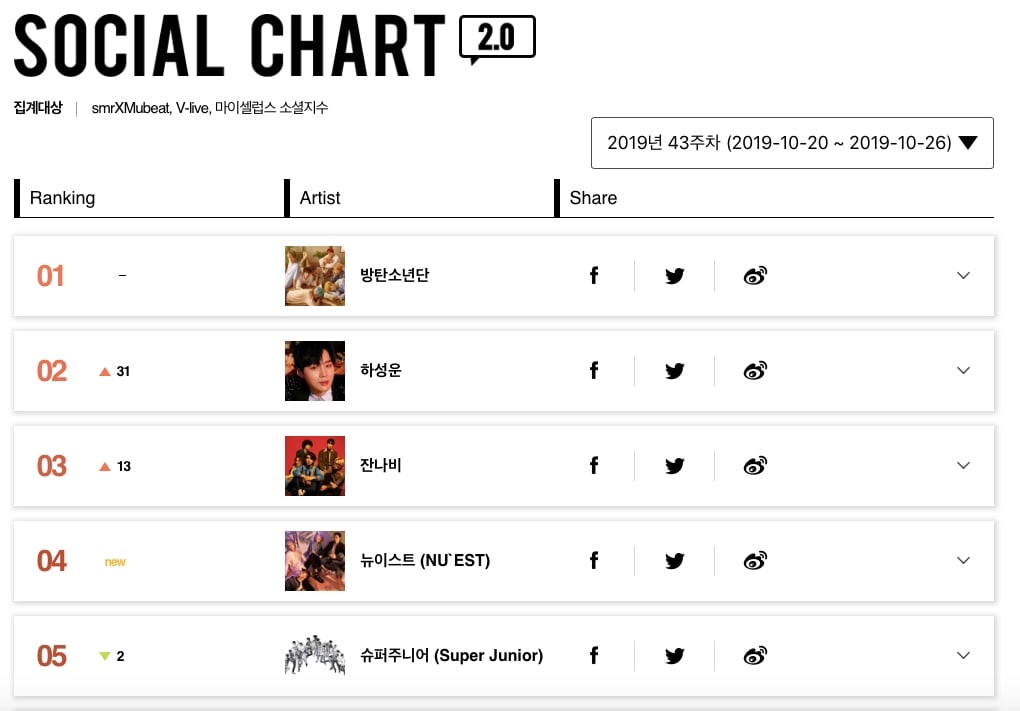