Things are quickly building up in SBS’s “Vagabond.”

“Vagabond” is an espionage action drama about a stuntman named Cha Dal Gun (played by Lee Seung Gi) who teams up with an NIS (National Intelligence Service) agent named Go Hae Ri (played by Suzy) in order to uncover the truth behind the plane crash that killed his nephew.

Previously on “Vagabond,” the trial began for the lawsuit filed against Dynamic Systems by the families of the B357 plane crash victims. Cha Dal Gun and Go Hae Ri were able to bring Kim Woo Gi (played by Jang Hyuk Jin) to the court as a witness on the defendant’s side. They had also been able to make vice-president Michael of John & Mark confess that he had instigated the terror attack on the plane, and Kim Woo Gi also began to give his testimony after remaining silent for a long period of time. Will Kim Woo Gi turn the tables with his testimony? 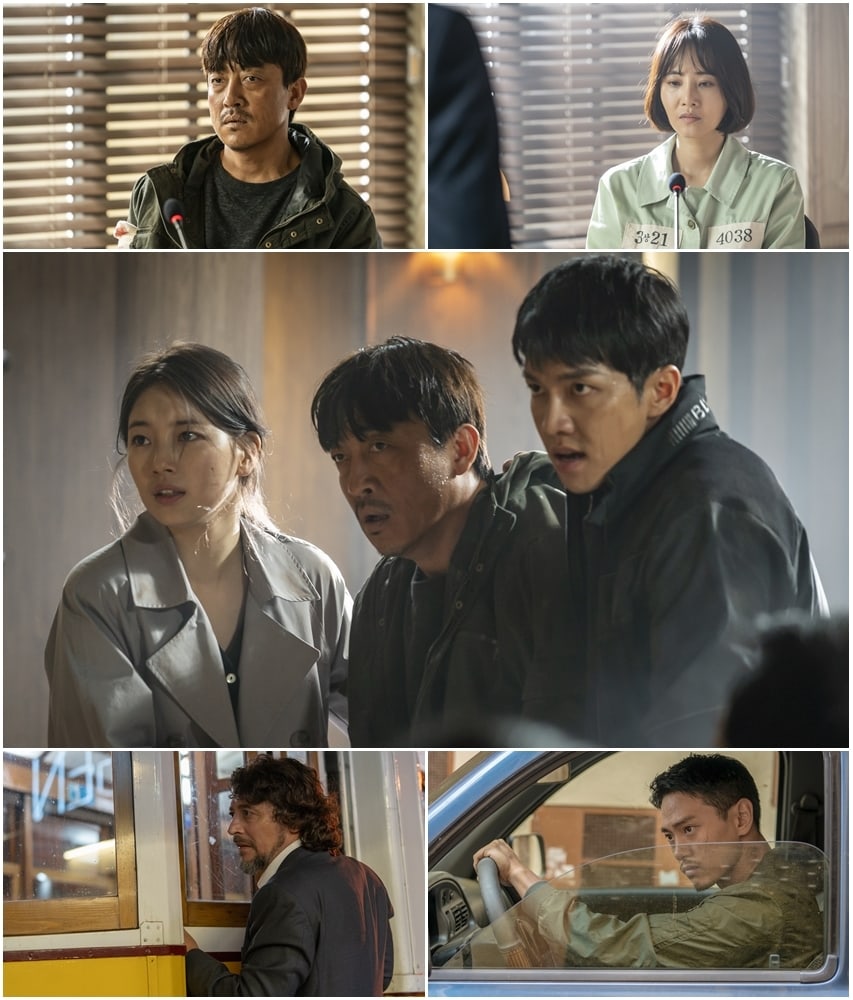 A source from production company Celltrion Entertainment shared “A competitive and detailed legal battle will take place between John & Mark and Dynamic Systems. Keep watching until the end to see if the truth and justice Cha Dal Gun and Go Hae Ri have been fighting for will prevail.”

In another set of stills, Cha Dal Gun comes out of court with Go Hae Ri on his back and urgently runs towards an ambulance. Blood can be seen on Go Hae Ri’s hands, and she looks like she’s about to faint any second. After safely getting Go Hae Ri on the ambulance, Cha Dal Gun turns around and glares viciously at the reporters surrounding them. He stares into one of the cameras and says something gravely with a furious expression on his face. 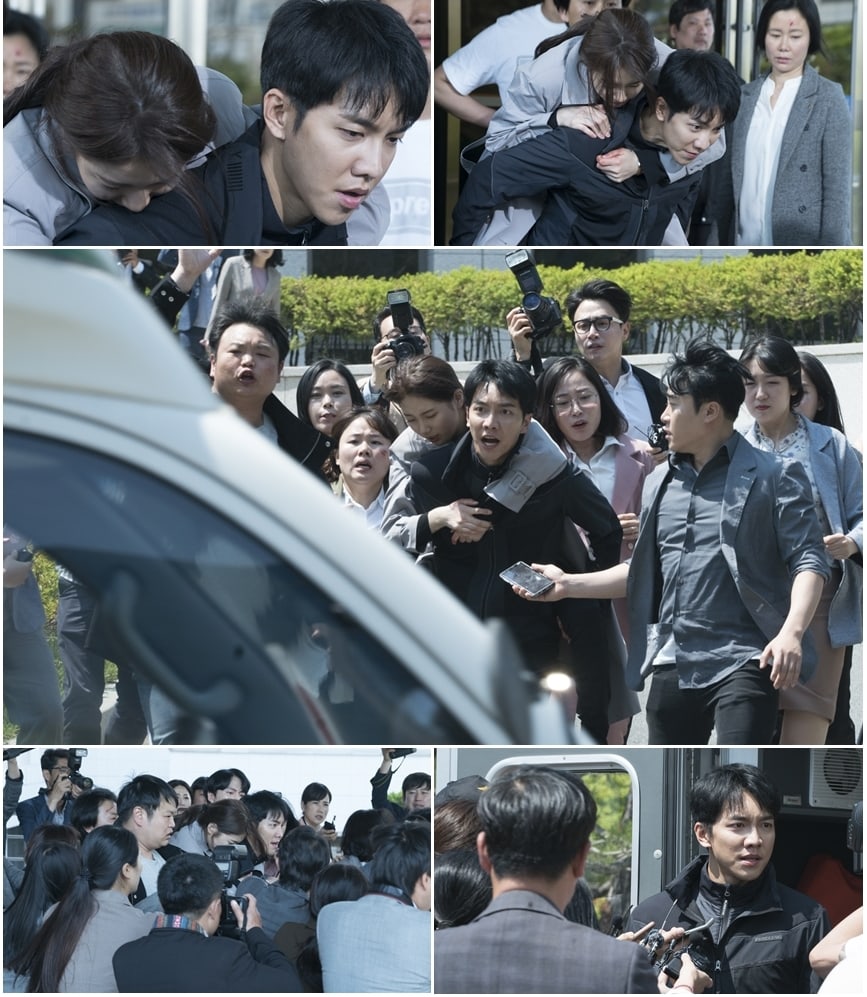 Celltrion Entertainment said, “After running continuously without a break, we now only have four episodes remaining. Please stay with us until the finale to see if Lee Seung Gi and Suzy’s fantastic chemistry will stay strong until the end.”

Episode 13 of “Vagabond” was originally scheduled to air on November 1, but it was canceled due to coverage of a baseball match between South Korea and Puerto Rico for the 2019 WBSC Premier12. The episode was rescheduled for broadcast on November 2 at 10 p.m. KST.