The full lineup has been revealed for the 2019 KBS Song Festival!

It was announced on December 11 that NCT 127, NCT Dream, Stray Kids, The Boyz, TXT, Golden Child, MAMAMOO, Song Ga In, ASTRO, EVERGLOW, Apink, N.Flying, GFRIEND, Oh My Girl, WJSN, and Chungha will be performing at the event. They will be joining the previously announced artists BTS, GOT7, ITZY, MONSTA X, TWICE, NU’EST, Red Velvet, and SEVENTEEN.

The 2019 KBS Song Festival will be held on December 27 and will be hosted by GOT7’s Jinyoung, Red Velvet’s Irene, and Shin Dong Yup.

KBS has dropped the first teaser for 2019 KBS Song Festival!

The event, which for the first time will be held at KINTEX (Korea International Exhibition Center) in Ilsan, has been confirmed for December 27 at 7:50 p.m. KST, and the first lineup of artists includes BTS, GOT7, ITZY, MONSTA X, TWICE, NU’EST, Red Velvet, and SEVENTEEN. 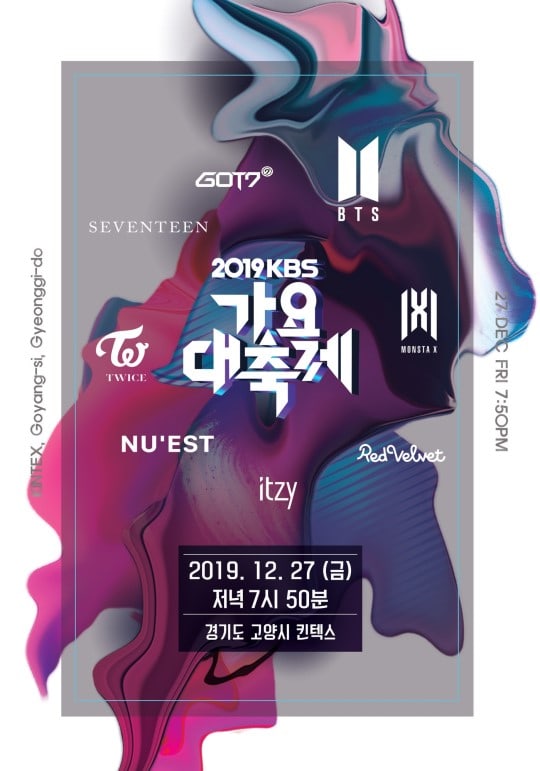