Park Se Wan, Kwak Dong Yeon, And More Describe What To Watch For In “Never Twice”

The cast of “Never Twice” amped up excitement by describing the points to watch out for in the drama.

This upcoming MBC series is about guests at Paradise Inn who dream of getting back on their feet after overcoming their past failures. Ye Ji Won and Oh Ji Ho appear as roommates who bunk at Paradise Inn together.

Park Se Wan portrays Geum Bak Ha, a girl with a bright personality from a seaside town who gets help from Paradise Inn during her lowest moments. She said, “It’s a fun drama that families can watch on weekend nights. It would be nice if you enjoyed watching ‘Never Twice.'” Through the stories of the lodgers at Paradise Inn, the drama will show friendship and familial love.

Kwak Dong Yeon stars as Na Hae Joon, the narcissistic heir of a five-star hotel across the street from Paradise Inn. He stated, “I think the charm of our drama is that it’s a calm, warm, and comfortable drama. In addition, I feel confident that the acting of veteran seniors who are the backbone of our country’s acting will move viewers.” 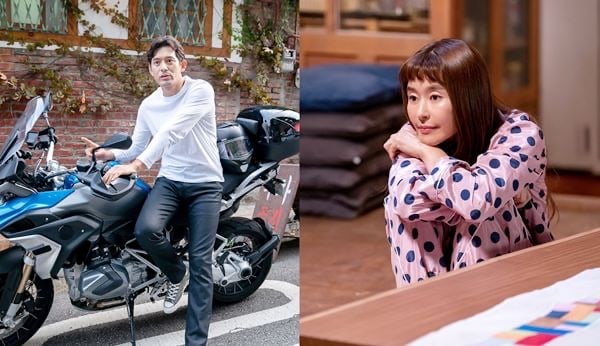 Oh Ji Ho appears as Gam Poong Gi, who bets all on winning over women’s hearts. “I think the conflict between the Paradise Inn family members and Goo Sung Hotel employees will be fun because it’s similar to a competition between analog and digital,” he said. “Comedy and moving emotions coexist in that conflict. It may be a small part inside of a larger society, but the various incidents that occur between these small lives will comfort tired minds and allow people to laugh, sympathize, and be moved.”

Ye Ji Won plays Bang Eun Ji, a femme fatale character who has beauty and cuteness but lacks that one percent to grab the right opportunities. She said, “I’m having fun working with juniors, seniors, and staff to the point where I feel so excited and happy on days going to filming. The family-like atmosphere I can feel on set will be felt in the drama as well. It’s a project that captures the ups and downs of our lives, so please look forward to it.”

Watch the latest trailer below: