On the November 1 broadcast of Mnet’s survival show, the TOO trainees prepared to take on their third mission of performing at KCON.worl

The contestants continued to practice backstage and match up their moves. Hours before their performance, Lee Dae Hwi surprised the contestants by walking into their dressing room. He said, “I came to say hi because our appearances at KCON overlapped.” The AB6IX member previously appeared on the show to evaluate the contestants’ first mission track. He also spoke with them on the phone, listened to their concerns, participated as a panelist for their MV, and introduced them at KCON NY.

He continued, “I didn’t know that the cameras would be on. I’m sorry [I came in] when all of you were resting.” The contestants told him not to be sorry and thanked him for coming.

Lee Dae Hwi continued, “I actually saw your MV and wanted to tell you that you did such a good job. I hope things turn out well for all of you and I feel close to you guys. Let’s see each other again if possible.”

He walked out after wishing them good luck, and waved goodbye to the contestants. 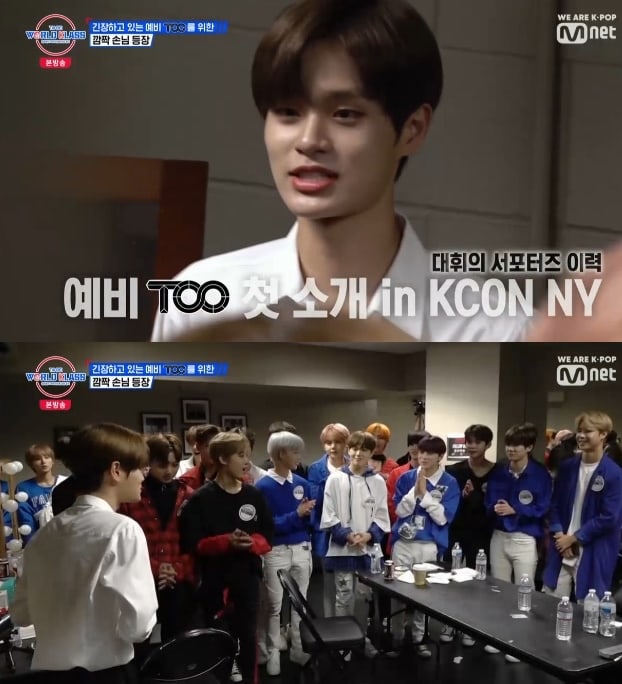 Lee Dae Hwi
AB6IX
World Klass
How does this article make you feel?