Male Actors Who Cross-Dressed For Their Roles

While there are many ways that actors change how they look for their parts, some of the most unforgettable times performers surprised viewers with their different appearances were when male actors took on female roles or disguises.

Take a look below at some of the times Korean actors have cross-dressed for a role! 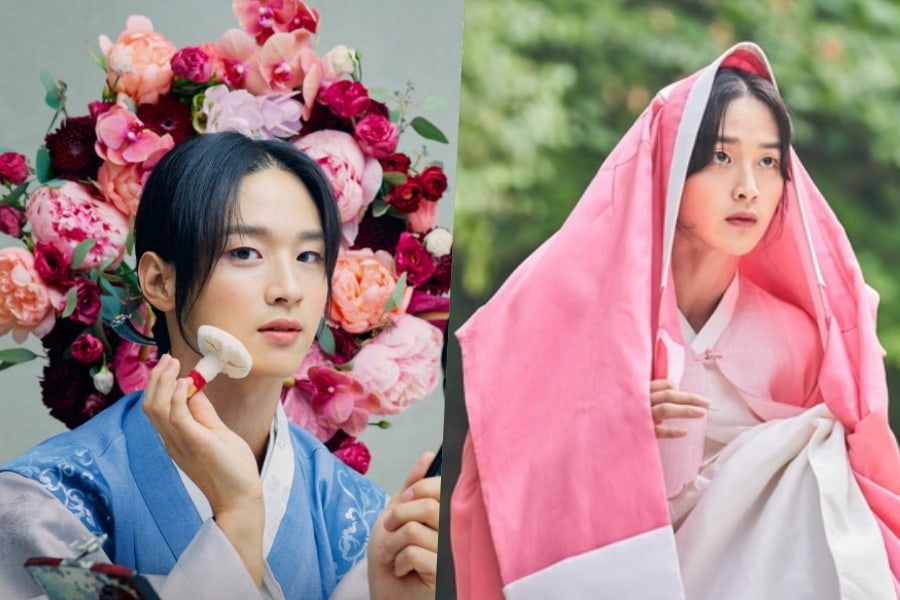 Jang Dong Yoon appears in KBS2’s “The Tale of Nokdu” as a man disguised as a woman. In this adaptation of the webtoon of the same name, his character Jeon Nokdu cross-dresses to enter a mysterious, women-only village. Jang Dong Yoon looks so beautiful in the role that he’s gained many new fans.

Check out the latest episode of “The Tale of Nokdu” below! 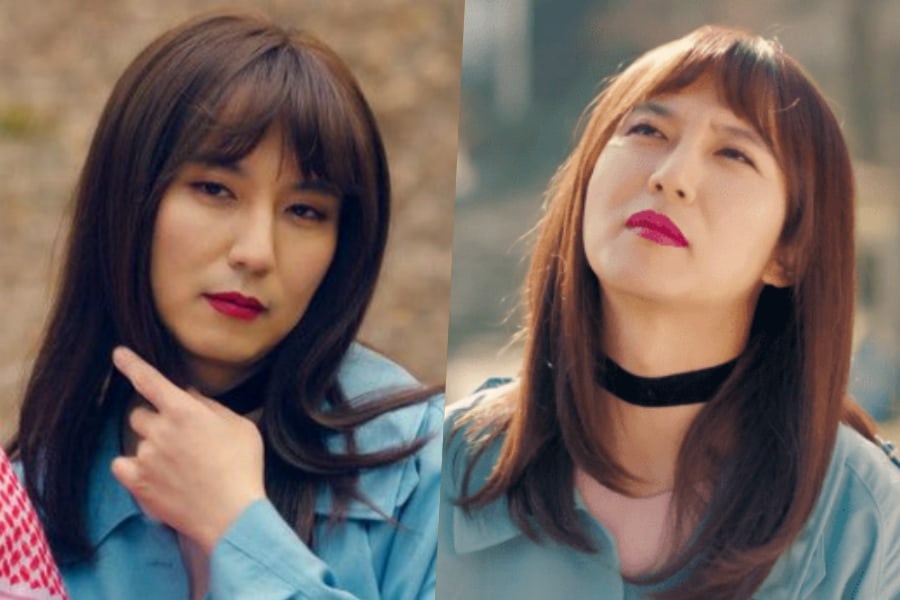 In SBS’s “The Fiery Priest,” Kim Nam Gil’s character had to go undercover as a woman. Kim Nam Gil captured viewers’ attention with his unusual beauty wearing a sky blue coat and a pink dress with black stockings. He completed the look with red lips, eyeliner, and a wig. When scolded for wearing a short dress to go hiking on a mountain, he perfectly acted his part with sass as he said, “Mind your own business.”

Watch “The Fiery Priest” below! 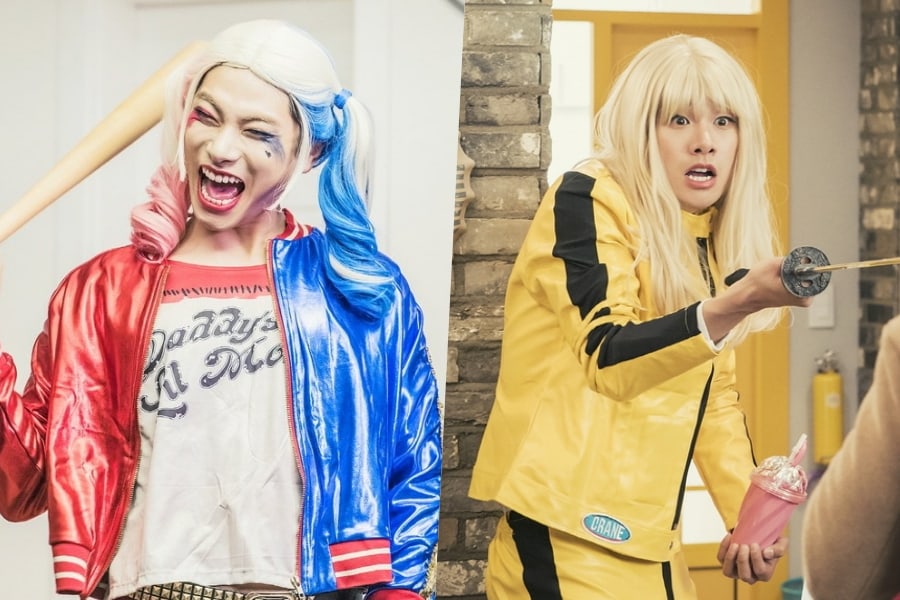 Lee Yi Kyung played an aspiring actor in JTBC’s “Welcome to Waikiki 2.” He perfectly transformed into Harley Quinn from “Suicide Squad” from head to toe and showed off his flexibility. He was joined by Ki Bong (played by Shin Hyun Soo) who dressed as Catwoman. He also dressed as a woman for a scene where his character played a body double for an actress. 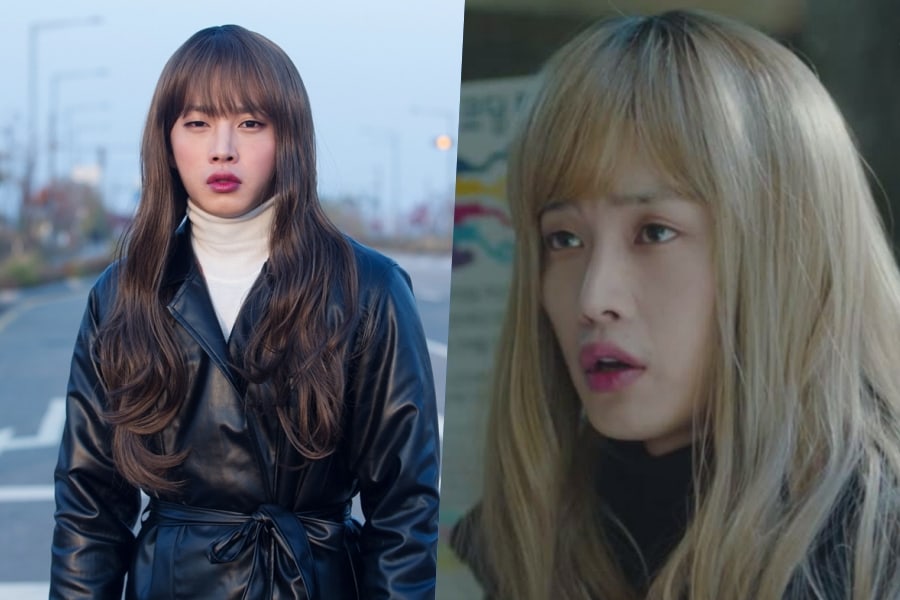 Kim Min Suk appeared in tvN’s one-act project “Drama Stage” where he cross-dressed and showed just how beautiful he is. In the drama, Kim Min Suk disguises himself as a woman in order to withdraw money from an ATM without getting caught. The drama played up how he was acting tough and “manly” while dressed as a stunning woman.

Kim Min Suk wore a wig, eyeliner, stockings, and a miniskirt and made many hearts flutter when he flipped his long brown hair. During an interview, Kim Min Suk shared that he didn’t know how hard it was to wear stockings. He said, “It was awkward at first, but the more I looked at it, the more I thought it was pretty. It was a fun experience.” 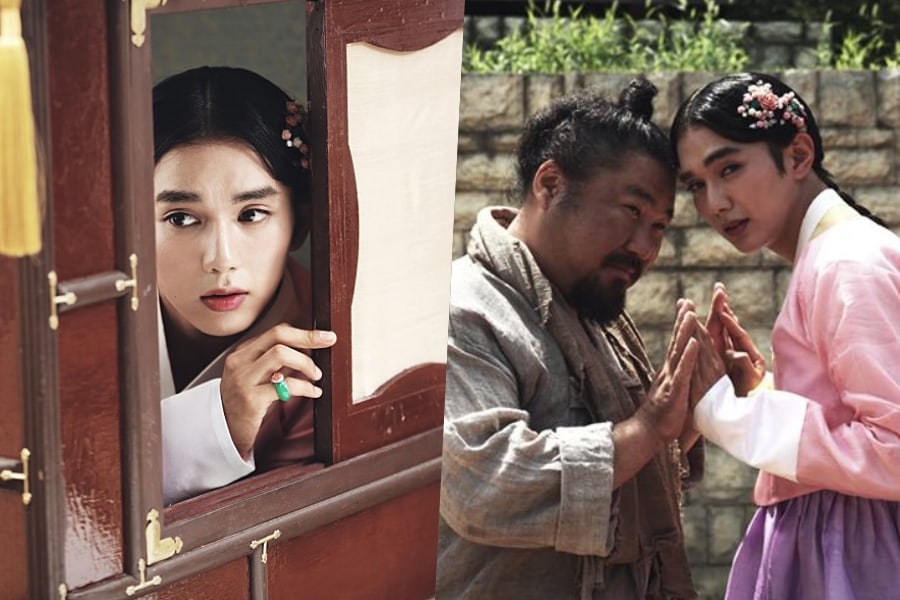 Actor Yoo Seung Ho cross-dressed for the first time in the 2016 film “Seondal: The Man Who Sells the River.” In the film, he plays Kim Seon Dal, a legendary con artist who tricked the king and sold a river with no owner. In the film, Yoo Seung Ho disguises himself as a woman in a beautiful hanbok (traditional Korean outfit).

However, Yoo Seung Ho has expressed his disappointment as he shared that he originally thought he would look pretty, but in the end, he still felt like he looked like a man. Ra Mi Ran responded, “He is ranked No. 1 among us.” On the other hand, Go Chang Suk agreed with Yoo Seung Ho and said, “He looked like a man wearing a skirt.” 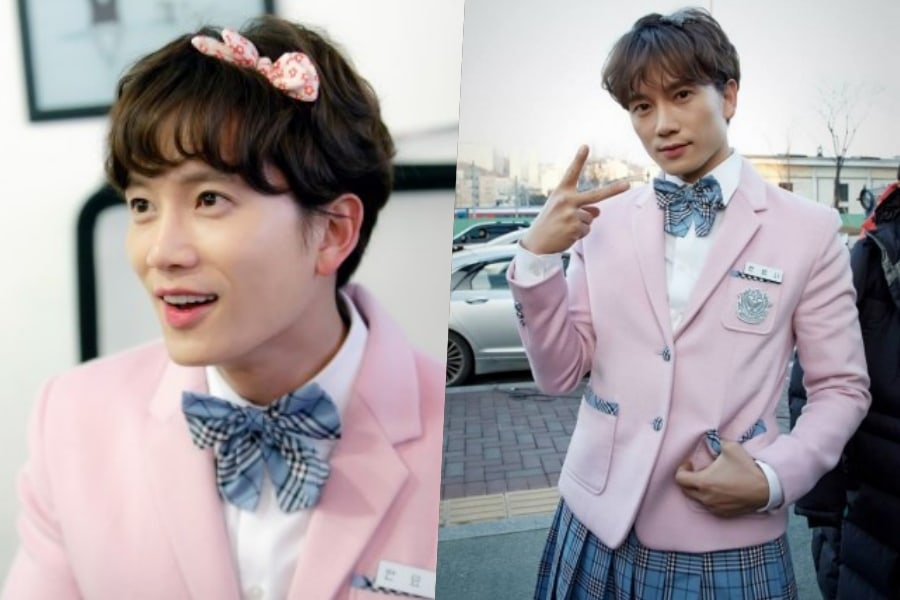 In MBC’s “Kill Me, Heal Me,” Ji Sung played Cha Do Hyun, a man with seven personalities. One of his seven personalities is a 17-year-old high school girl named Ahn Yo Na. Ahn Yo Na is a girl who is more interested in her looks than her studies and who chases after idols.

Ji Sung perfectly portrayed the role of a mischievous high school girl who is unpredictable. Ji Sung, who is known for his “kissable lips,” was praised for his performance and transformation. His bright pink lips became Ahn Yo Na’s trademark and the lip tint he wore even sold out. The lip tint was released in 2013 and was not well known until Ji Sung used it in the drama a year later.

Watch “Kill Me, Heal Me” below! 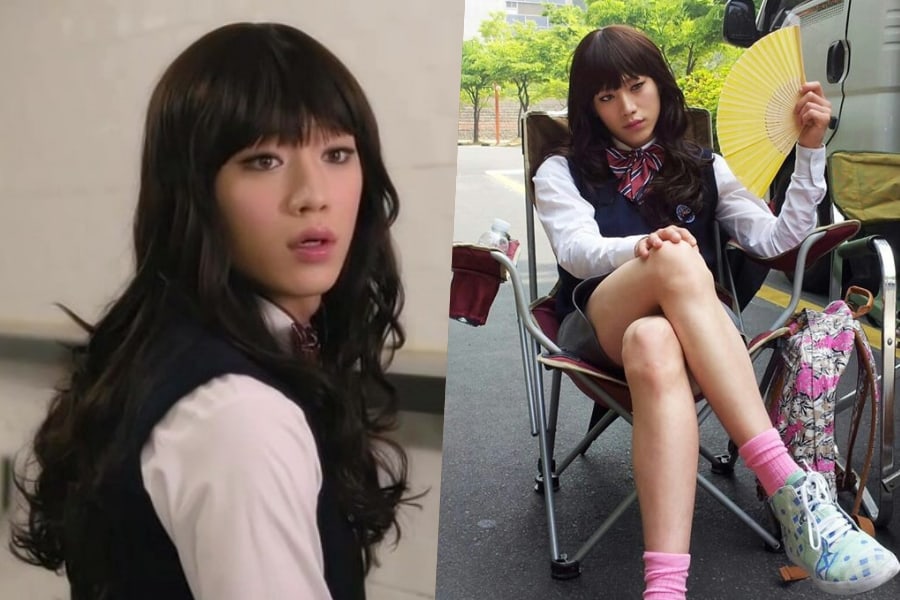 Through dramas like “The Third Charm” and “Watcher“, Seo Kang Joon has become an actor known for his good looks and someone fans trust will deliver a quality performance. In the past, Seo Kang Joon cross-dressed for the web drama “After School: Lucky or Not.” Seo Kang Joon wore a long wavy wig and looked gorgeous in the role.

In an interview, Seo Kang Joon shared, “In high school, there were cross-dressing competitions and I was always nominated, so I had to participate.” Because of this, he wasn’t embarrassed and walked around comfortably. He explained that he never won the school competitions because the person who looked the worst always won, and since everyone thought he looked pretty, he didn’t have a chance. 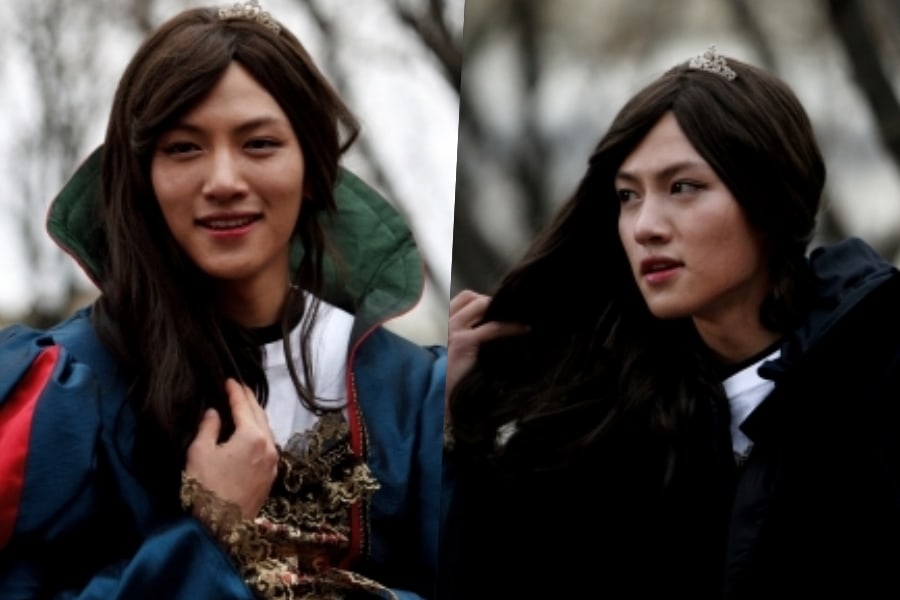 “Romantic comedy master” Ji Chang Wook is currently stealing hearts as star PD Ma Dong Suk in tvN’s “Melting Me Softly,” his first project after being discharged from the military. At one point, Ji Chang Wook also captivated viewers with his beauty. Channel A’s “Bachelor’s Vegetable Store” is a touching tale about young unemployed people working hard for their future. For this drama, Ji Chang Wook transformed into a witch selling apples. He dressed as a witch to promote his apples in a unique, eye-catching way. 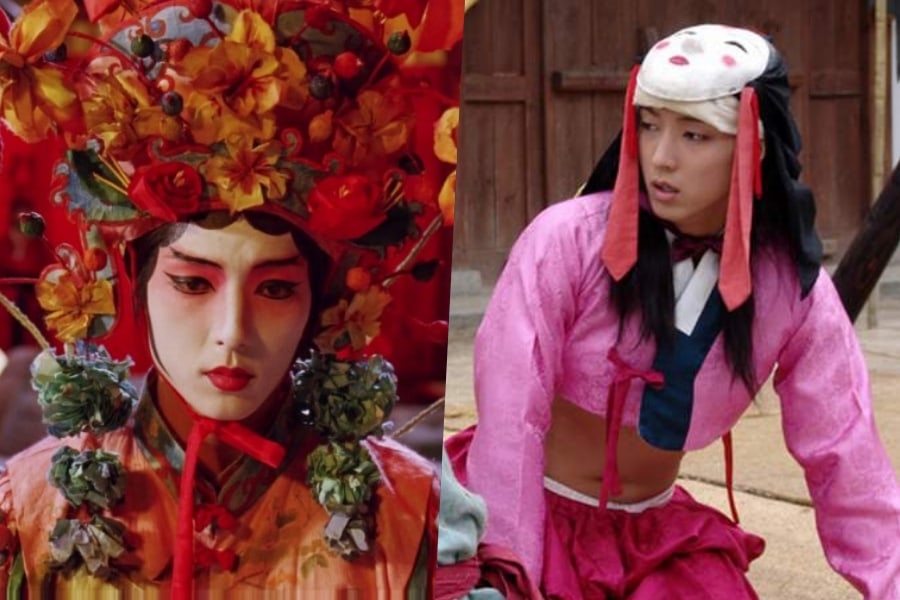 Lee Joon Gi’s breakout role was his famous portrayal of an effeminate clown in the 2006 film “The King and the Clown.” The competition for the role of Gong Gil was fierce, with 1,000 actors trying out. Lee Joon Gi proved to be the best fit for the character with his perfect acting and beauty, and his role in the film caused a stir and made him a star.