“VIP” tells the story of a team in charge of a department store’s VIP clients and it showcases the lives of working women trying to survive in both the workforce and in their marriages. In the drama, Jang Nara plays Na Jung Sun, the vice-chief of the VIP task force, and Lee Sang Yoon plays Park Sung Joon, the mysterious leader of the task force.

In the previous episode, Na Jung Sun became suspicious of her husband and asked to speak with Cha Jin Ho (played by Jung Joon Won). Park Sung Joon calmly handed his phone to her to reassure her about his faithfulness. However, when she directly asked him if he was cheating on her, he started to become uneasy. Once she left the table, he thanked Cha Jin Ho for doing him a favor and sighed in relief.

Park Sung Joon’s suspicious behavior is further emphasized in the newly released stills. During work hours, he meets a man at a cafe and hands him a thick envelope with a piercing gaze. Viewers are curious about the envelope of money and what secret he is hiding. 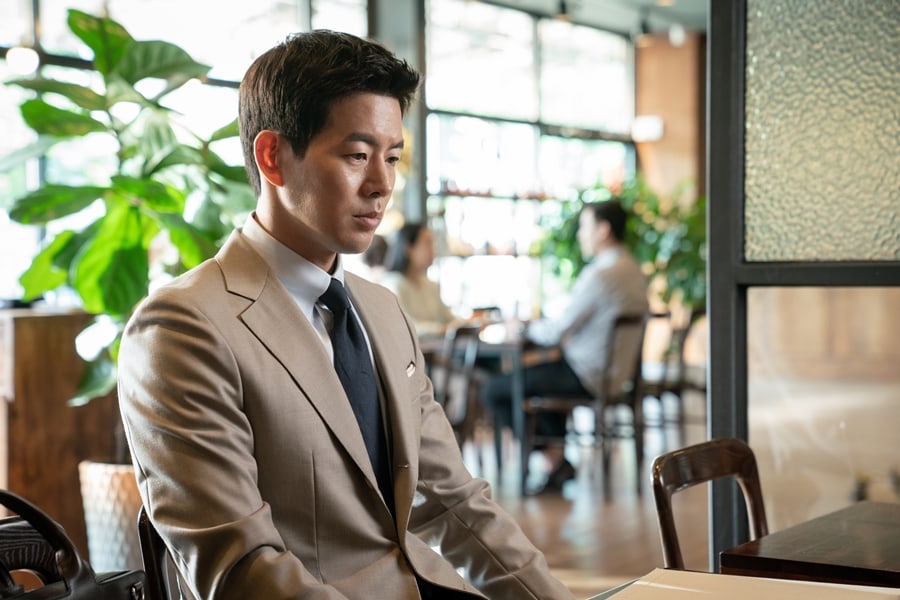 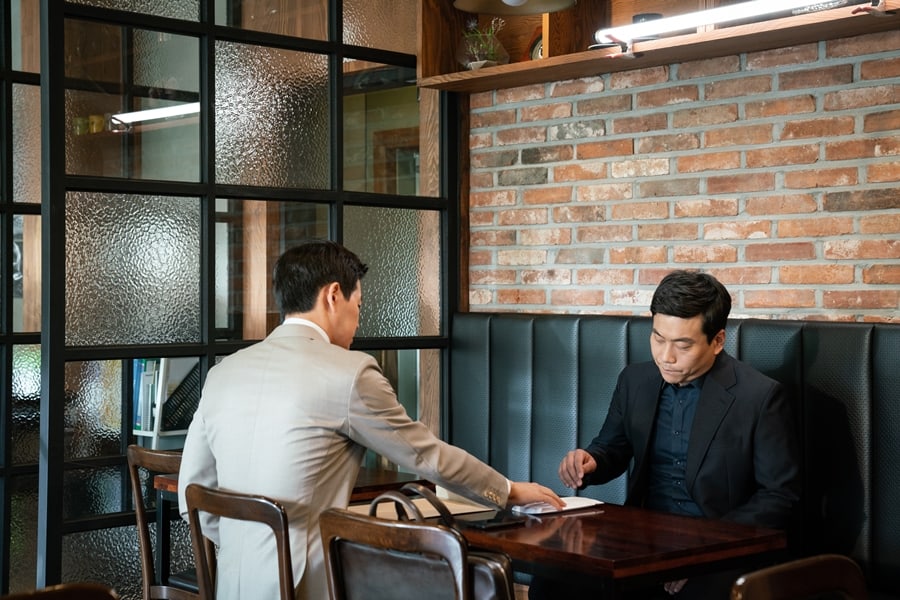 This scene was filmed at a coffee shop located in Ilsan District in the city of Goyang which is located in Gyeonggi Province. Lee Sang Yoon appeared at the scene while greeting each of the crew members, and he hurried to the set to take care of the props to be used. As expected, Lee Sang Yoon perfectly immersed himself into his mysterious character Park Sung Joon while showing off his extreme charisma through his restrained behavior. Once the cut signal was given, he laughed brightly, and the heavy atmosphere vanished quickly.

The production crew praised the actor, saying, “Lee Sang Yoon overpowered the scene by expressing the secret of his character with subtly uneasy pupils and expressions. Please watch how the development will become more mysterious as Park Sung Joon’s secret surfaces.”

Catch up on the latest episode here:

Lee Sang Yoon
VIP
How does this article make you feel?