KBS has released tension-filled stills of Jang Dong Yoon, Kim So Hyun, and Kang Tae Oh for the upcoming episode of “The Tale of Nokdu”!

Last week’s episode featured an unexpected reunion of Nokdu (Jang Dong Yoon) and Dong Joo (Kim So Hyun). The reunion made many viewers’ hearts flutter and ache at the same time as Dong Joo was forced to act cold and indifferent towards Nokdu despite her true feelings, but Nokdu bravely confessed his feelings for her. In addition, the episode heightened the tension of the drama even more when Nokdu and Dong Joo finally met King Gwanghae (Jung Joon Ho). This meeting made things complicated as it is later revealed that Nokdu is the son of King Gwanghae, while Dong Joo is on her quest for revenge against the King. The two are now put in even more danger as Yul Moo (Kang Tae Oh), who is after the throne, also found out the secret about Nokdu and his father.

In newly released stills, Nokdu and Dong Joo are spotted having a conversation, but Dong Joo still seems to be avoiding Nokdu. 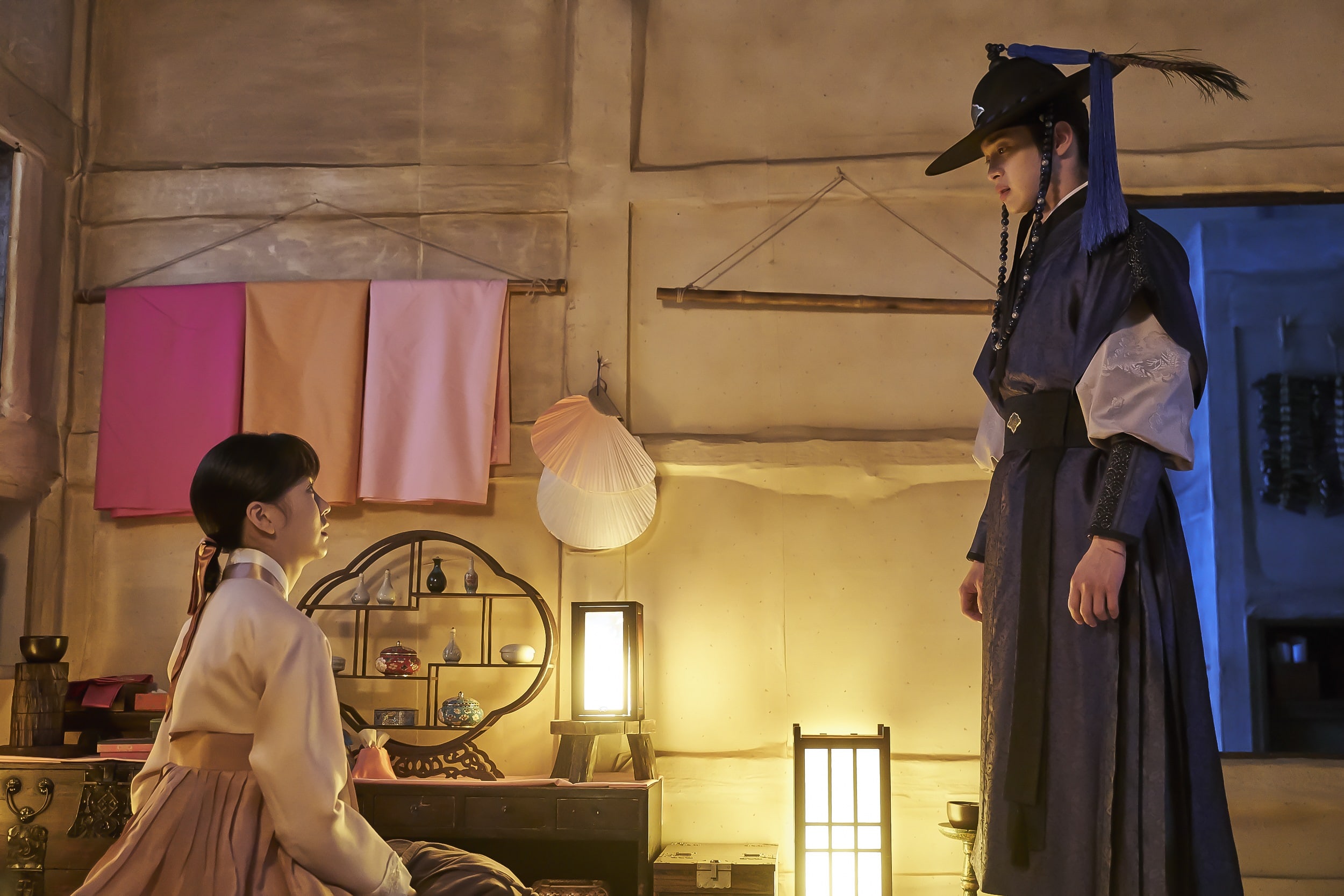 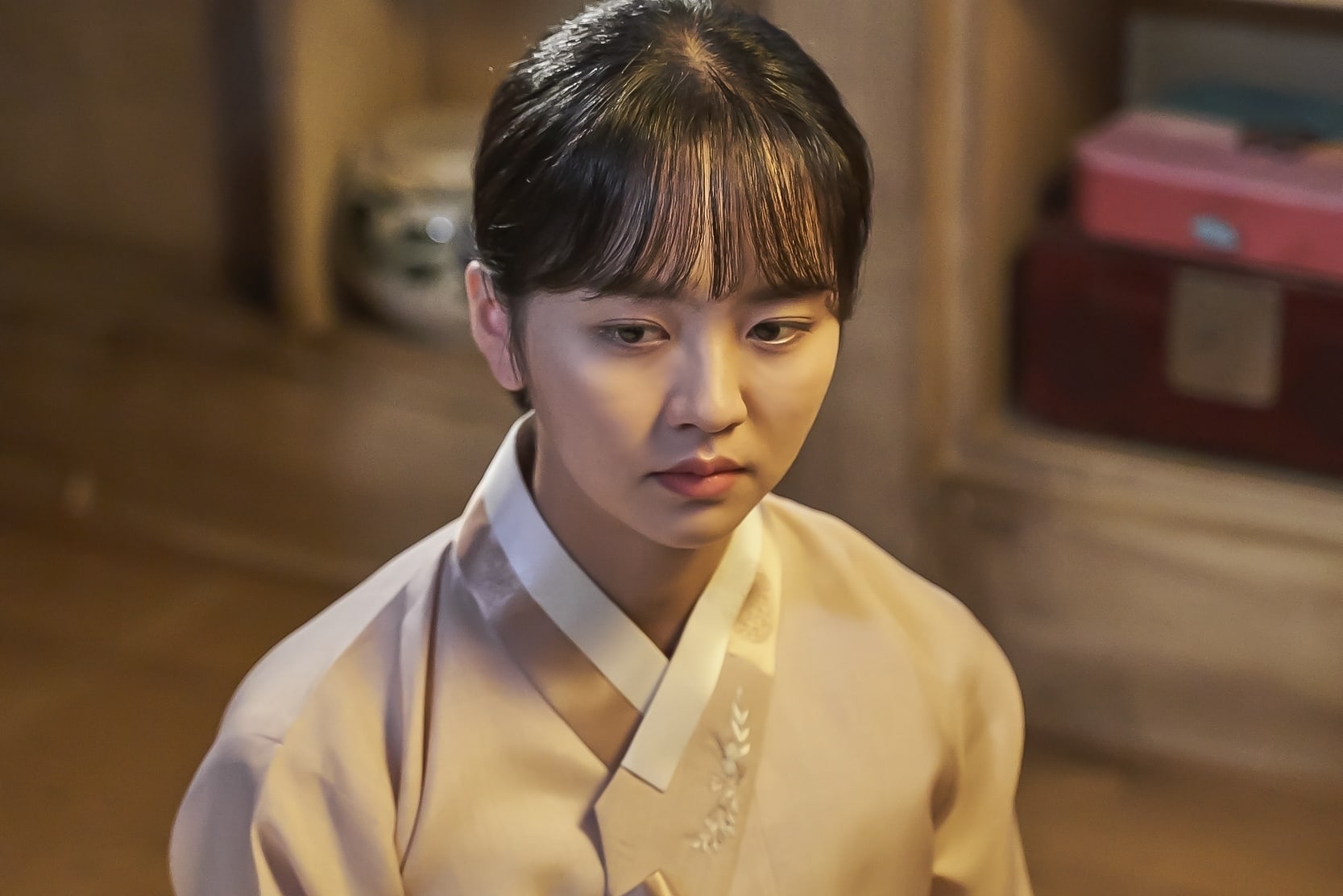 Other stills show Nokdu and Dong Joo facing Yul Moo. Nokdu holds Dong Joo’s hands as if he is trying to protect her from Yul Moo, who has a big smirk on his face. Viewers are curious to find out what will happen to the three now that the big secret about Nokdu’s upbringing is out. 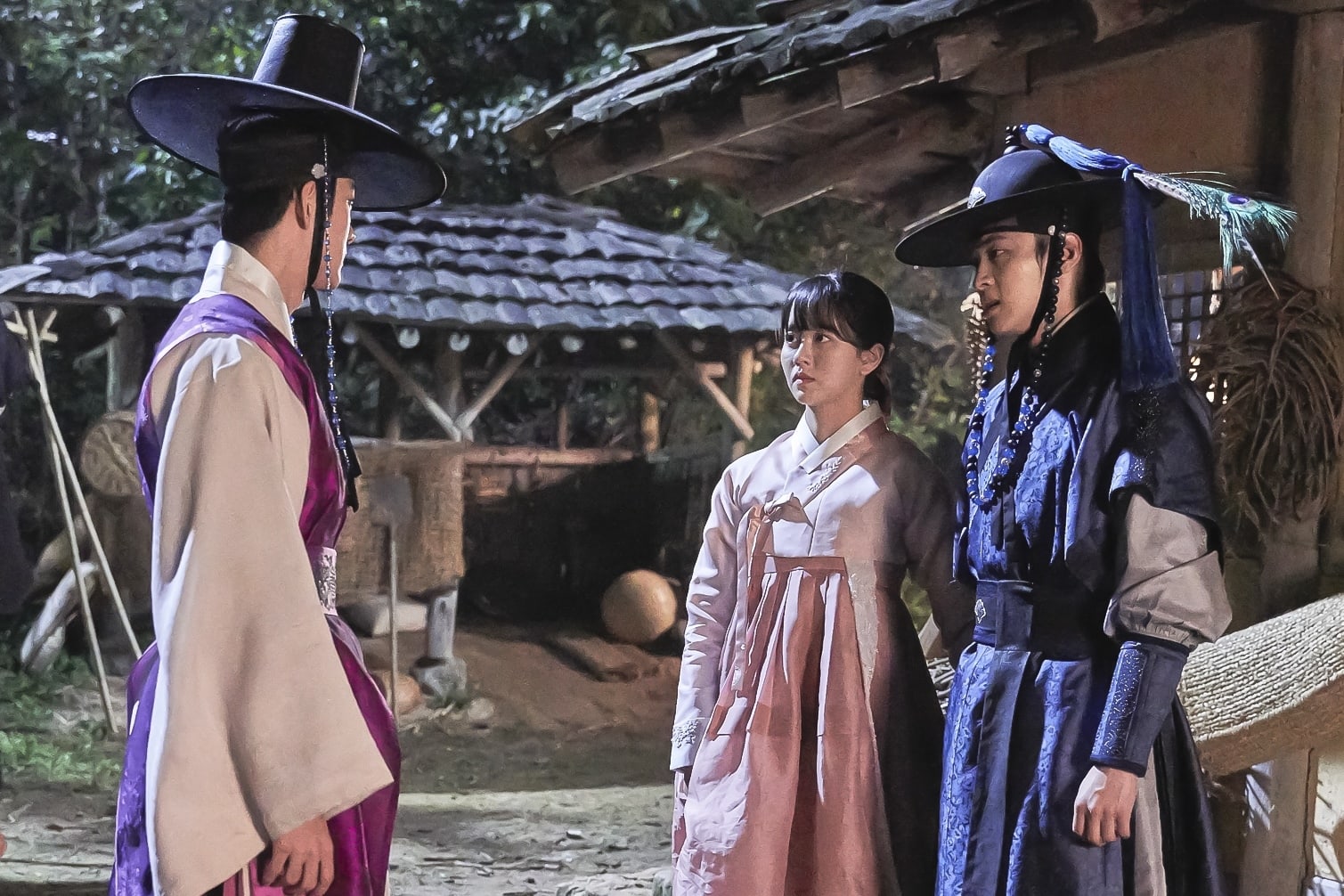 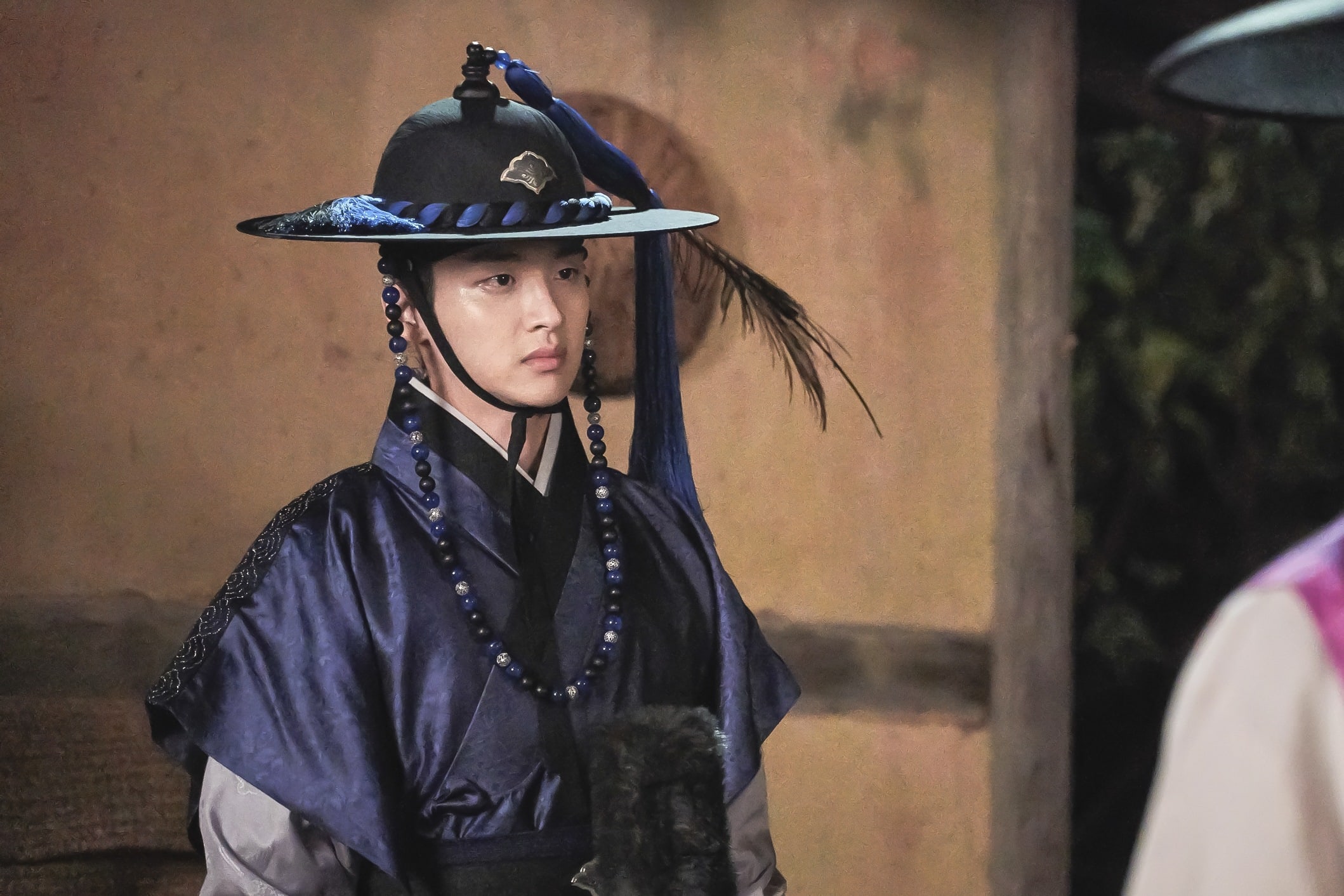 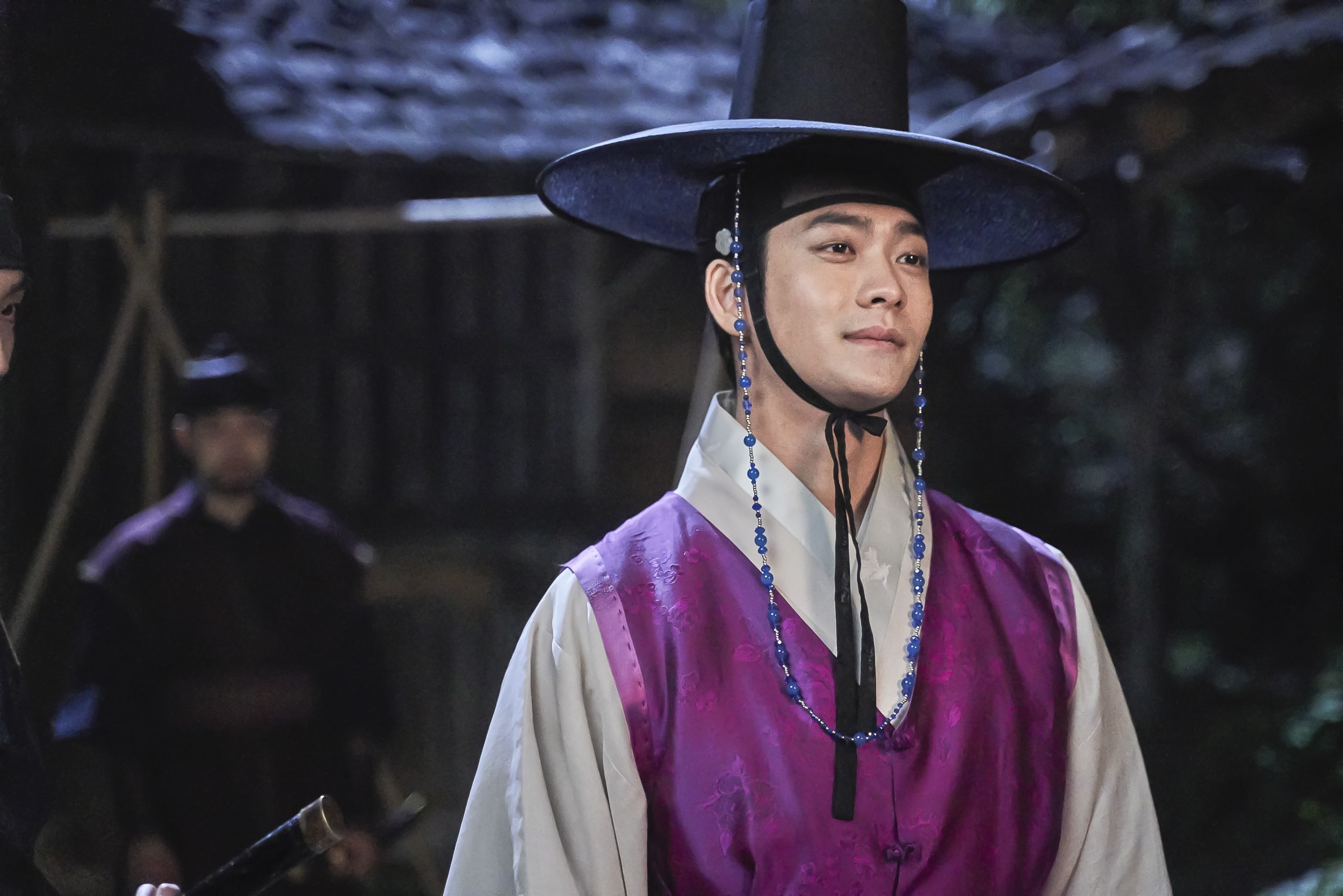 The production team stated, “An unpredictable story will unfold as Nokdu, who figured out that King Gwanghae is his biological father, successfully enters the palace. The second half of the drama, which has reached a turning point, will showcase a change in the relationship between Nokdu and Dong Joo due to the unavoidable attraction that pulls them towards each other. Please look forward to seeing their romance that will blossom in midst of crisis.”