On the November 3 episode of “Running Man,” the cast was joined by guests Hong Hyun Hee and Park Ji Hun in a new race.

While listening to the love story of Hong Hyun Hee and Jason, Jun So Min asked, “When do you get the feeling that this is it?” Yoo Jae Suk chimed in, “[Jun So Min’s love line] doesn’t have that right now, but she does have some feelings for Yang Se Chan” and Jun So Min replied, “I wouldn’t be able to act like this if I really did.”

Listening to this, Kim Jong Kook said, “It’s not that [Jun So Min] has feelings, but she’s imagining about what he’d be like as a potential marriage partner since her parents are in favor.” Jun So Min explained, “He needs to give me room to imagine.”

When HaHa asked if she has more interest in him because he doesn’t give her any room for speculation, Jun So Min answered, “He’s more charming [that way].” 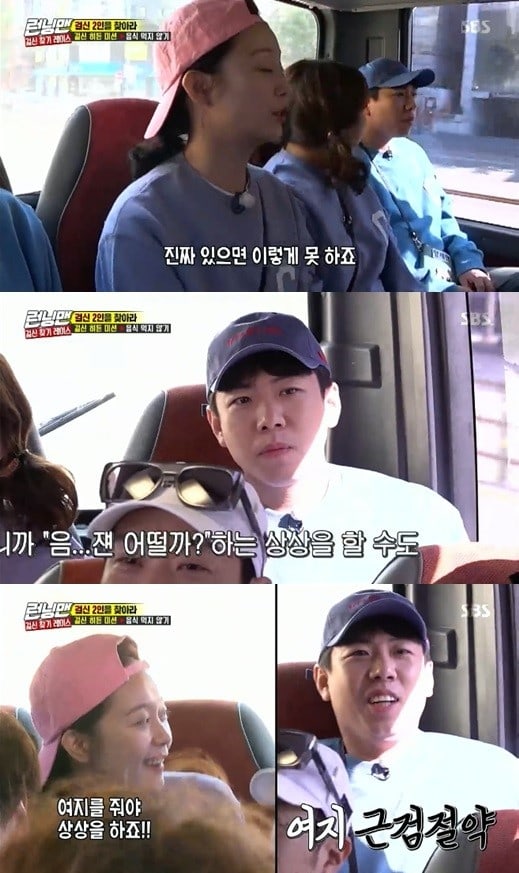 She continued, “Yang Se Chan is very stern and cool. I think that if he gets married, he’ll only like his partner and put up an iron wall [in front of other women].” Hong Hyun Hee added, “That’s why Park Na Rae liked him because he said no and turned her down. He specifically states no if it’s a no and doesn’t play the field.”

HaHa commented, “There’s no such thing as not being it. You don’t know that and you get married later. Go Eun [Byul’s real name] told me that I wasn’t it, too.” Kim Jong Kook humorously added, “Yang Se Chan said that he saw Jun So Min’s eyes roll back to the back of her head after getting drunk.” 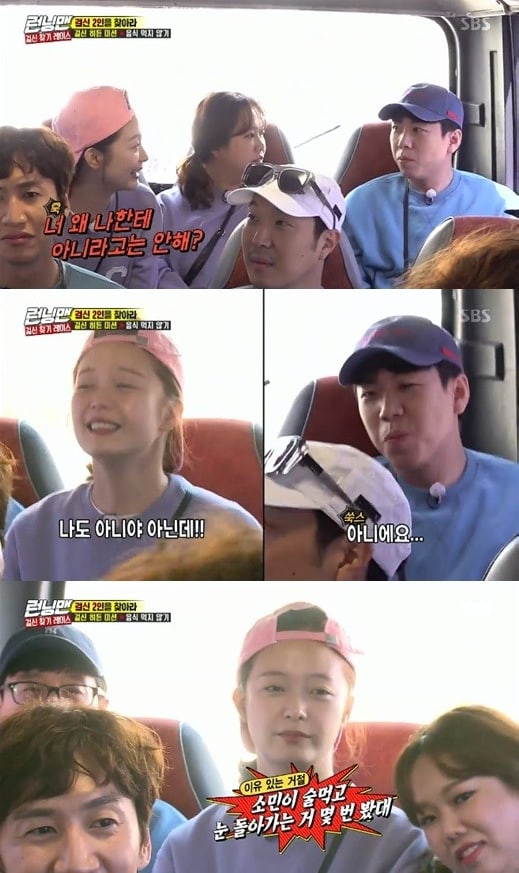